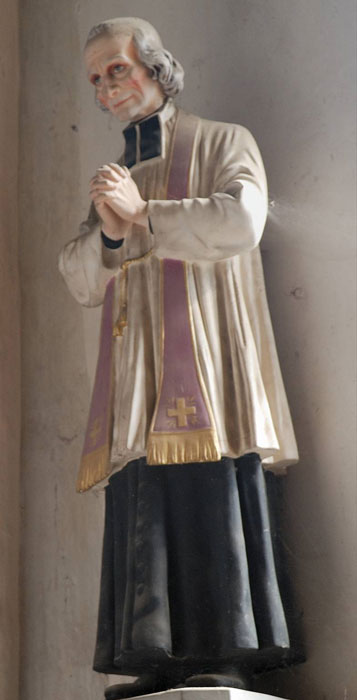 At Sacred Heart Seminary in Detroit and Mundelein Seminary in Chicago there are statues of John Vianney, the Cure of Ars, saint of parish priests. The joke was that at age 59 I looked like the Cure of Ars so my fellow seminarians would ask to have their pictures taken with me to send to their friends. (It had something to do with the hairline and not my piety). In fact one seminarian hung this picture of the uncorrupted body of the Cure on my door.

It was a humble reminder to not take myself too seriously. We are made to return to the Father, but in my case not as incorruptible as the Cure.

The Cure of Ars lived around the turn of the 19th century and the French Revolution. As a young boy he remembers and the anti-clericalism that forced priests underground. His family home was a safe house for the outlawed priests. Politics changed when Napoleon finally took over. But anticlericalism grew in other parts of the world and in the 20th century had a 75 year reign in Mexico. The early days of this is persecution is captured movingly in Graham Greene’s powerful novel The Power and the Glory. Published in the 1940, TIME magazine in 2005 listed it as one the best novels of the twentieth century.

Greene’s “whiskey priest”, who is never named, is strange to be associated with the pious John Vianney. One is fictional and the other is real. Both are hero’s but quite different. In our strange world it is interesting that the pious one is real and the wretched one fictional. Both are tormented. Vianney was recognized in his own life as being a very holy person and people flocked to see him. He tried to escape the adulations by escaping to a monastery but always was called back to the simple life of parish duties. He lived a life of destitution by choice giving all to the poor.

The “whiskey priest” was a sinner from the start. Unlike Vianney, he was like Viannney’s tormentors, priests who took the trappings of office too comfortably. 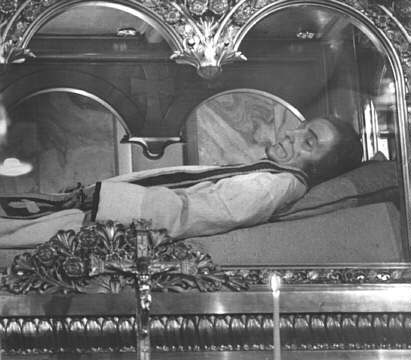 He exulted in his position. He fathered a child, was a drunkard and when the persecution came he crumpled and was forced to live the poverty that Vianney choose. However in his poverty he continued to fulfill his priestly duties no matter how imperfect he was. His struggle is what makes him loved by God and Christ-like.

Vianney is known for his austerity and his sermons on sin. Strangely the first sermon I read, the 14th Sunday after Pentecost, was on love. I will not question God’s design but this is my theme. Vianney’s writes beautifully about love. God created us for love, to love God and to love each other as God loves us. Love is not words, but actions. What raises us up to God and makes us Christ-like are our actions. The “whiskey priest” going to hear the confession of a dying man, knowing that it will also be his death, is heroic. We are not challenged like that, but daily we are offered ways to die to self. Today have you listened to anyone? Today have you listened to God? Today have you loved anyone? Today have you loved God?