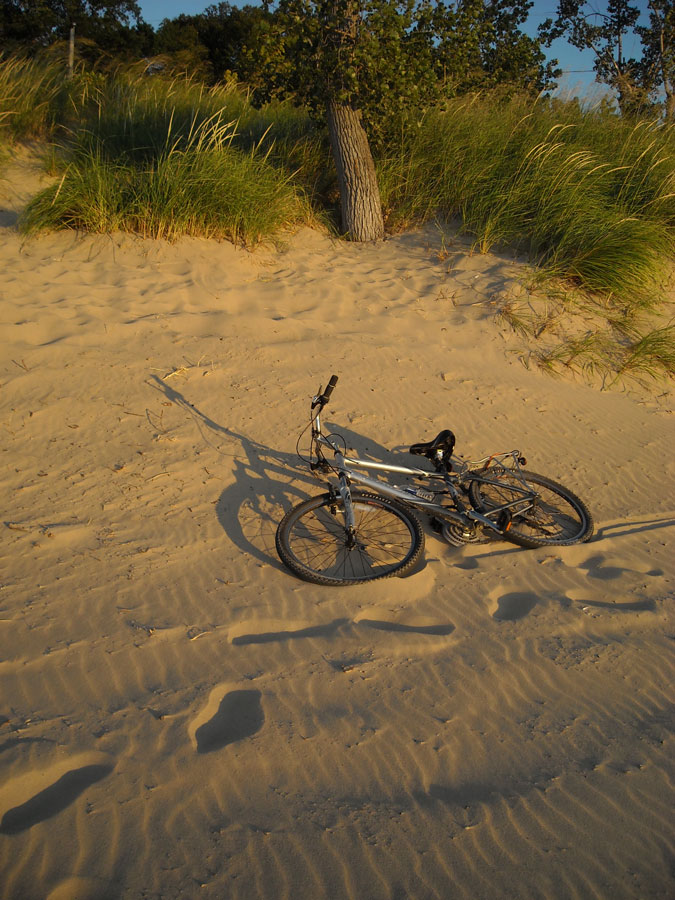 I have always enjoyed sitting on the southern tip of Lake Michigan, savoring the waning days of summer and the cool north wind blowing strongly straight down from Canada piling up waves and cool air on the Indiana shore. White-capped waves rolling ashore that transported me to a Pacific Beach. Surfers were enjoying some the best waves of the summer. Catamarans were slicing though the waves that the windsurfers and kayakers had relinquished to them. A different Lake Michigan than my youth when inner tubes or water skis were about all you would see among a few sails.

A little guilt washed over me as I lounged with a book in hand and a drink at my side, I should be exercising. My son had just commented on his perceived portrait of me having a few extra inches around my waist. I did say I was going to do a bike ride and then a walk on the beach. The guilt of savoring the pleasures of the afternoon, the thoughts of grilling the tenderloin for dinner and then watching the sun set over the lake. I would not be doing not what I ought to do, but what was enjoyable, I returned to the lake with each crash of a wave.

What has happened to Sunday? Why don’t people come to Church anymore?

A serious question of my youth was: Is it a sin to cut the grass on Sunday? Of course it was never questioned: Is it a sin that grandma or mom worked harder on Sunday cooking a feast in an un-air-conditioned kitchen? You could not buy a sundae on Sunday in Evanston. Work and commerce were sinful. Shopping on Sunday was not an option. On Sunday you went to church, visited, and went for drives. Somehow we lost Sunday. 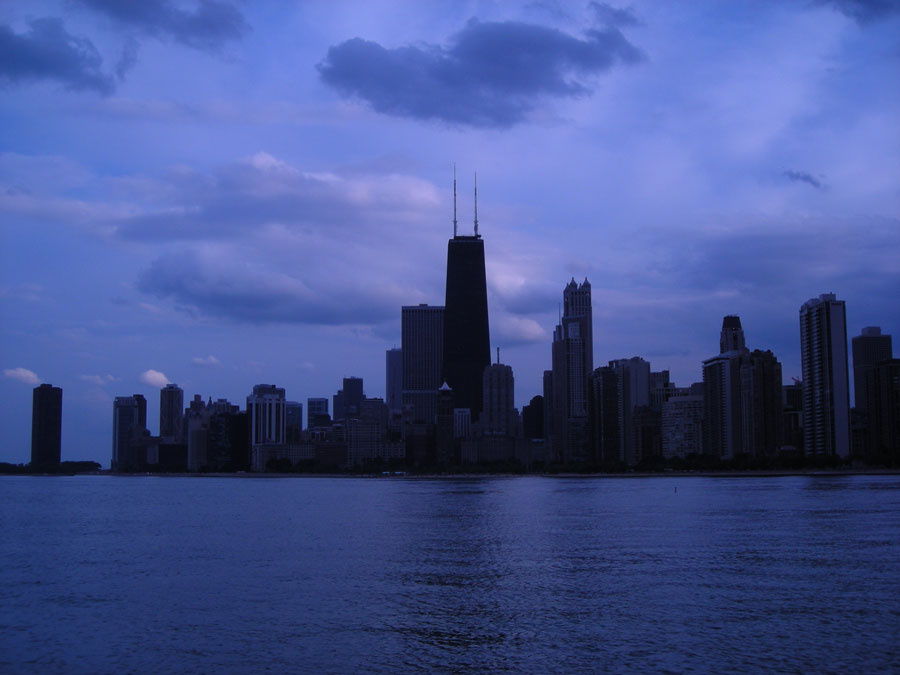 Sunday is no longer a special day, if anything it is a day to catch up, not to rest. Time to rest is important because in the leisure we can reflect. And what can we reflect on? We can reflect on the wonders around us that we do not appreciate. We seem to see only what we are instrumental in bringing about and not what God has brought about. We have nothing to give thanks and praise for when we do not marvel at creation.

While sitting on the beach watching the waves crash, through the mist I see the outline of the Chicago skyline. That manmade marvel is awesome but when we only credit man for what man has made we miss what is really awesome, God. God rested on Sunday to marvel at His creation. We need to stop to marvel at God’s creation and give thanks and praise to the one that never stops creating us.