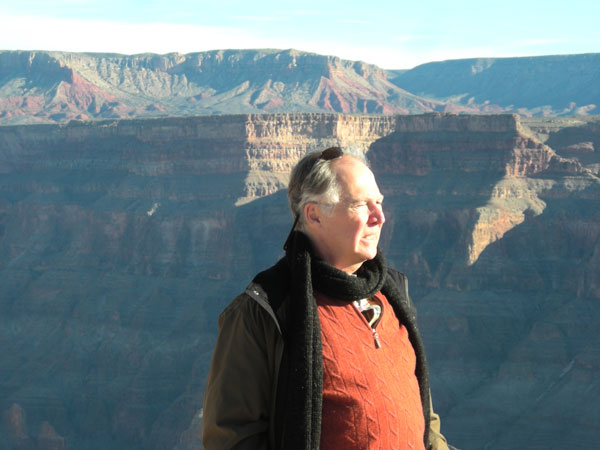 The first reading at Masses this past week has been from Genesis. Creation and the story of the great flood conjure up great images. Like the contrasting stories of creation and the purging of the persistent pouring of precipitation, the symbols that flood my mind come from two contrasting places.

A couple of winters ago I went to Iceland for my winter break. Most of my time in Iceland, the temperature was warmer than here. The weather was more like Seattle – rain. Reykjavik is a small city and I was able to walk the streets going up and down alleyways, tiny streets that held small shops full of interesting items – Iceland is a shopping Mecca for Europe.

In one small shop I found a bronze disk from Germany that an artist sculpted the story of Creation in concentric circles. God sits in an open circle atop His act of love, ordering the sun and moon, water and firmament, trees and plant, animals and man, and inscribed around the edge, Und Gott Sah, Dass Es Gut War, And God said, that it is good. In fact when it was done God proudly said it was very good. I shared the plaque with the congregation.

This winter I decided to look for sun. I went to Arizona. There I saw in a most beautiful way the glory of creation. After warming up in Phoenix and visiting the botanical gardens to get some knowledge of the flora that I would see, I took the Grand Canyon Railroad to the Grand Canyon Village on the south rim and then drove to the west rim and the SKYWALK in the Hualapai Nation.

At the west rim, a new development, in comparison to the south rim, I felt the newness of creation. I walked to the edge of the canyon where there were no walls or fences to stop me but my own common sense. The Skywalk did provide me with the protection of glass walls while giving me the exhilaration of standing above the canyon floor, 3,000 feet below. 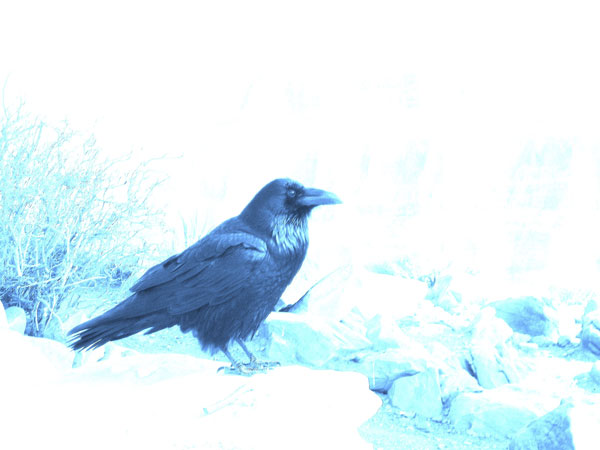 Walking to Guano Point ravens flew around gliding around in the abyss before me as they have done for ages. Their ebony feathers reflected the light as a black prism, the total darkness resplendent in color. Their size amazed me as they perched or strutted around me as I sat eating my lunch praying that I would finish before they grabbed my food. They were menacing compared to the quick and quirky quaint quails that darted quietly around my feet at the botanical gardens.

Different images flew through my head as I watched the ravens.

Poe’s poem: Once upon a midnight, while I pondered, weak and weary, Over many a quaint and curious volume of forgotten lore. While I nodded, nearly napping, suddenly there came a tapping…in there stepped a stately raven of the saintly days…Tell me what thy lordly name…quoth the raven “Nevermore”.

Native American myths picture the raven as a trickster stealing fire or the sun. The totem pole on our grounds here at St. Paul’s has an image of a raven, the story of creation in a different culture.

As I sat on the Grand Canyon rim and marveled at the wonders of God world, the flood water that carved this colorful abyss, the playful birds, volcanic Iceland warmed by the Gulf current, I was reminded of Voltaire musing: God is a comedian playing to an audience that is afraid to laugh. 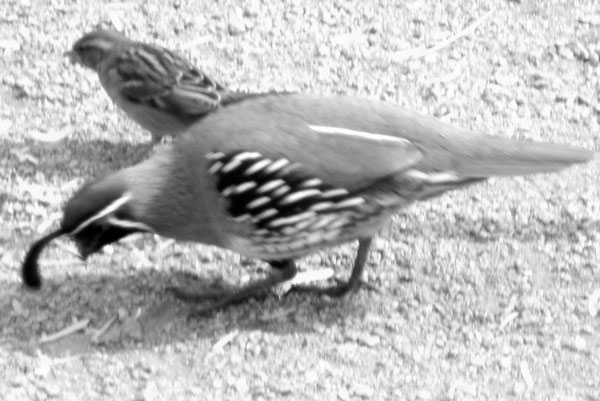 God created a beautiful world full of people that were created in His image and likeness and who He said was good. When we fully understand God’s love and humor and make it a part the world will be GOOD as God created. Let’s start today.