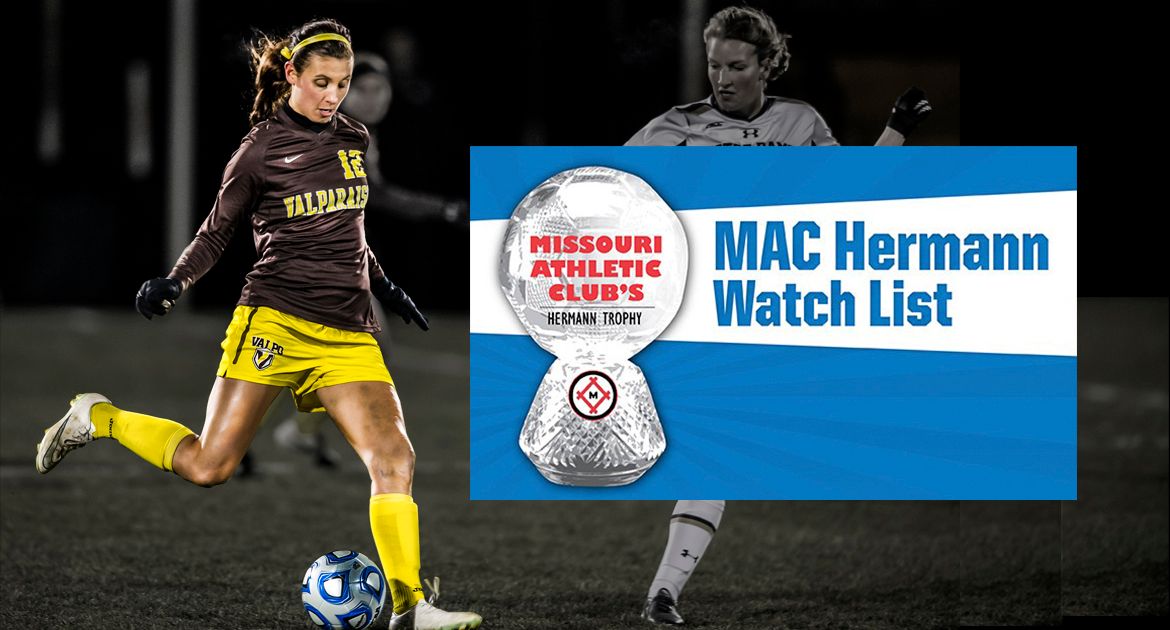 Coming off of the most decorated campaign by a single player in Valparaiso women’s soccer history, senior Rita Craven (Frankfort, Ill./Lincoln-Way North) reached another new height on Wednesday, becoming the first player in program history to earn a spot on the 2015 Missouri Athletic Club (MAC) Hermann Trophy Watch List.

The MAC Hermann Trophy is the most prestigious individual award in NCAA soccer, presented annually to one male and one female athlete. The winners will be announced Friday, Jan. 8, 2016, at the trophy presentation banquet at the Missouri Athletic Club in St. Louis.

The watch list mention comes on the heels of Craven earning NSCAA Third Team All-American honors in 2014, becoming the first Crusader in program history to earn the prestigious award. A standout on both sides of the ball for the Crusaders during her junior campaign, Craven was named Horizon League Player of the Year and Horizon League Offensive Player of the Year after a season in which she tallied five goals, four of which were match-winners, and three assists, finishing in a tie for second on the team with 13 points.

The box-to-box midfielder matched Valpo’s single-season record with her four match-winning goals and enters her senior year with seven career match-winners, tied for second-most in program history. Craven helped lead the Crusaders in 2014 as they enjoyed the best season in program history – winning a school-record 14 matches, rolling through the Horizon League regular season undefeated and earning just the second NCAA Tournament berth in program history, where they battled Notre Dame scoreless into the 90th minute.

Craven is one of just 28 players on the 2015 watch list for the Hermann Trophy, as well as one of just 10 midfielders. The watch list, as well as any in-season breakout stars, will be pared down to 15 semifinalists near the end of the collegiate regular season.