Last Saturday night was the closing performance of Tammy: A Coming of Age Story About a Girl Who is Part T-Rex at Chicago Street Theatre. The play is the first published work of Julia Weiss, a Chicago Street Theatre Alumnus now based in Chicago. The entire theatre welcomed her back with open arms as she came to opening night, and participated in a special “Tammy Talk Back” with one of the audiences. The play takes the audience through the life of a typical pre-teen middle school girl: She has a crush on the most popular boy in school, and wears jean jumpers. Everything normal except for being half dino. When the popular girls play a mean prank on her, she gruesomely murders everyone, and the story ends with Tammy in jail for (probably) life. I was lucky enough to portray Tammy.

Usually when I do a show, I am happy when its over. Tammy was way different. I have been sitting around with post show depression since the cast’s final bow, and the cause, without a doubt, is the talented cast and crew I had the opportunity of working with. Because of the nature of ​Tammy, it only calls for one or two people per scene, so it was hard to know what to expect when we all rehearsed together two weeks before it opened. I was especially nervous because we had to pull off a massacre scene complete with fake blood. When I was little, I wore princess dresses and pretended I was a horse, so I didn’t know the first thing about killing everyone... Artfully killing everyone. I had never even thrown a punch. The directors took care of me, and brought in a Fight Coordinator to teach me the moves. He taught me how to skillfully rip out a back bone, an arm, and intestines. The first time I did it with all the gore, I cried a little because it felt so real. I wasn’t sure how the cast was going to pull this scene off, but the moment we finished the first run through, I knew that this was something worth being a part of.

A big part of what made the show successful was instead of unchangeable direction, directors Andy Urschel and Tim Gleason planted seeds of ideas that helped the actors grow into the characters they played onstage. The show was not just their vision, it was all of ours. Behind the scenes, we had a super hero team that spent all their time making sure the actors looked their best. Our lighting designer, Bob Cooley, went above and beyond, coming early to rehearsals to make sure that every single light cue was spot on. Our stage manager, Vicki Zimmerman, kept us on task and organized, always making sure our props were set and that we only handled our own props (if not, the result would be your hands being chopped off). Because everyone in the cast and crew was so focused, it was almost impossible for an error to occur. If there was even the slightest problem, the entire cast would come together to make sure the problem was fixed.

The hardest part of the “Tammy Rex” job description was being able to roar like a T-Rex. I did not want to roar in front of people, that was so awkward. I started off weakly saying the word “roar” until Andy decided to shut that down. When he asked me when I was going to start roaring for real, I knew I just had to go for it. The first time I roared, I’m pretty sure I sounded like a dying cow rather than a T­Rex. But lucky for me, a person CAN improve their T-Rex roar! I even felt sad after my last roar on closing night, because when would I ever get the chance to roar onstage again? Some of the other characters faced funky challenges as well. Julia Michaels, who portrayed mean girl Jennica Lupis, spent a lot of time in rehearsal learning a technique called “vocal fry” which is basically talking like Kim Kardashian.

When I accepted the role of Tammy back in November, I truly had no idea what a big effect the show would have on me. I learned more in two months from these directors, cast, and crew about theatre than I have ever learned in my entire life. I grew not only as an actress, but as a person, and I owe everything to Tammy. I struck it rich being able to work with so many amazing people who gave this show their all, and I feel pretty cool saying I know them. 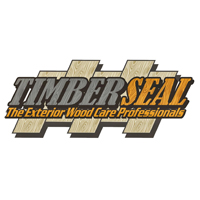