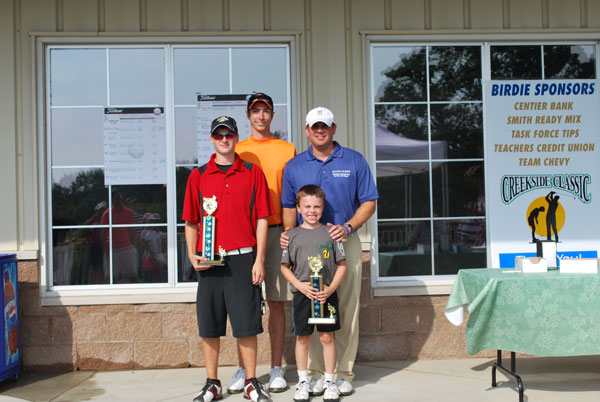 More than thirty junior golfers age 12 and under participated in the Creekside Classic For Kids Skills competition on July 22. They played at Creekside Golf Course and Training Center in Valparaiso. Juniors competed in six skill areas and the winners were:

The afternoon 12-hole scramble, which consists of two adults and two juniors in each foursome, was won by junior golfers Grant Jakubowski and Tim Talley, paired with Todd Jakubowski and Dylan Kittle with a score of 38. The runner up team paired junior golfers Alyssa and Emily Harvey with David Harvey and Jack Felton, finishing with a team score of 39. The third place finish went to junior players Anthony Denger and Jonathan Gross, golfing with Matt Denger and Kelly Copeland.