Colin Terrill, Sports Information Director at Calumet College of St. Joseph, had no idea what to expect out of the Crimson Wave Men’s Basketball Team at the start of the season. Most of last year’s roster had moved on, and their starting five are all new to the role. The talent was certainly there, but translating that to success is never easy.

The team got out the gate running, picking up early and convincing wins without dropping any games. Then they kept going and going, eventually hitting a historic 12-win streak to start the season. That blows away the Crimson Wave’s previous best by a huge margin, and earned the team a numbered ranking in the National Association of Intercollegiate Athletics (NAIA) Division II.

“To put it in perspective, the now second best start that the men’s program had was 4-0—that isn’t just a small jump,” Terrill said. “It takes a good team to go 12-0, no matter who you are playing. They’re also ranked the highest they have ever been in school history right now at #22 in NAIA DII.”

Getting national recognition is a significant step for a small school like CCSJ, which usually hovers at or near 1000 students in enrollment. The program does not always have the infrastructure to match their bigger conference opponents, but the show the Crimson Wave is putting on this season is drawing attention. 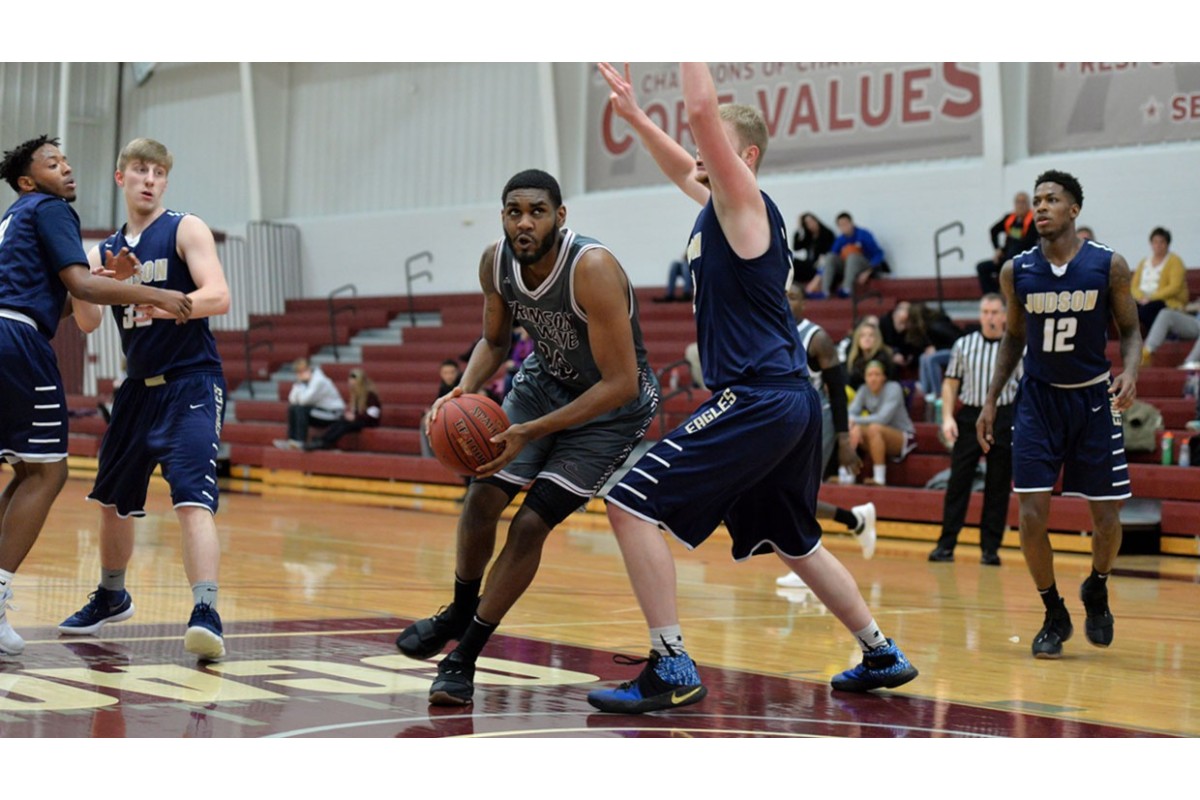 “Being a small school in a conference among a lot of teams that have more money than us is always a challenge,” Terrill said. “Getting the national attention is huge. That gets our name out there. When people start hearing the name Calumet College of St. Joseph, it gets more eyes on you. It makes it a lot easier to market and go out and say, ‘This is why you should be a part of the Crimson Wave family.’”

The team did eventually drop a game, and their current record is 14-2. There is a lot more ball to play, and all that’s left is conference games, meaning each win brings the Wave one step closer to the playoffs. Though there is a lot of pressure for the team, they are handling it like pros.

“I think the guys are just going out there and having fun,” Terrill said. “They stay grounded and don’t get ahead of themselves. Coach Sexson has them focused, so all they are really thinking about on that court is the next possession. If you get too far ahead of yourself in a ballgame, that’s when the errors start popping up.”

The basketball team is not the only part of the Wave family to make an impression recently. The men’s bowling team has gone to nationals for 12 straight years, which is a nationwide record. Five members of the track and field team went to nationals last year. Overall, the Crimson Wave has 19 total teams competing in a wide variety of sports.

“For such a small place, success is really starting to spread school-wide,” Terril said. “And for our basketball team, all that’s left is the long road to the playoffs. If they keep going at the pace they’re on now, it should be a fun ride. Hopefully that ride includes a trip to nationals in March, but that’d be getting ahead of ourselves!”