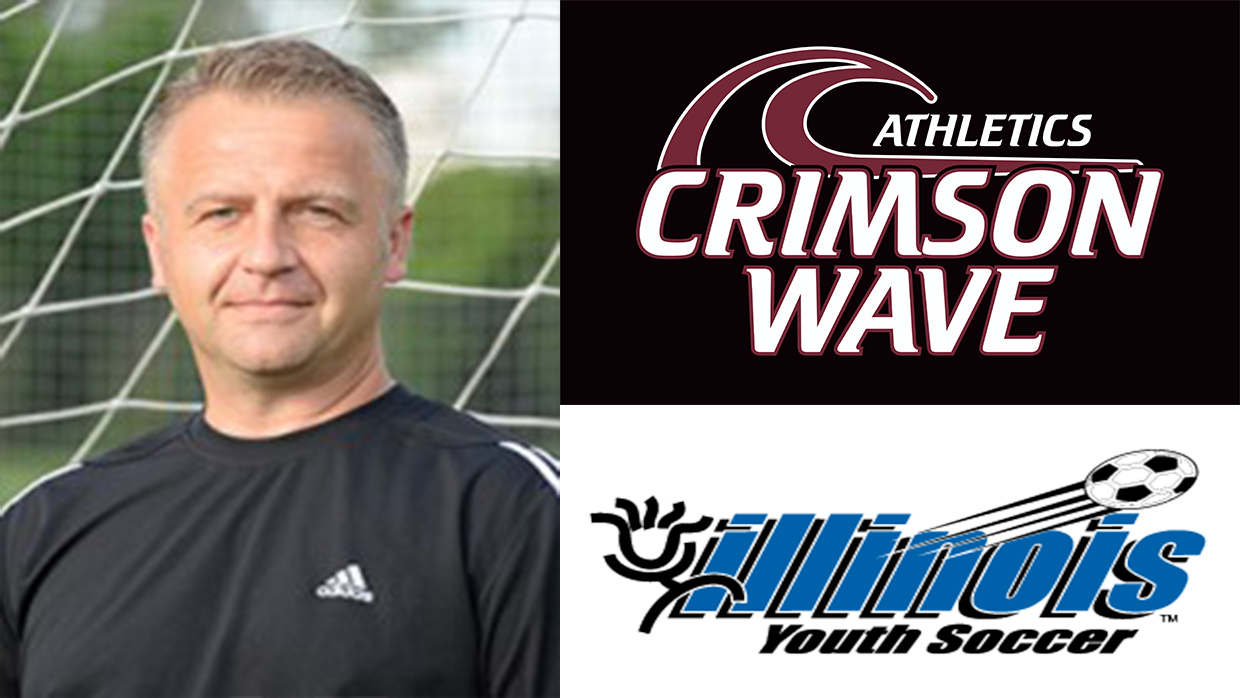 Radziszewski tenure as the leader of the women’s program, now in his second year at CCSJ, will not be effected by his acceptance of this new position.

Radziszewski, who played at all levels in his native land of Poland, could not wait to talk about his new gig, which will allow him to be involved in soccer full time, a goal of his for quite some time. “On the scale one to 10, it is definitely 10-plus excitement level that I’m experiencing right now. This is an amazing opportunity for me to work with great players and coaches, as well as being able to make a difference by supporting clubs and soccer organizations across the state of Illinois. Helping coaches achieve their goals by monitoring their player’s development and providing continuing education to them is something that I’ve wanted to do for a while now.”

The job doesn’t stop at the state level however. Radziszewski went on to explain how this positon will allow him to interact with the US National Team members, some of whom he is very familiar with. “On a larger scale, I will have a chance to work with great US Soccer coaching staff and instructors around the country. Some of them were my mentors when I was taking my licenses, and the best part of it is that they still are, even if I haven’t talk to them or seen them for months.”

In his new position, Radziszewski will be in charge of implementing and conducting IYSA development programs, such as Soccer for Success and Olympic Development Program, planning and conducting coaching education program events, and creating new curriculums for coaches at all levels. In the future he would also like to add an international program to the state level as well.

Radziszewski sees this position as a platform to share his passion with others, as well as bring new blood into the game. “According to some researchers, soccer is the second most popular youth sport in the U.S. behind basketball, and ahead of baseball, well ahead of football. If you ask me, I think soccer is already the biggest youth sport in this country. Just drive around the parks over the weekend and you will see soccer games being played everywhere!”

Radziszewski continued, “Soccer is growing every day. Of course I will try to get new people into the sport, but this process has started a long time ago and it is unstoppable.”