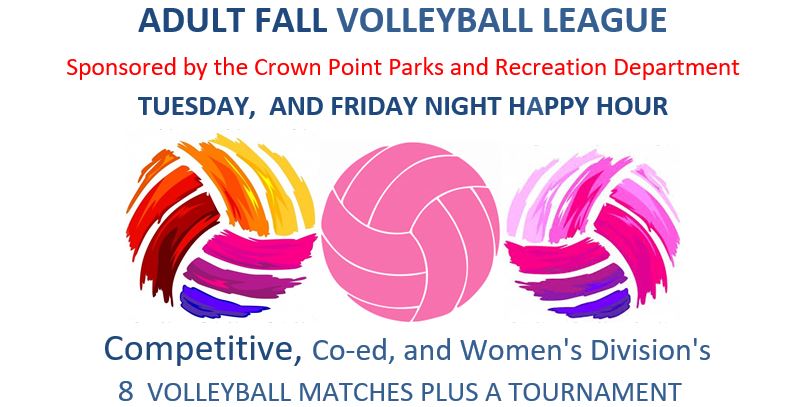 All Friday matches will be played on the state of the art Ignite Elite Volleyball Courts.

Crown Point residents are those whose address resides within City of Crown Point limits.

For further information in regards to registration, and verification of residency contact: