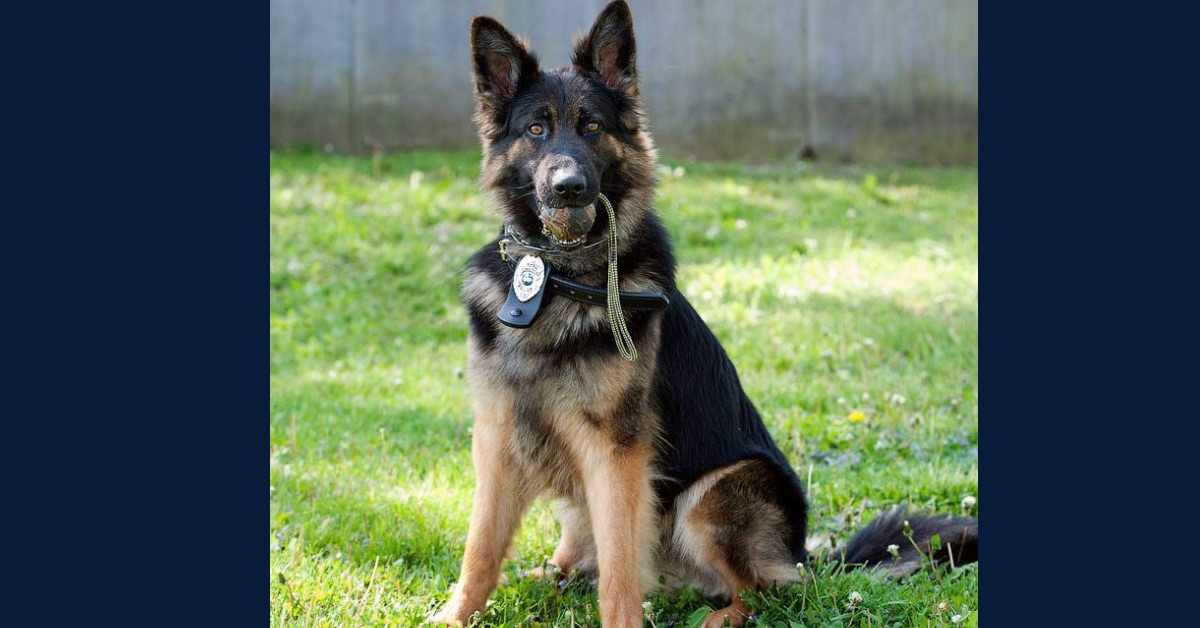 The Crown Point Police Department is mourning the loss of K-9 Ace. Ace joined the department in 2013 with Cpl. Dave Wilkins as his handler. Ace retired from the department in November 2020 after being diagnosed with arthritis in his spine.

Wilkins and Ace were partners for eight years. The pair were involved in various drug finds, tracking situations and incidents in which the duo was called upon to protect their fellow officers.

Ace was a dedicated K-9 officer. He was involved in various activities outside of tracking down bad guys, including demonstrations for the Crown Point Police Youth Camp and field trips from local schools.

Cpl. Wilkins and Ace received two prestigious awards in 2014. The first was a Life Saving Award through the City of Crown Point. In April 2014, Cpl. Wilkins and K-9 Ace tracked a female who was suicidal and left on foot during a winter storm. The duo found her behind a large fallen tree. Had Ace not found her, it was certain she would not have survived. The pair also received an award from the American Police Canine Association in September 2014 for tracking robbery suspects and locating stolen money.

“Our officers are sad to see another respected K-9 pass this year. We hope K-9 Ace finds peace and is reunited with his fellow officers, K-9 Radar and K-9 Buddy,” Police Chief Ryan Patrick said. “Our thoughts are with Cpl. Wilkins and his family during this difficult time.”

Ace loved spending time with Cpl. Wilkins’ daughter when off duty. They were inseparable, often going on walks and playing ball.

“Ace had a special way of tilting his head when we would talk to him. It was his way of letting everyone know he was listening to us talk,” Sgt. Jeff Eldridge said.

Eldridge, the K-9 supervisor for the department, added: “Ace was the last of the three K9s who joined the department beginning in 2008. There was Buddy, then Radar and Ace followed shortly after. It is the end of a truly great era of K-9s in Crown Point.”