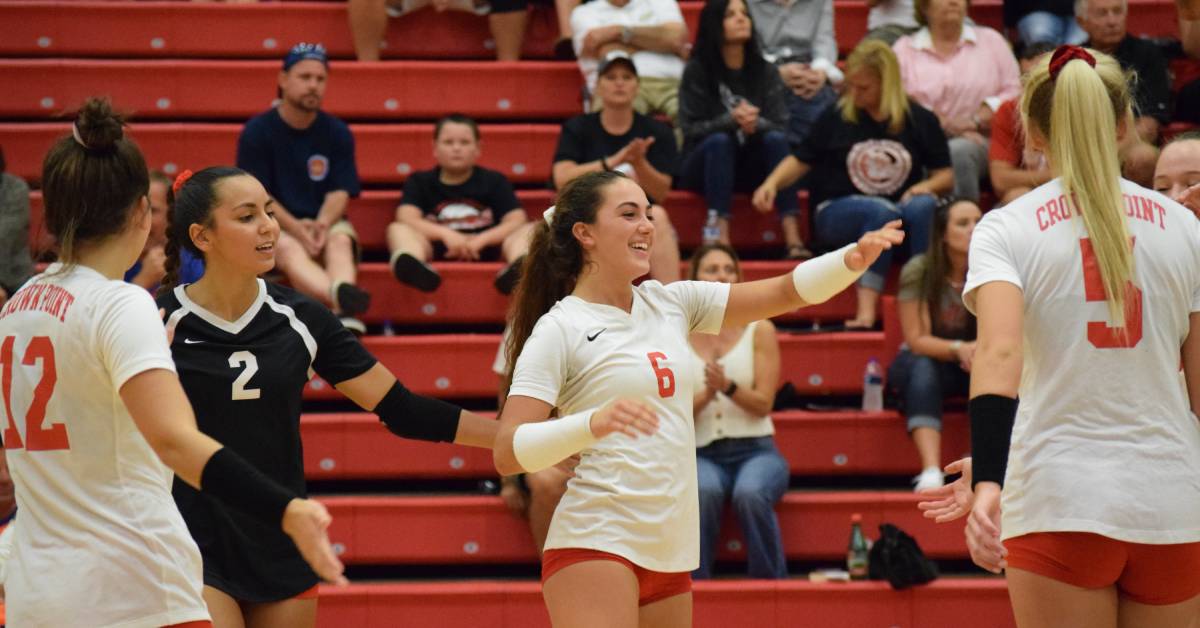 The Valpo ladies knew that Crown Point was going to be a tough opponent to beat. The Lady Vikings fought valiantly against the Bulldogs in an all-out war on the court. But the out-of-bounds lines proved to be a terrible foe as the Vikings fell 0-3 against the raging Bulldogs.

The Valpo ladies came in having gathered a few more losses than they would have hoped thus far in the season. Head Coach, Katie Lenard, was hoping to lead the team to a big victory against Crown Point to give her team a little bit of momentum going into the rest of the season.

“We’ve been working on our communication more than we have before,” said Lenard. “Crown Point is always a good team, and this game is something we always look forward to because it’s a good measuring stick for us.”

Valpo senior captain, Grace Healy, wants to keep the team positive above all else. She knows it’s important not to let the losses get the team down and to focus on keeping the energy up and encouraging the entire team

“It’s definitely going to be a good game, we’re all really hyped to play some good competition, and we just need to play our best,” said Healy. “I think we’re coming up and doing better with every game so hopefully we can do even better tonight.”

For Crown Point, the team is looking at keeping their streak going. With no tough losses behind them or injuries taking out key players, the team is healthy and confident and looking to keep their competitive edge. Head Coach, Alison Duncan, is thankful her team has been healthy this season because she knows that could change at any moment.

“We just need to focus more on ball control and really take control on our side of the court,” said Duncan. “This game is always competitive and intense, so it’s a match that we look forward to all season.”

Crown Point senior captain, Olivia Panepinto, is hoping to keep the team working to improve so that they can be completely solid by post-season play. As a captain, she knows communication and encouragement are key to keeping the team playing together like a family.

“We’ve been practicing for a while for competitive games like these so we’re really ready to come out and rock it,” said Panepinto. “We’re still building and working on our offense so that’s going to be a really big factor.”

Crown Point came into the first set strong defeating Valpo quickly 25-16. But Valpo wasn’t going to go down easily and fought with everything they had in them. The next two sets could have gone either way as the teams were tied neck and neck. Valpo fought back a 10 point deficit in the second set but Crown Point prevailed 25-22. Valpo came back strong taking an instant 5 point lead in the third set, but Crown Point kept their rhythm going and came back to win 25-19. Both teams fought hard and should be proud of how they played tonight.