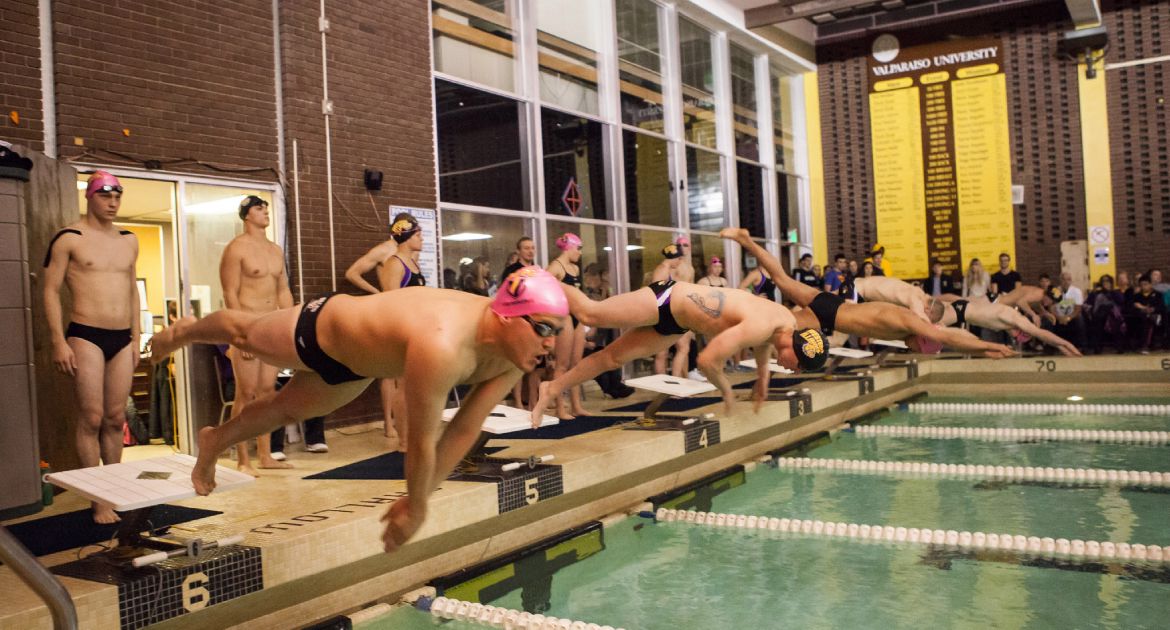 The Valparaiso University men’s and women’s swimming teams announced their schedule for the 2015-16 season on Thursday. The schedule features three home meets, including the season opener on Saturday, October 3rd as the Crusaders take on Lewis at 1 p.m. at the ARC.

Valpo will then head on the road October 17th for the Indiana Intercollegiates in West Lafayette. The first weekend in November, the Crusaders will be in Illinois, taking on Western Illinois on the 6th and following that up with a meet at Eastern Illinois on November 7th.

On November 13th, the Valpo swim team returns back home for a meet against Rose-Hulman at 1 p.m. at the ARC. Just one day later, the Crusaders will travel to Saginaw Valley State for their last meet in November.

December kicks off with a three-day weekend invite at Calvin College in Grand Rapids, Mich. on December 3rd-5th. Valpo will then have over a month off before it travels to Green Bay on January 15th to start off 2016.

January 23rd, Valparaiso returns home for Senior Night as they face Eastern Illinois for a second time in its final home meet of the season. The Crusaders close out the regular season as they travel to Evansville University on January 31st. The Horizon League Championships will take place in Oakland, Mich. from February 24th-27th to round out the season.