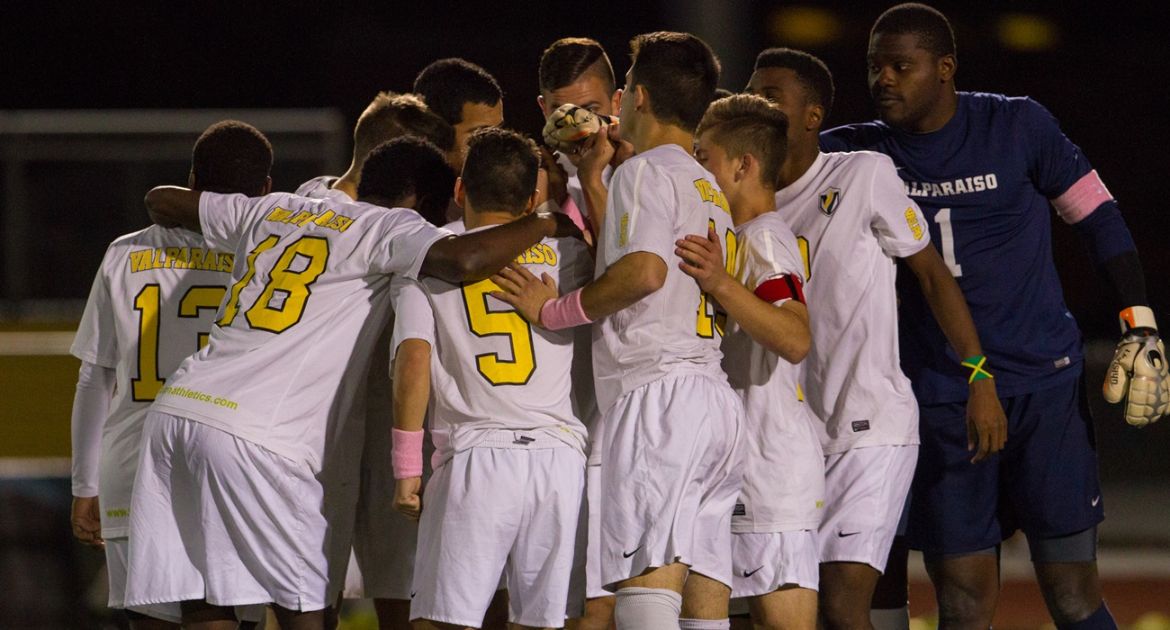 “We have always sought to test ourselves with our scheduling, and 2015 is certainly no different,” said Avery. “We have an ambitious schedule that will challenge both the quality and the depth of our roster. We get to play some great programs in some beautiful venues, and these are exactly the types of games that our players expect when they sign on with Valparaiso.”

The exhibition slate starts off with one of the toughest tests possible, as Avery will take the Crusaders downstate to Bloomington to take on perennial powerhouse Indiana on Aug. 17. The Hoosiers, eight-time NCAA College Cup champions, were ranked among the top-10 teams in the nation throughout last season. Valpo then returns home one week later on Monday, Aug. 24 to host Division II Lewis, which won 11 matches last year.

The regular season opens on Friday, Aug. 28 with a bang, as Valpo will kick off a three-match road trip at Kentucky, which won 10 fixtures out of Conference USA last season and advanced to the NCAA Tournament.

The season-opening road trip continues three days later at Cincinnati and wraps up Friday, Sept. 4 at Western Illinois. Loyola comes to Brown Field for the regular season home opener on Monday, Sept. 7, while the Crusaders will also host Omaha (Sept. 28), a squad which won 10 games last season, in non-league action.

As part of a five-match road trip in October, Valpo will face a pair of stern non-league tests, traveling first for an Oct. 14 contest at New Mexico, which won 11 matches last year and was ranked within the top-25 in the nation for most of the season. The Crusaders will take on Michigan out of the Big Ten on Oct. 19, while also facing IUPUI (Sept. 11) and Western Michigan (Sept. 23) on the road in non-league play.

The Horizon League slate begins on Sept. 19 with a trip to Detroit for the Crusaders, while the league home opener comes on Sept. 26 against Cleveland State. Valpo will also host Belmont (Oct. 24), UIC (Oct. 28) and Green Bay (Nov. 6) in league play while traveling to Milwaukee (Oct. 3), Wright State (Oct. 10), league newcomer Northern Kentucky (Oct. 17) and Oakland (Oct. 31). The 2015 Horizon League Championship will be held Nov. 9-14, with the winner earning the league’s automatic berth to the NCAA Tournament.

“The Horizon League is really on an upswing, and I think 2015 will be one of the most competitive seasons yet,” said Avery. “The league has added a new member in Northern Kentucky, and I know they will be another solid addition to the conference. For us, the NKU addition comes in a difficult stretch of non-conference games - sandwiched between already scheduled road games at New Mexico and Michigan in what was formerly our bye week - but this is an example of when our roster's depth will be tested, and we are excited for the challenge.”