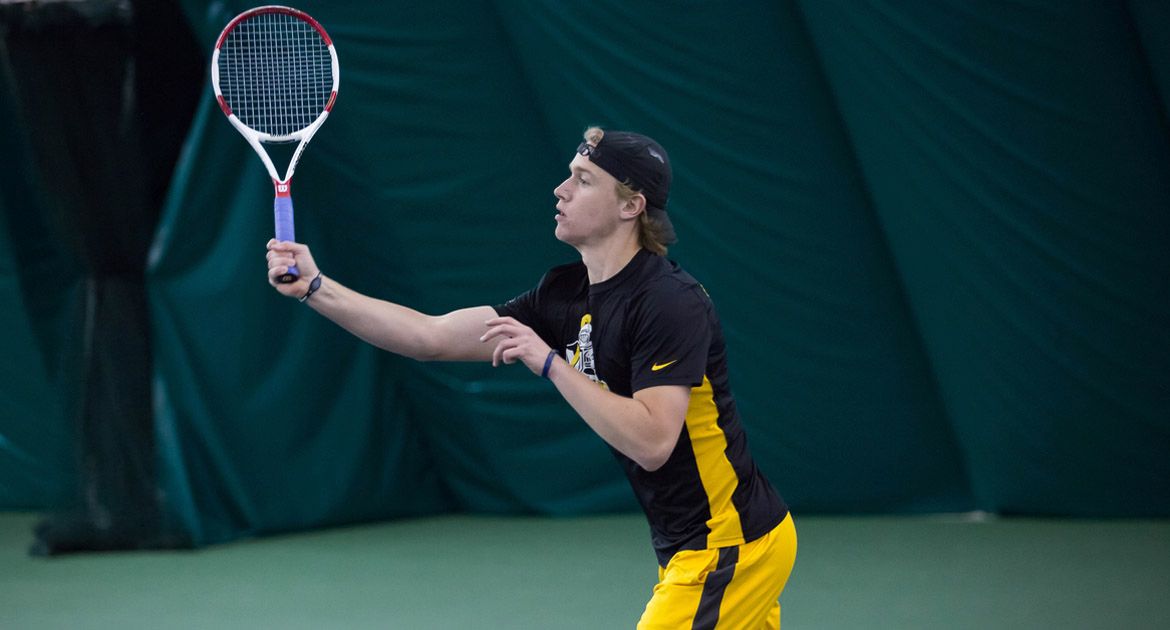 The Valparaiso men's tennis team secured the doubles point for the sixth consecutive match Sunday en route to a 4-2 victory over Dayton at the Five Seasons Tennis Club.

Dave Bacalla (Skokie, Ill./Niles North) and Chase Hamilton (Hinsdale, Ill./Central) raced out to a 6-1 win at No. 2 doubles versus Bernando Sanson/Josh Malyon. Garrett Gardner (Poland, Ohio/Poland)/Lucas Waak (Manitowoc, Wis./Roncalli) brought a rapid end to doubles play thanks to their 6-3 triumph opposite UD's Graham Reinbold/Simon Jayaram at No. 3.

The Flyers evened the match at 1-1 after the first singles showdown.

Malyon recorded a 6-3, 6-3 win over Charlie Emhardt (Carmel, Ind./Carmel) at No. 4. Valpo responded with three consecutive victories to clinch the match.

Valpo (17-4) will return home for a key Horizon League contest versus Green Bay (10-6). The team will be handing out t-shirts prior to the match. The two teams will square off on Saturday, April 4th at 2:00 pm CT.