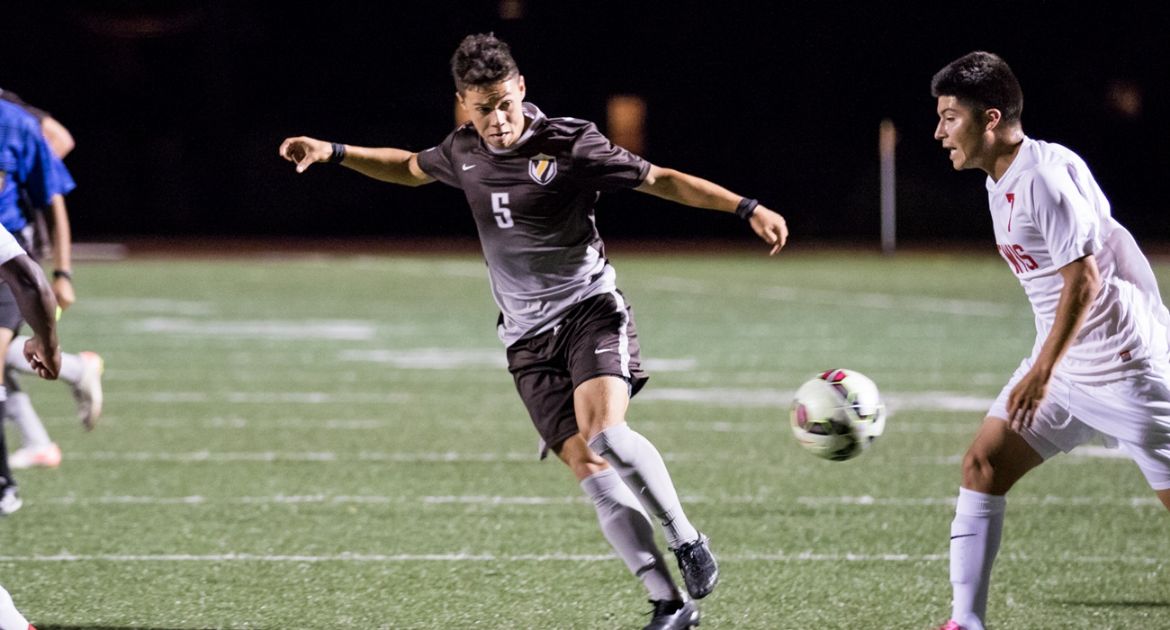 An evenly-matched, hard-fought game for the Valparaiso University men’s soccer team at Cincinnati Monday evening ended on a down note, as the Bearcats converted on a penalty kick in the 103rd minute to send the Crusaders to a 1-0 defeat.

A game which saw each team earn a fair number of chances, the Crusaders were out-shot by the Bearcats by a narrow 10-8 margin over the 103 minutes of play. Cincinnati (2-0-0) attempted seven corner kicks to Valpo’s five as well, while it was a fairly physical affair, as the Bearcats were called for 18 fouls to 16 fouls for the Crusaders.

“It was another good game, a very tight battle between two good teams, and we came out on the wrong end in heartbreaking fashion,” said Crusader head coach Mike Avery. “After more than 100 minutes of solid defending, we had a single lapse of concentration and were punished for it. It's a great lesson for a team that played eight guys who are seeing their first real minutes at Valparaiso, and even if it makes the drive home seem a little longer, we will learn from it and move forward.”

Valpo’s best opportunity at earning the victory on Monday evening came halfway through the first extra period, as junior Deven Mason (Albuquerque, N.M./Eldorado [Virginia Tech]) cut a ball back into the six-yard box to fellow junior Isaiah Madrid (Albuquerque, N.M./Eldorado [FGCU]) for a great attempt at goal. But Madrid’s shot took a slight deflection off a defender and the game remained scoreless.

Junior goalkeeper Nico Campbell (Kingston, Jamaica/St. George’s College) made a pair of saves in the first two minutes of the second extra session – two of his four saves on the night – to keep the game at nil-nil. But on a corner kick from the Bearcats in the third minute of the period, a Crusader defensive miscue resulted in a foul in the box. Cincinnati’s Emmanuel Appiah stepped up and knocked home the kick from the spot to end the game in the Bearcats’ favor.

“You could argue that a draw would have been a fair result, though both teams had some chances,” said Avery. “It was fitting in some ways that their #3 was able to end the game on a PK, because he was certainly one of the best players on the field tonight. Cincinnati is a quality team and will have a strong season, and it was fun to come to Ohio to play them for the first time.”

Valparaiso (0-2-0) continues a stretch of six road fixtures in its first seven matches of the season on Friday as the Crusaders travel west to play at Western Illinois. Kickoff on Friday evening is scheduled for 5 p.m.

“We get two players back tomorrow that had to sit the weekend as their eligibility got worked out, and we are nearing a full return of the roster from some little summer injuries that plagued us through the preseason,” said Avery. “This is one of the most talented groups we've ever had, so despite some tough results to start, this team has a ton of potential.”