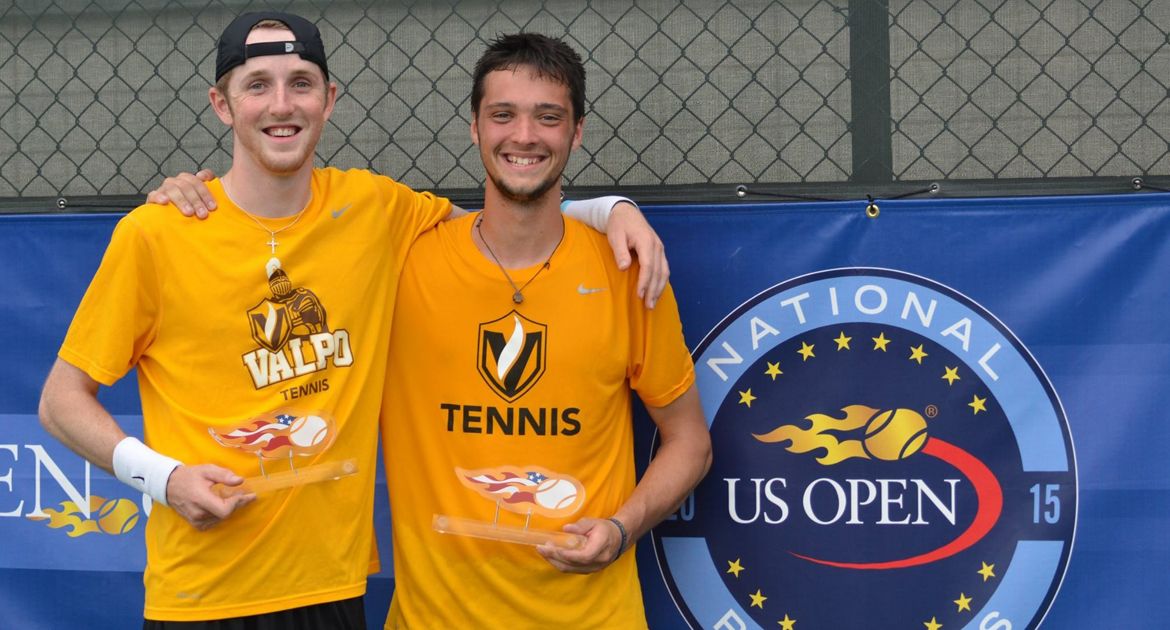 The Valpo men's tennis team cracked the Intercollegiate Tennis Association (ITA)'s Midwest Regional Top 10 for the first time in program history. This month's rankings - which include the likes of Illinois, Ohio State, and Notre Dame - feature the Crusaders at #10.

On an individual level, junior Jeffrey Schorsch (Perrysburg, Ohio/Perrysburg) earned a #18 ranking amongst singles players in the Midwest, also a program first. Schorsch racked up 28 singles victories this past spring, amending his school record of 27 set in 2014 as a freshman. Schorsch enjoyed an equally impressive reign on the doubles court as well. Schorsch and Charlie Emhardt (Carmel, Ind./Carmel) amassed a 30-5 record atop doubles play for the Brown and Gold.

That success has carried over into the summer, where the duo is participating in a United States Open qualifier.

The Valpo pair polished off the sectional qualifying portion of the tourney with a 6-4, 6-4 dispatching of Martin Joyce/Sam Sweeney. Joyce is a five-star recruit who has committed to Ohio State while Sweeney is a former UIC Flame.

The trio of victories vault Schorsch and Emhardt into the 16-team Connecticut Open held in New Haven beginning on August 25th. The winner of the four-day tournament will receive an entry into the main draw of the U.S. Open, held later that month in Flushing Meadows, New York.