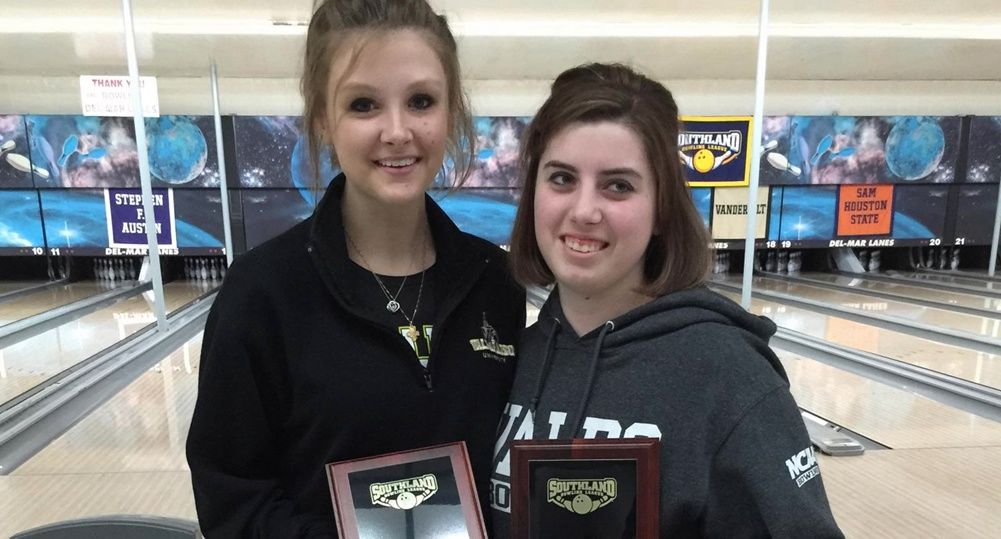 #16 Valparaiso saw its run at the inaugural Southland Bowling League Championship in Houston, Texas come to an end one match shy of the championship match, as the Crusaders finished in third place after falling to #3 Arkansas State on Sunday morning.

“I think that finishing third this weekend at our league championship, we proved to a lot of people that we can compete with anybody in the NCAA,” said Crusader head coach Matt Nantais.

Valpo, which advanced to the final match of the back draw by virtue of wins over Louisiana Tech, Monmouth and Sam Houston State on Saturday after dropping its first match of the tournament, faced off with the Red Wolves for the right to advance and face Vanderbilt for the first-ever league title.

The Crusaders struggled to find their footing on the right-hand lane, opening with a 126 game as Arkansas State easily took the opener, 240-126. Valpo rebounded by edging out ASU in game two, 204-202, to even the match at a game apiece. Another struggle on the right lane resulted in the Red Wolves pulling ahead once again, as they took game three 218-138.

Valpo again bounced back to even up the match, winning the fourth game 190-177 to bring the match down to a best-of-three. But the Crusaders would see their run stymied at that point, as Arkansas State earned wins in game five (192-136) and six (224-155) to close out the match and send Valpo to a third-place finish. Vanderbilt would eventually claim the inaugural title.

The Crusaders’ third-place finish bested a pair of teams ranked in the nation’s top-seven, as both #5 Stephen F. Austin and #7 Sam Houston State finished behind Valpo in the first year of the Southland Bowling League. The league will be eligible for an automatic bid to the NCAA Championship as early as 2017, ensuring that Valpo would be in competition for an automatic bid when they are implemented in 2018 – the current proposal from the NCAA Bowling Committee.