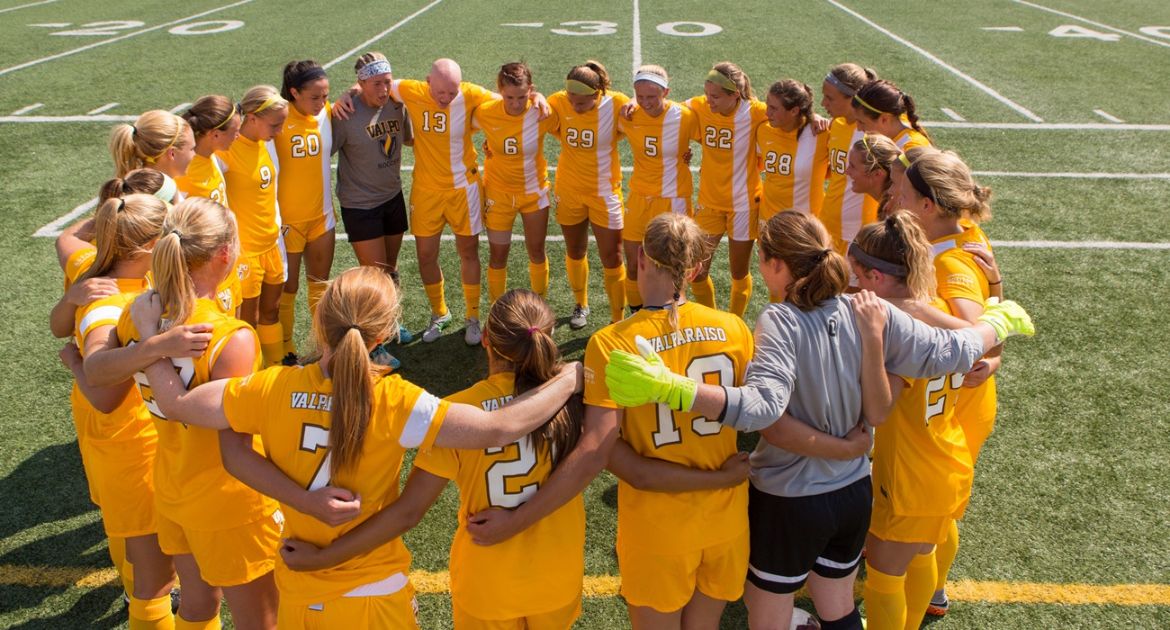 Coming off of a perfect run through the Horizon League schedule in 2014, culminating with the program’s first Horizon League regular season and tournament championships, the Valparaiso women’s soccer team is a unanimous choice to finish atop the league table again in 2015, according to preseason polling of the league’s head coaches.

The Crusaders received all nine possible first-place votes, as head coaches were not allowed to rank their own team, to finish with 81 points. Oakland received the remaining first-place vote and was ranked second with 63 points, narrowly edging out Detroit with 60 points.