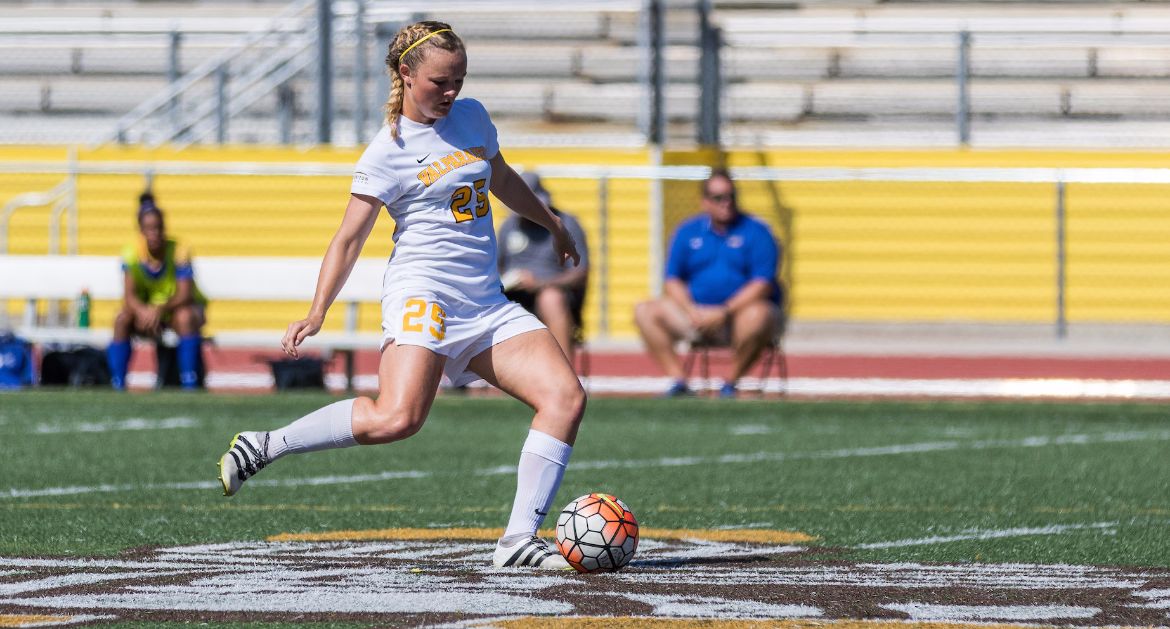 Entering its first season of Missouri Valley Conference play in 19 years, the Valparaiso University women’s soccer team has been picked to finish in fifth place in 2017 according to preseason polling of the conference’s head coaches. In addition, junior forward Cory Griffith (Lemont, Ill./Providence Catholic) has been selected to the 11-player preseason All-Conference squad.

The Crusaders tallied 29 points in the polling to finish tied for fifth with UNI. Defending champion Illinois State was chosen to top the table with seven of eight first-place votes, while Drake was tabbed second and picked up the other first-place vote. Loyola and Evansville were picked third and fourth, respectively, while Missouri State and Indiana State rounded out the voting.

A Second Team All-Horizon League selection in 2016, Griffith struck for seven goals and three assists last season as a sophomore. Griffith made the most of her goals, as five of her seven tallies were match-winners, setting a new program single-season record, leading the Horizon League and ranking 25th nationally.

Valpo opens the 2017 regular season on Friday evening, August 18, from Brown Field against Grace. Kickoff is slated for 7:30 p.m., with live stats available via ValpoAthletics.com.