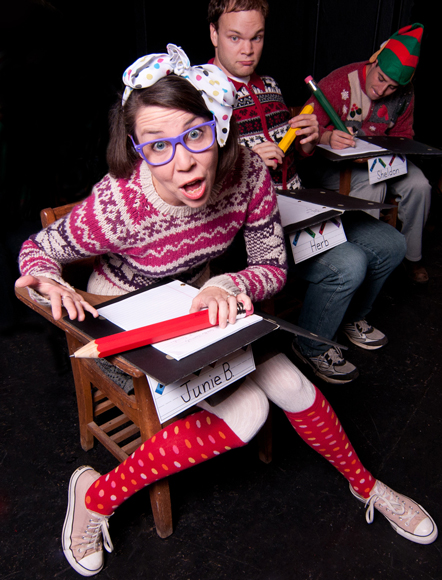 Chicago Street Theatre is providing audiences with twice the fun this holiday season with two shows guaranteed to give the gift of laughter. CST's "Naughty or Nice Double Feature" is presenting The Santaland Diaries by David Sedaris in rotation with the family show Junie B. Jones in Jingle Bells, Batman Smells adapted by Allison Gregory based on the hugely popular book series by Barbara Park. The shows start on Black Friday with Santaland opening on November 29 and Junie B. Jones opening the next morning on November 30 at 11AM and 2:30 PM.

For Chicago Street Theatre this was a way to offer a show for families and one for adults. CST Artistic Chair, Traci Brant said, "This is a big endeavor for us because, while we have offered two different shows in the past for family and adult audiences, the two holiday shows have always been done separately and not in repertory like this." Both productions are being directed by holiday show veterans: Dona Henry and Kelly Hite.

The Santaland Diaries is adapted from the hilarious essays and NPR appearances of David Sedaris. The one-man show is an account of Sedaris' less than glamorous days as a Macy's holiday helper told through his alter ego, "Crumpet the Elf." This production is intended for mature audiences and has served as a holiday staple for many theatres, playing to “SOLD-OUT” houses all over the US. Performing the role of Crumpet is playwright and regional favorite Jim Henry. In addition to Henry's performance, the show will also feature an opening act from The Disposable Theatre Improv Comedy Group. Each performance of CST's adult feature will be different as the comedy group opens with a special three-man holiday long form improvisation based on an audience suggestion. 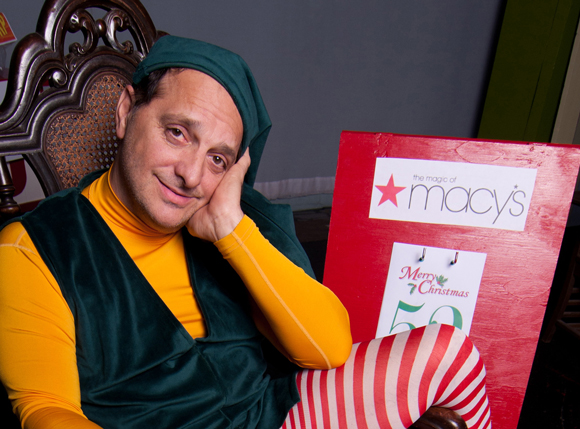 For the “Family Feature”, Chicago Street is treating audiences to the adventures of “America's Favorite First Grader” with the Midwest Premiere of Junie B. Jones in Jingle Bells Batman Smells. Young and old alike will delight in this outrageous stage adaptation that chronicles the Christmas that Junie B. drew the name of her arch-nemesis- “Blabbermouth May” for her Secret Santa and the holiday mayhem that followed.

Throughout the holiday season, Chicago Street Theatre will be the place to celebrate with a number of events and special offers tying in with the performances of their “Naughty or Nice Double Feature.” As an incentive for seeing both productions, CST is offering a special "Family Night/Date Night" discount for The Santaland Diaries when patrons purchase tickets to Junie B. Jones in Jingle Bells, Batman Smells. On November 30 and December 7, Chicago Street is also offering children and their parents a chance to meet the cast while enjoying games, activities, and a special sack lunch with their “Lunch with Junie B. Jones” event at 1 PM. Adult and corporate groups of 25 or more can schedule a “Cocktails with Crumpet” event and reserve a pre-show party with the snarky elf, a cash bar and hors d’oeuvres. All events are subject to ticket availability and reservations.

Performances run November 29 through December 22. Tickets can be reserved online at www.chicagostreet.org or through the CST Box Office at 219-464-1636 Ext 1. Reservations are strongly recommended for all shows since space is limited. Box Office hours are Monday through Friday 10 AM to 2 PM and two hours prior to performances. For a full schedule of ticket prices, performances and times visit Chicago Street online.