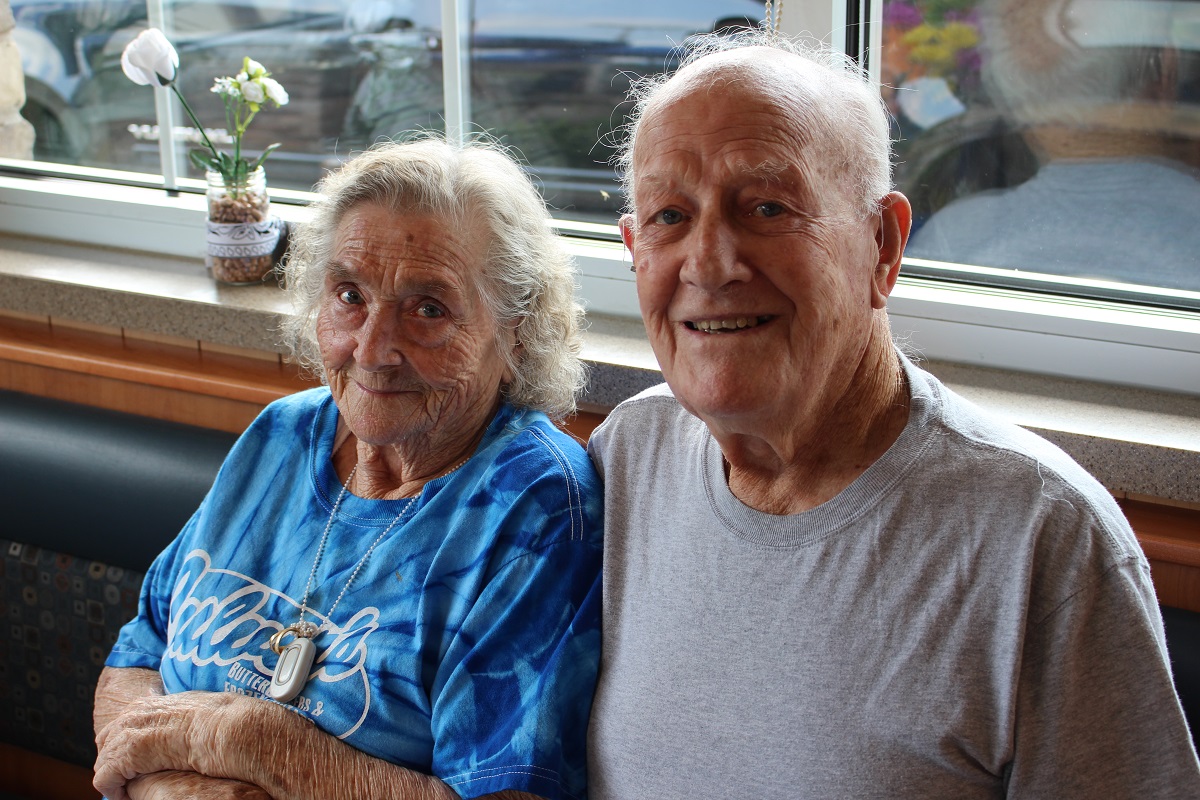 On August 28, 2015 Polly Ann and Dennis Wallace of Valparaiso celebrated their 70 year anniversary. The couple had a special party ready for them at Culver’s of Valparaiso, a business they have frequented weekly since it opened in 2001 and where Dennis states, “We’re treated like family.”

"They are the cutest couple ever," Wendy Gates, owner of Culver's of Valparaiso said. "I love seeing them every time they come in."

There they sat surrounded by their children and the Culver’s staff; Dennis, a sweet and calm man, and Polly Ann, funny and feisty.

Dennis met Polly Ann when she moved to Scotland, Illinois. He lived in a town about 12 miles away from Scotland and would take her home at night. He held her hand as they walked up to her front porch and would say goodnight and then go home… for six weeks.

“I didn’t want her to think I was being bold or aggressive so I’d walk her up to the door, say goodnight, get back in my car and go home,” Dennis said.

“This went on for six weeks and then that was enough. I told him ‘If you don’t kiss me goodnight tonight then don’t you dare come back’,” Polly Ann said. 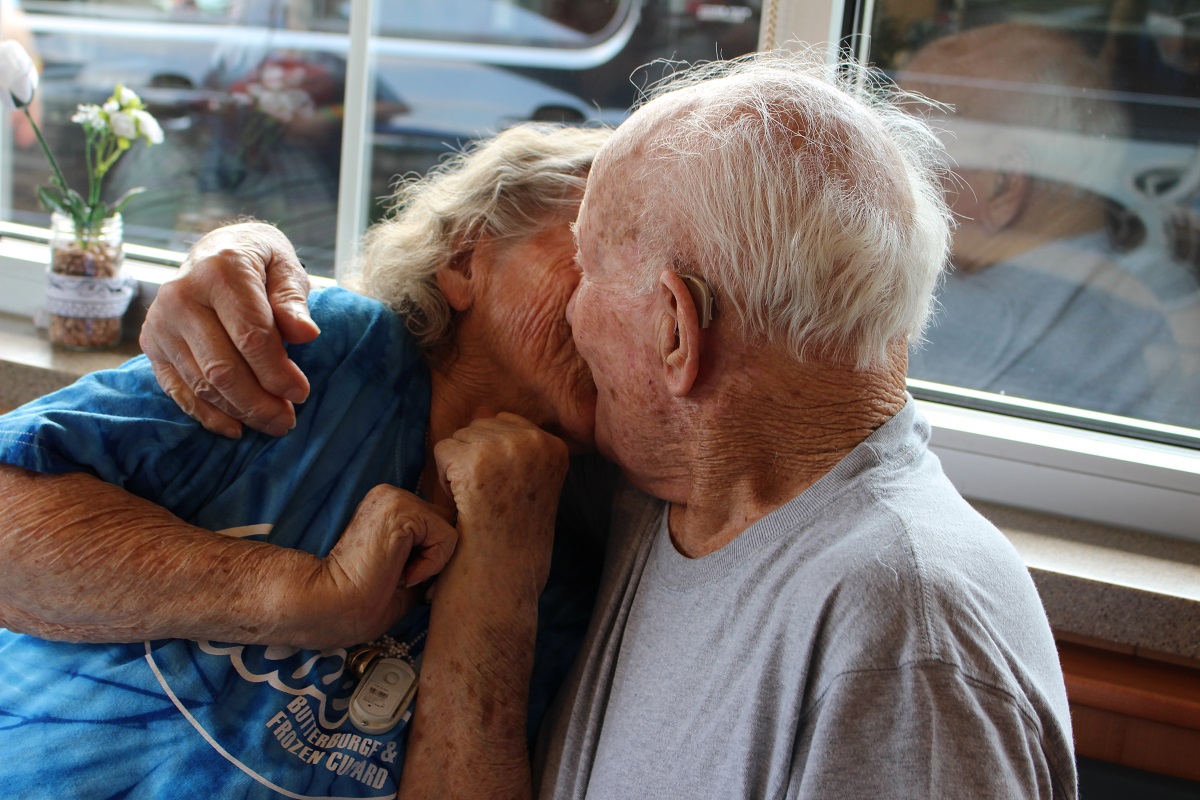 Dennis and Polly both agree that they key to a long-lasting marriage is the inclusion of religion in their lives.

“There are three people who make our marriage work: Dennis, myself, and Jesus,” Polly Ann stated.

“She’s been the apple of my eye for a long time,” Dennis said. “It’s been a good life.”

Their children have watched their love and used it as an example in their own lives.

“I learned from them to keep Christ first and that you’ll have disagreements, but don’t let them drag on. Fix the problem and get over it,” son Keith Wallace said.

“We’ve lived in a Christian home all of our lives,” daughter Phillis Cotton said. “It’s what has kept us together and close-knit.”

Polly Ann and Dennis live at Rittenhouse Senior Living in Valparaiso, and they love it.

“They don’t intend for anybody to lose weight while living there,” Dennis said with a laugh. “They feed you too well.”

“And there is something all day long for people to do,” Polly Ann said. “You’re never bored.”

So if you're looking for a feel-good story about long-lasting love that has touched many, look no further than Polly Ann and Dennis Wallace. Who knows, if you head into Culver's of Valpo during the week you might see them.