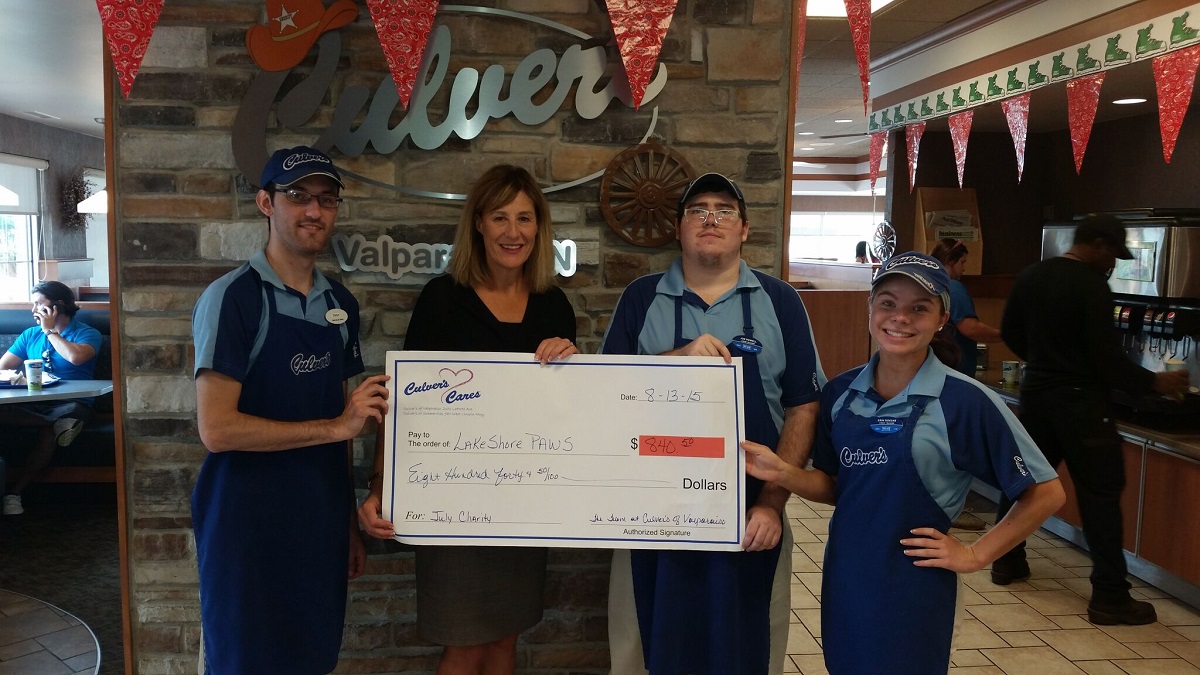 Culver’s of Valparaiso spent all of July collecting donations for Lakeshore PAWS, the nonprofit organization that finds forever homes for the pups of Northwest Indiana.

Culver’s collected not only monetary donations but also items that would help Lakeshore PAWS in their daily routine such as collars, leashes, blankets, cleaning supplies, and more. Anyone who made a donation got a nifty “I Have a Heart” sticker and a free scoop of frozen custard.

Special events were held in July to garner awareness about the canine charity like a Family Day on July 16 that was geared toward raising funds and an adoption day on July 18. Culver’s guests made donation after donation, and Pet Supplies Plus even donated some toys for the pups to play with.

"Culver's of Valparaiso really cares about our community," Jeanne Sommer, executive director of Lakeshore PAWS and broker/owner of CENTURY 21 Alliance Group said. "Their generosity and service towards our homeless pets was amazing! Not only did they collect goodies and treats for our homeless dogs AND collected over $800 of much needed funds for Lakeshore PAWS but they also found several homes for our dogs! We are grateful that they support local organizations like Lakeshore PAWS!"

As a result of Culver’s efforts and the generosity of the community and local businesses, $840 was raised and donated to Lakeshore PAWS and six dogs were adopted.