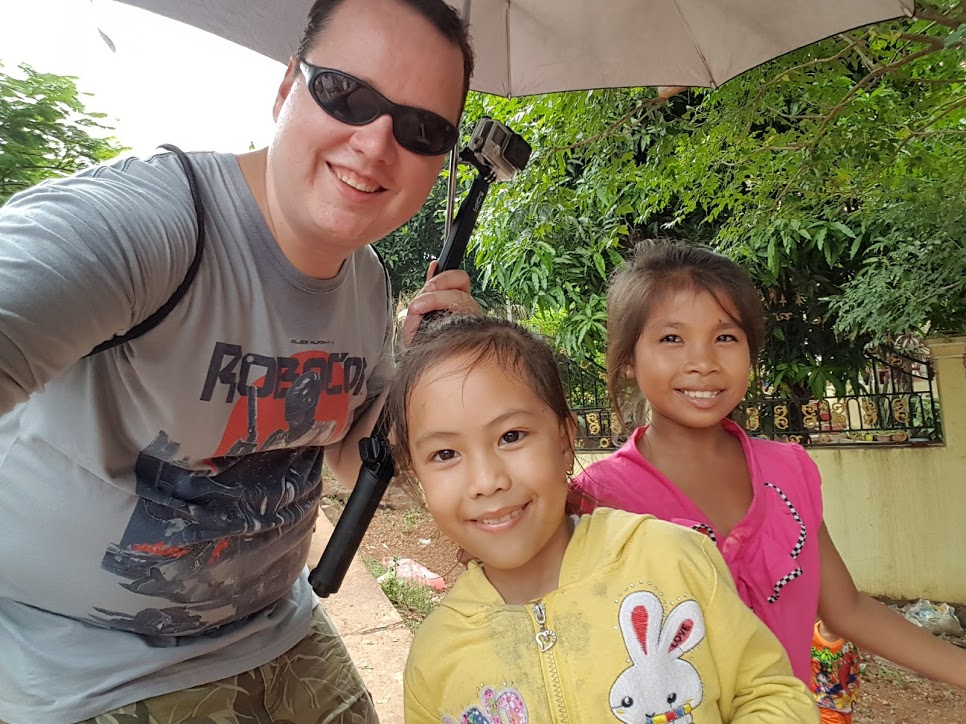 Twelve hours ahead, Calumet College of St. Joseph alumni Dan Bunn is standing in the front of a group of students teaching them the letters of the English alphabet.

As someone who could barely have a one-on-one conversation with a classmate in his own school days, Bunn is now across the ocean as a Fulbright Scholarship student, working in Laos, Southeast Asia as an English Teaching Assistant.

Diagnosed as an agoraphobic, Bunn dropped out of his Calumet City, Illinois high school and struggled to regain his place back into society. As he recovered, he decided to get his GED, knowing that was his pinnacle of aspirations and enough to earn him a normal life.

“That is where my story sort of begins, as people tend to be fairly surprised at the idea of an agoraphobic, who had trouble even communicating in a basic face-to-face conversation with one person, was able to overcome the condition and go on to live abroad,” Bunn said.

After the exam, he found himself attracted to CCSJ due to their scholarship and tuition-saving opportunities, and because of their comprehension Computer Information Systems programs. He chose CIS based on the general fascination of computers, rather than a set goal career, opening himself up to opportunities as they came.

“I approached my academic career as viewing it as a gift to learn, as well as to address my interests,” he said. “I don’t commit myself to any one path in life, as opportunities for new experiences seem to always pop-up when least expected.” 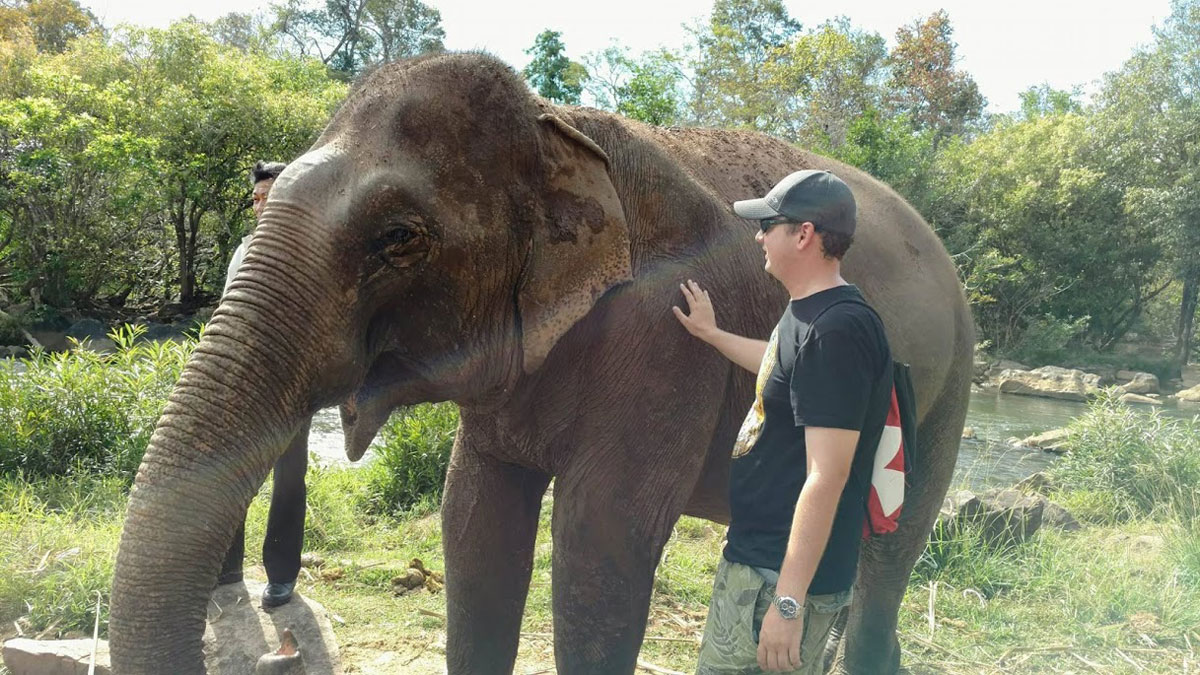 One of those opportunities was the chance to apply for the Fulbright Scholarship to continue teaching English to international students, which he began doing his senior of college. From friends at school he learned of the need for English teachers in other countries and found the idea of traveling to teach English an intriguing career. However, with school dues and other expenses, Bunn knew he would have to get some sort of financial help if he wished to pursue this new opportunity.

A friend then mentioned to Bunn the Fulbright Scholarship, and after reading about the scholarship requirements, he knew he would be accepted into the English Teaching Assistant (ETA) program.

“I was offered the opportunity to go to Laos, as the program was interested in expanding the ETA program there,” he said. “I figured since I knew nothing about Laos, this would be the perfect opportunity to learn.”

This July will be about a year since Bunn moved to Southeast Asia and so far, he loves every day of his new life. Before arriving, he did not know the language at all, and even over the last few months, he admits he could learn more, yet what has helped him learn quickly was living in the rural countryside and being instantly integrated with the local culture. He has explored the area and is still met with unbelievable kindness by the Lao people every day.

“Laos is very much a tonal language, so depending on how you say a word, it can have different meanings, which can make for some funny interactions,” he said.

On a typical day. Bunn teaches, prepares the next lesson plan, and does some IT work. 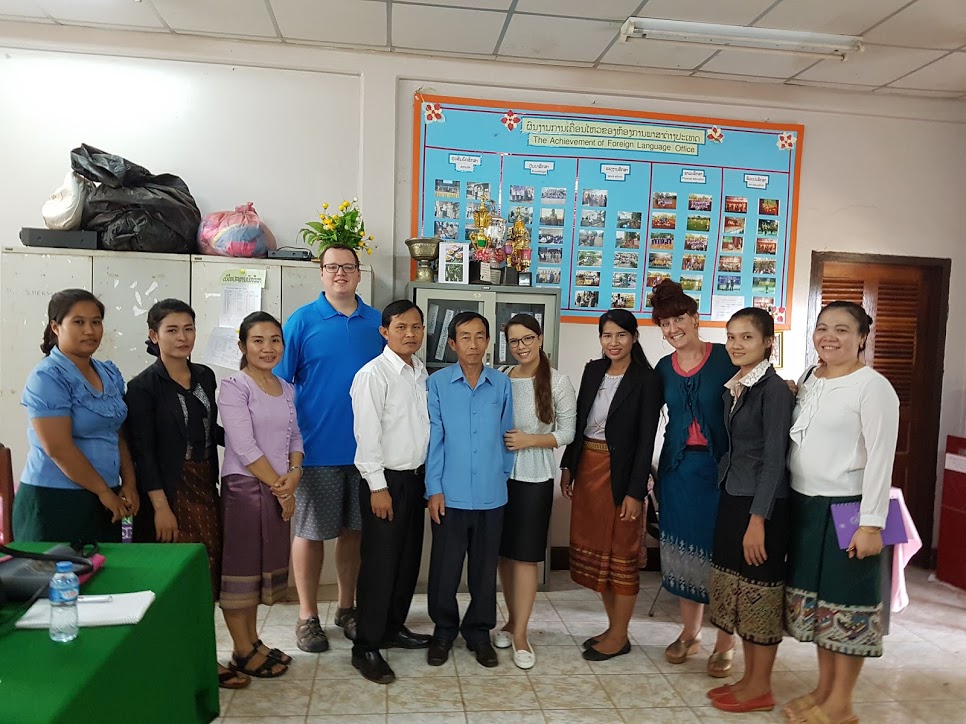 “I assist in a broad range of classes from English majors, to math and the sciences. I specifically teach on Information Technology, with an emphasis on E-Learning,” he said. “I also hold workshops on IT, as Laos’ internet infrastructure is growing at a fairly quick pace, and I want to make sure the teachers in the region are ready to hit the ground running when internet technologies fully saturate the work environment.”

Over the last few months, Bunn has gotten used to the culture, the language, and the food, but the heat, is something Bunn said he has not truly acclimated to yet. That, and the spiders and snakes who enjoy Laos’ hot, tropical environment. He has also learned to live without the amenities and luxuries found in the U.S., which has allowed him to live even more simply and comfortably in the small country.

As a Fulbright Scholar, Bunn is not required to keep up with any studies and due to the inconsistent internet services and a 12 to 13-hour time difference to the U.S., keeping up with any university curriculum would have been nearly impossible. Instead, what he is required to do is immerse himself 100 percent into the culture.

“A part of the Fulbright ETA program is cultural exchange, so I am encouraged to go out and explore the region, which is the best “assignment” anyone could ever get!” he exclaimed.

When he gets back to the U.S. though, his studies will resume. He will be back in the states at the University of Illinois to finish his master’s degree in computer science.

You never know what opportunities may come your way and, with Bunn, who knew his education from the Calumet College of St Joseph in Whiting, Indiana would be used to help better a community in Laos?

So, whatever path is laid out in front, make sure to remember where it started.