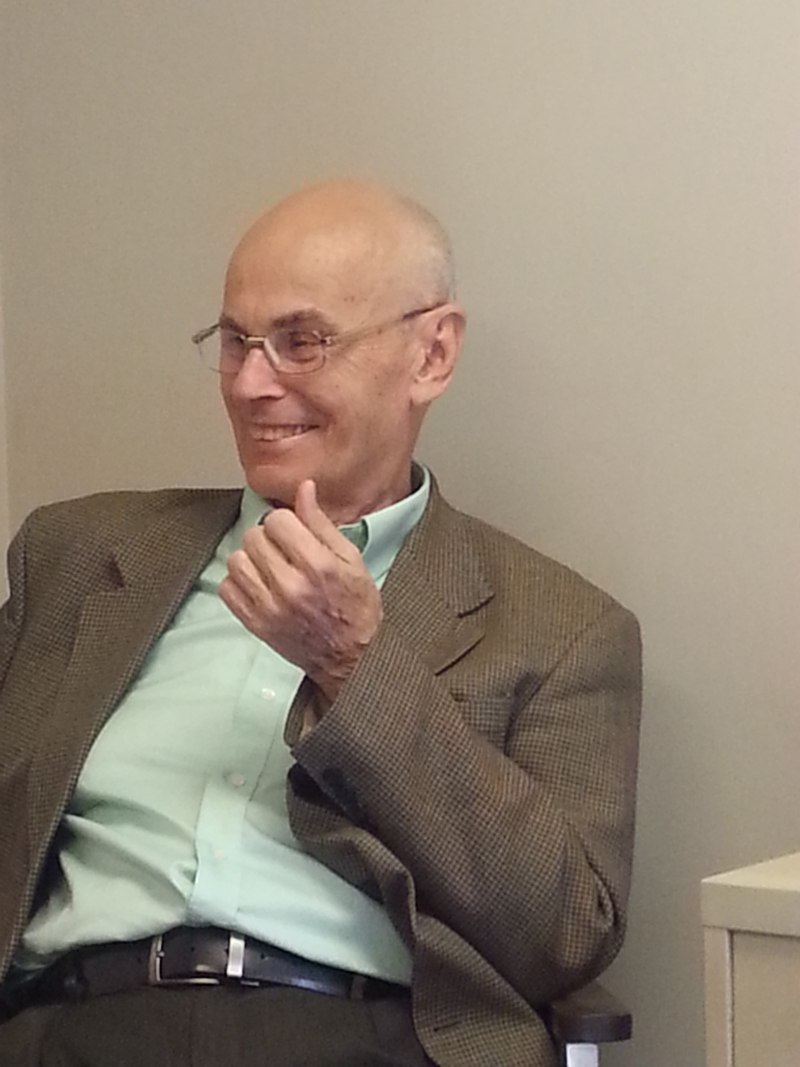 Dan Keilman is being honored as September Senior of the Month. Every month, the Duneland YMCA's Senior Center commemorates the life of one of its members. In addition to honoring one of its members every month, the Y Senior Center offers fitness classes such as Silver Sneakers and Building Fit Friends and other entertainment opportunities for older active adults such as shared meals, field trips, movie days, board games and more.

Daniel (Dan) Keilman was born in Hammond, Indiana, on January 17, 1935. His home was in Dyer, Indiana, but Dyer had no hospital at the time. Dyer was a farming community. Although his parents were not farmers, farms surrounded his neighborhood.

Dan attended St. Josephs School in Dyer for his first eight grades. Kindergarten was not part of his elementary schooling. After eighth grade, he attended Brunnerdale Seminary High School in Canton, Ohio. His goal at the time was to become a priest in the Society of the Most Precious Blood. After graduation, he attended St. Josephs College in Rensselaer, Indiana, for two years, and then spent a year of intense prayer and meditation, in Burkettsville, Ohio, prior to entering St. Charles Seminary in Cartagena, Ohio, where he intended to spend his final years preparing for the priesthood. Part of his preparation included receiving a Bachelor's degree in philosophy from the University of Dayton. One year prior to ordination he decided not to become a priest and returned to Dyer, his home town.

In Dyer he was invited to teach third grade at his elementary school, St. Josephs. He immediately fell in love with teaching and decided this would be his newly chosen profession. The local superintendent of schools encouraged Dan to get an Indiana teaching license which he did in studies at Ball State University. After getting his license he taught in the Hammond, Indiana, public schools for four years while spending his summers getting his Master's Degree in Counseling from Ball State University. He then became a counselor in a Hammond elementary school, one of the first fifteen elementary counselors in the state of Indiana supported by a federal grant, the purpose of which was to bring counseling to elementary schools.

After three years as a counselor, Dan Decided to get his doctorate in educational admiration at Ball State. After getting his degree, he was hired as a principal at Bailly School in Chesterton where he served as principal for 18 years. He then became the principal of Jackson School for 13 years. After retiring in 2000, he went to work for the Indiana Department of Education in Indianapolis for three and a half years. During his years as a principal and state employee, he taught classes throughout the year and during the summer at Purdue Calumet, Purdue North Central, Indiana University Northwest, and Indiana Wesleyan.

Dan married Sharon Marie Graff of Indianapolis on January 2, 1965. They are the parents of Theresa, James, Sara, and Steven and twelve grandchildren. He loves reading, writing, and not arithmetic. In 2013 he completed writing and publishing his memoirs, The Unordained Priest. Dan appreciates and loves, as well, the Duneland community, especially the Dunes where he and his wife join the Sundowners every evening in suitable weather to watch the sunset.

Dan belongs to the Duneland Chamber of Commerce, the Kiwanis Club, the Rotary Club, the Exchange Club, and the Porter County Retired Teachers Association. He likewise serves on the Duneland Resale Board.

The Duneland Y and its senior program provide him fitness exercise, attendance at a variety of other related activities and events, and empowering connection with an amazing group of fellow seniors. He is also involved in the operation of the pre-school and at-school Y program. Dan appreciates his many blessings and feels the Y is a critical force in these blessings and his appreciation of life as a community senior. For members of the Senior Center, it offers the opportunity to cultivate friendships, sustain existing friendships and stay active in the community. The Senior Center promotes healthy living through fitness classes specifically for older active adults and helps them bond with like-minded individuals.

Come join the Y's seniors. Activities are open to the public. The Duneland Family YMCA is the nation's leading nonprofit focusing on youth development, healthy living and social responsibility, and is a United Way of Porter County Partner Agency.