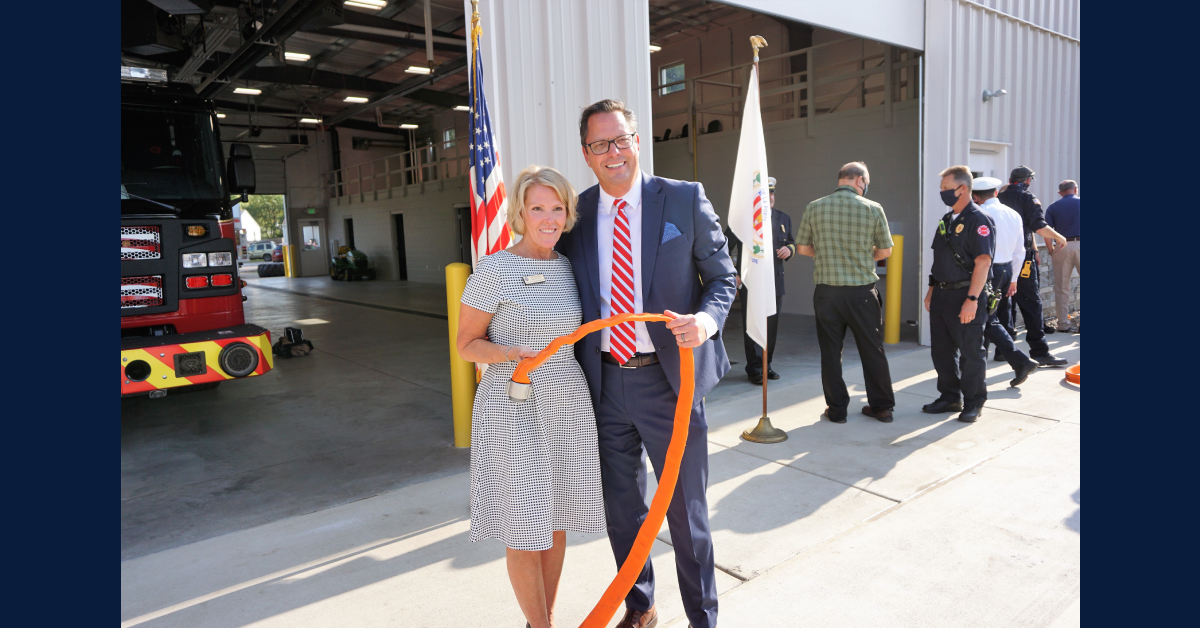 Mayor Tom Dermody claimed victory in his first “Battle of the Mayors,” a ring-off for The Salvation Army in which he competed against Mayor Duane Parry of Michigan City.

Both mayors spent all day Monday staffing a Red Kettle, ringing a bell to raise funds for The Salvation Army in respective cities.

“I could not be prouder of our La Porte residents and businesses for all they did to help us beat Michigan City and support The Salvation Army,” Dermody said. “Friendly competition aside, The Salvation Army is the real winner for all they do to help those in need throughout La Porte County. I think I speak for both Mayor Parry and myself when I say just how grateful we are to have such an incredible organization in our communities.”

Captain Chris Karlin, who oversees The Salvation Army of La Porte, said he was grateful for all of the support from Dermody and the City of Michigan City.

“They Mayor Red Kettle Ring-Off could not have happened at a more needed time in our annual Red Kettle Campaign,” Karlin said. “This has really given our campaign a spark of life going into the final three days of our kettle campaign. We cannot begin to express our gratitude to Mayor Tom and the many businesses and families who stopped by Kroger and made a donation to ‘Rescue Christmas’ for the citizens of La Porte.”

Major Becky Simmons of The Salvation Army of Michigan City agreed, saying although Michigan City lost the battle, the real winner is the people who will benefit from the funds raised through both Salvation Army campaigns. “Mayor Parry definitely put in a great effort and rallied his friends and family, as well as several businesses in Michigan City to support our city in the battle,” she said. “We appreciate everyone who supported us, our mayor and our city.”

Once he learned the results, Parry conceded to Dermody, congratulating him on the big win. “I’m still looking forward to the next battle between ‘Michigan City Strong’ and ‘La Porte Proud’ on the hardwood,” he said, hoping to battle Dermody in a basketball game one day.

The above totals for the Michigan City and La Porte kettles did not include a gold coin that was dropped in the kettles for each mayor – one at Kroger in La Porte, and one at Al’s Supermarket on Karwick Road in Michigan City. Both gold coins were wrapped in paper with a quote reading, “It is Christmas in the heart that puts Christmas in the air!” The gold coins are estimated with an approximate value of $1,880.00 each.

The Salvation Army locations in both Michigan City and La Porte are still working to reach their campaign goals, which help provide holiday assistance to those in need, as well as program and services throughout the year including a food pantry, youth summer camp and Pathway of Hope case management.