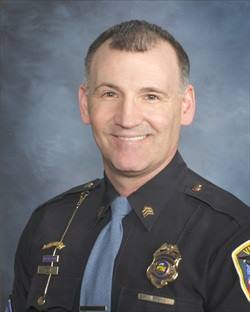 Captain Balon is a 23 year veteran of the police department, (11 years as detective), he holds a Bachelors Degree from Calumet College in Public Safety Management. He is a graduate of the Police Executive Leadership Academy (PELA) and School of Police Staff & Command at Northwestern University.

Jeff previously was a member of the Northwest Indiana Major Crimes Task Force and held the position of Assistant Commander during his tenure on the task force.

With the promotion to Detective Captain, Jeff will supervise the entire Investigations Division of the department. He assumes his new duties immediately.