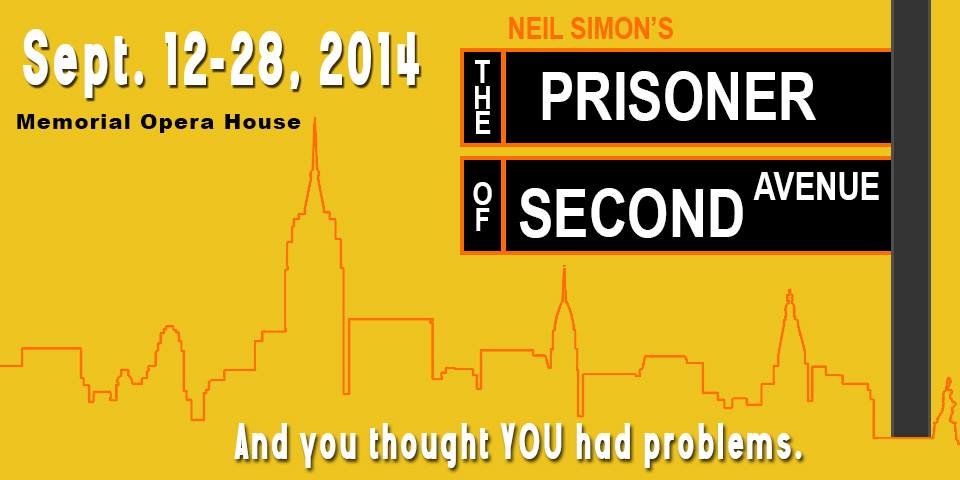 A middle-aged couple living on Second Avenue on the Upper East Side of Manhattan, New York City has problem after problem. Mel Edison just lost his job and has to deal with being unemployed at his age. And it happens in the sweltering heat of the summer during a prolonged garbage strike.

Noisy neighbors, the loud noises that come with living in a big city, and a robbery of the couple's apartment eventually causes Mel to have a nervous breakdown. But his brother Harry, his sisters, and Edna to bring Mel back to a firm reality just in time.

The first showing is this Friday! Don't wait....get your tickets now at this link: http://tickets.mohlive.com/eventperformances.asp?evt=126