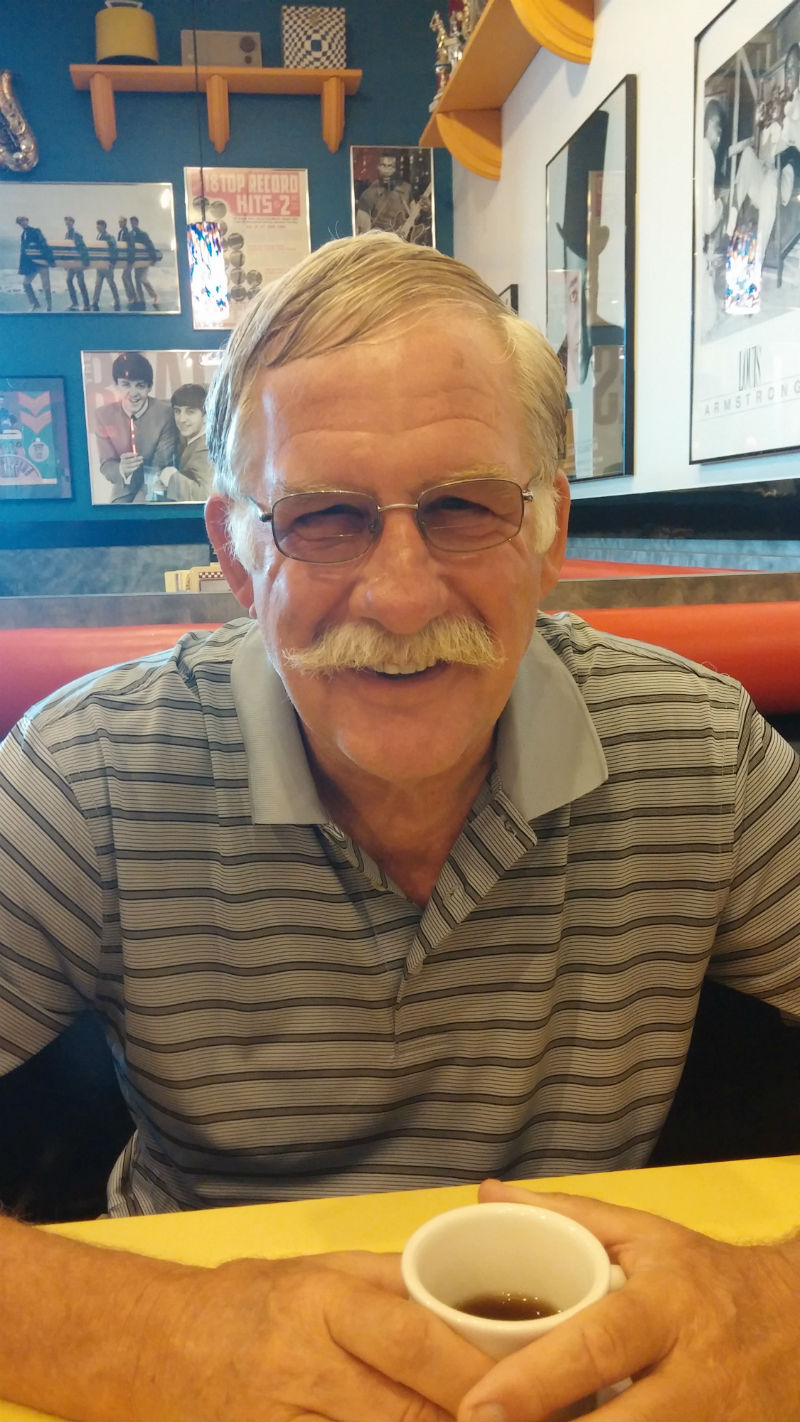 I walked into Schoop's the other day on business. I was to meet an award-winning volunteer and animal lover. Do you know who it is? Bet you could guess as his name was all over local news . Dr. Larry McAfee, retired veterinarian of McAfee Animal Hospital, recently received the Sagamore of the Wabash Award at the Porter County Community Foundation's annual celebration.

I found Dr. McAfee sitting in a booth enjoying an omelette. He was chatting with someone he knew from around town as I approached and smiled broadly when he saw me. After a firm handshake, I sat and began to pick his brain about the recognition that was bestowed upon him.

So how did Dr. McAfee come to win the award? Let's start with what the Sagamore award is. This award is a high honor that is given to individuals in Indiana by the governor. It was created during the term of Governor Ralph F. Gates in the 1940s. The term "sagamore" is the title given to chiefs or important men of Algonquians and other Northeast American tribes hundreds of years ago. The Wabash is our state river so both terms fit the title quite well.

Presidents, astronauts, politicians, ambassadors, musicians, artists, and regular citizens have gotten the award. It doesn't matter who you are, as long as you are doing positive and selfless services in the state of Indiana, you are eligible. Men and women can win the award and it's up to the governor's discretion as to who receives the honor.

Now to why Dr. McAfee won.

Well, for starters he is an avid volunteer in the area. In fact, he and his daughter, Brooke, are campaign co-chairs for the United Way of Porter County 2014 campaign. The other places and times he has volunteered around the area are countless but they include being President of the Porter County Tourism Board when it was first created, being part of the Taltree Arboretum Board of Directors, and being on the Porter County Wildlife Management Advisory Board. On top of that, Dr. McAfee is the founder of the North Central Veterinary Emergency Center in Westville on the Purdue North Central Campus. The center is a 24-hour animal hospital that is open every day, all year long. They provide emergency services to the pets of Northern Indiana, Southern Michigan, and Eastern Illinois. Pet owners can bring their animals in anytime to get services day or night and someone will be there to help them.

"This is the first Purdue private relationship in the history of Purdue University," Dr. McAfee said. "I'm very proud of the Center and I love to give back to the community."

That same night at the Community Foundation's annual celebration, Dr. McAfee was given the foundation's Outstanding Volunteer Award -a perfect choice. He was born and raised in Valpo, so he has deep roots here.

"It's fun to have watched Valpo grow," Dr. McAfee said. "Valpo and Porter County have been so good to me so I want to give back."

You can still find Dr. McAfee in the McAfee Animal Hospital getting things done. He's recently retired but that doesn't stop him.

"The secret to retirement is to always be doing something. I'm a type-A personality so I can't sit still. I like to give back and that's what it's all about," Dr. McAfee said in closing.