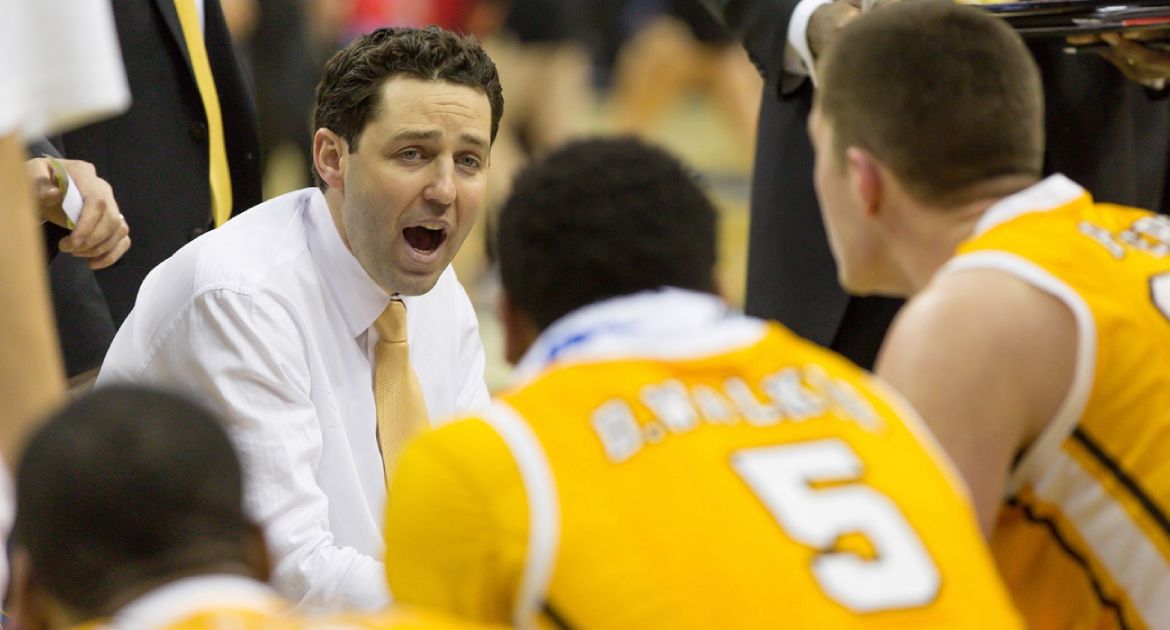 Valparaiso men’s basketball head coach Bryce Drew has been named a finalist for the 2015 Hugh Durham National Coach of the Year Award, presented annually to the nation’s top mid-major coach.

Drew led the Crusaders to the best season in program history in 2014-15, as Valpo won a school-record 28 games. He guided a squad which was projected to finish fourth in the Horizon League preseason poll to its third league regular season title in four years, as well as its second league tournament championship in the last three seasons. Along the way, Valpo received votes in both national top-25 polls throughout much of the season and was consistently ranked among the nation’s top-10 mid-major programs.

Drew led Valpo to within three points of its first NCAA Tournament win since 1998, as the 13th-seeded Crusaders fell 65-62 to fourth-seeded Maryland in their Second Round tournament game. Under Drew’s tutelage, Valpo players claimed the Horizon League Defensive Player of the Year (Vashil Fernandez) and Sixth Man of the Year (Jubril Adekoya) awards, while Alec Peters was a First Team All-League honoree and Tevonn Walker an All-Freshman Team selection. Drew himself was honored as the Horizon League Coach of the Year, the second time he has received the honor in his four years at the helm of the Crusader program.

The award is named in honor of Hugh Durham, who retired at the end of the 2004-05 season with 634 career wins. Durham is one of just twelve coaches to have led two different programs to the NCAA Final Four (Florida State in 1972 and Georgia in 1983) and is the only coach among that group to have led both schools to their lone Final Four appearance.

Drew is one of 16 finalists for the award. The recipient of the 2015 award will be announced at the CollegeInsider.com Awards Banquet on April 3 in Indianapolis, site of the 2015 NCAA Men's Division I Final Four.