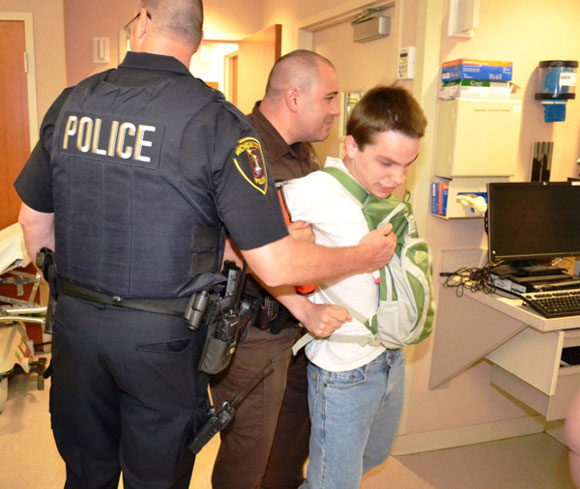 The exercise came with a twist, when among the purported injured was an unruly youth who suddenly announced while in the Emergency Department that he had a bomb in his backpack and planned to “kill everyone here,” before being restrained by La Porte County Sheriff’s and Michigan City police and removed from the hospital, where it later was learned the device was fake and the perpetrator was taken into custody. 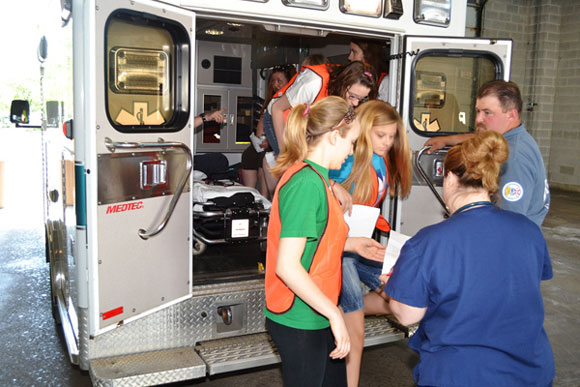 he victims, who arrived by ambulance or were otherwise brought to the hospital, were portrayed by theater students in instructor Kortney Brennan’s theater class at Michigan City High School. The bomber was played by junior Charles Bentley, who said he plans to study theater in college.

The La Porte Countywide exercise, done annually and involving about 10 area emergency agencies, also involved an active shooter at a high school graduation ceremony in LaPorte and a chemical bomb explosion at a middle school there.

Franciscan St. Anthony Health was on standby to assist LaPorte Hospital-IU Health, with those scenarios.

Greg Arndt, Franciscan St. Anthony Health manager of safety and security, said cooperation among area medical providers and emergency services personnel in such situations is invaluable, and that officials would later meet to assess their performance and discuss possible ways to improve.