Sandpipers Recognized for Performance With Foreigner
On Wednesday, August 9, 25 members of the Chesterton Sandpipers performed with the legendary rock band Foreigner on stage at the Huntington Bank Pavilion at Northerly Island in Chicago, Illinois. The band is currently on their celebratory 40th Anniversary Tour as they honor their hit songs over the past four decades.

Kristin Morris, CHS Sandpipers director, entered the group into a contest this past May and found out in mid-June that they had been selected to be the featured choir to sing back-up with the band on the classic “I Want to Know What Love Is.” LiveNation was able to provide the 25 members plus their five chaperones and the director free entry to watch the concert before they went on stage for their big moment!

“It was an amazing experience,” Morris said. “I had tears in my eyes as I stood back stage and got to see those students up there, with such an amazing band, in front of thousands of people! This was truly a once in a lifetime opportunity and I am so blessed that this will be something these students are able to remember for the rest of their lives.”

Students were both excited and nervous as they lined up backstage waiting to go on. Junior Sandpiper member Ben Larimer said, “It was definitely a once in a lifetime experience and an absolutely incredible moment.”

“It felt kind of surreal because you don’t ever think you will have the opportunity to sing with a classic rock band like that. But it was unbelievable and I am so grateful for the opportunity,” said junior member Elle Hodge.

The Indiana State Senate and Senator Karen Tallian from District #4 also sent a congratulatory note along with a Certificate of Recognition and Achievement for representing Indiana as part of Foreigner’s 40th Anniversary Tour. Duneland School Corporation, Chesterton High School and members of the community are very proud of these hometown kids and their commitment to music and love of performance. Congratulations to these students on being selected and honored by Foreigner. 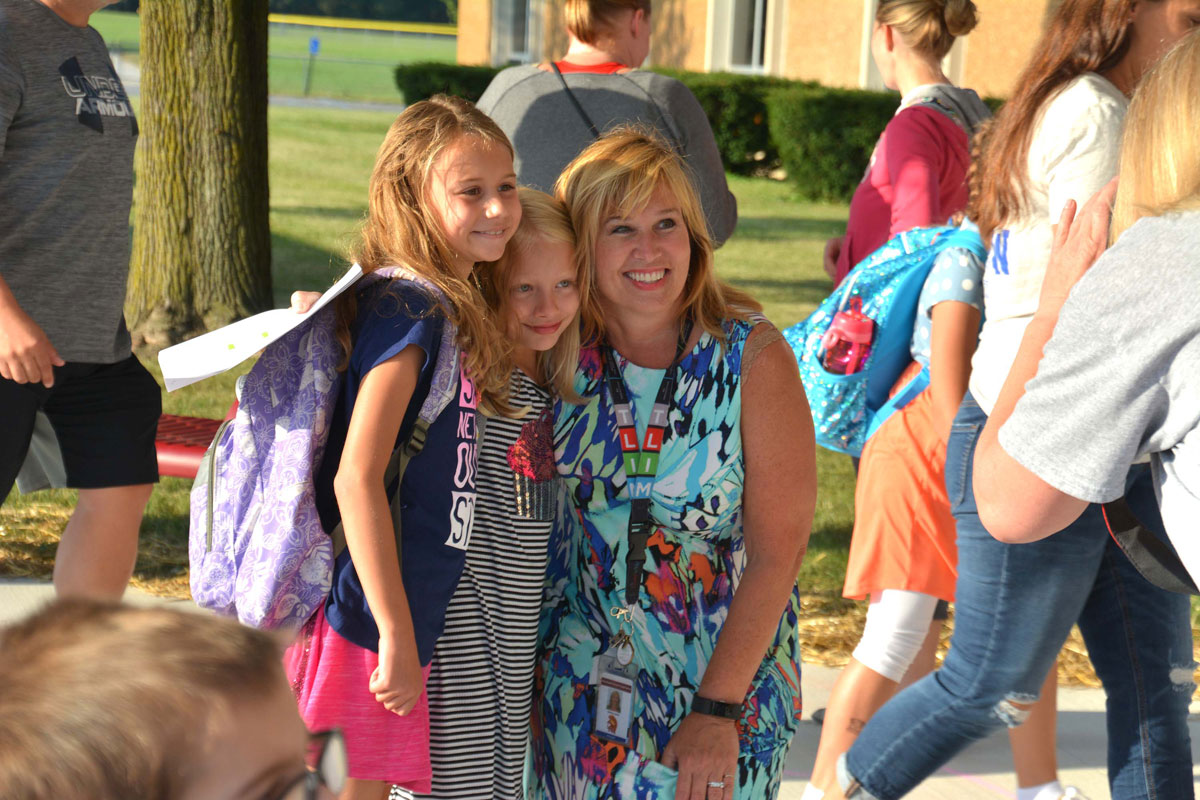 Making Memories
Liberty Elementary fourth grade students, left to right, Lucy Rutkowski and Lexie Lauzon, take a moment to pose with Principal Christy Jarka for a yearbook photo to record the beginning of their final year at the elementary school. Liberty staff rolled out a big welcome to school with sidewalk chalk messages and bubbles to mark their first day of school. 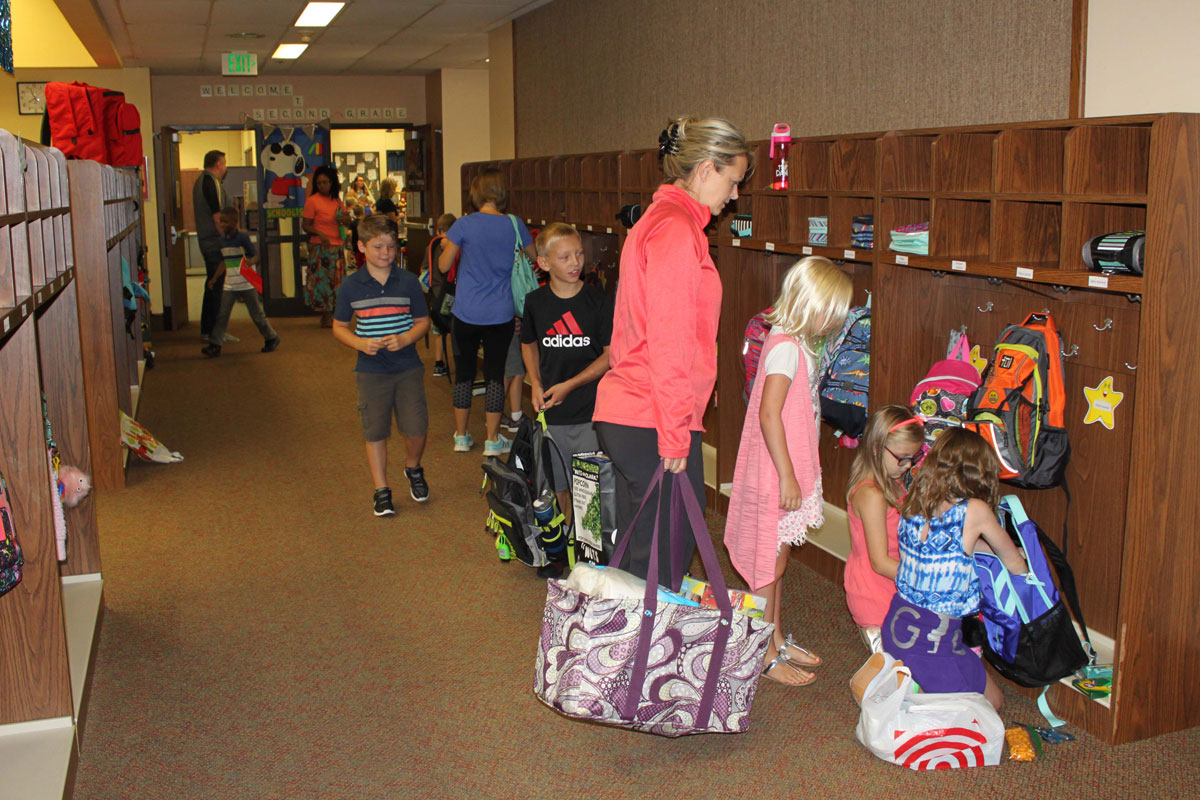 School Begins
Students begin organizing their cubbies at Jackson Elementary on the first day of school. School began on Monday and already students are getting into their routine for the school year. 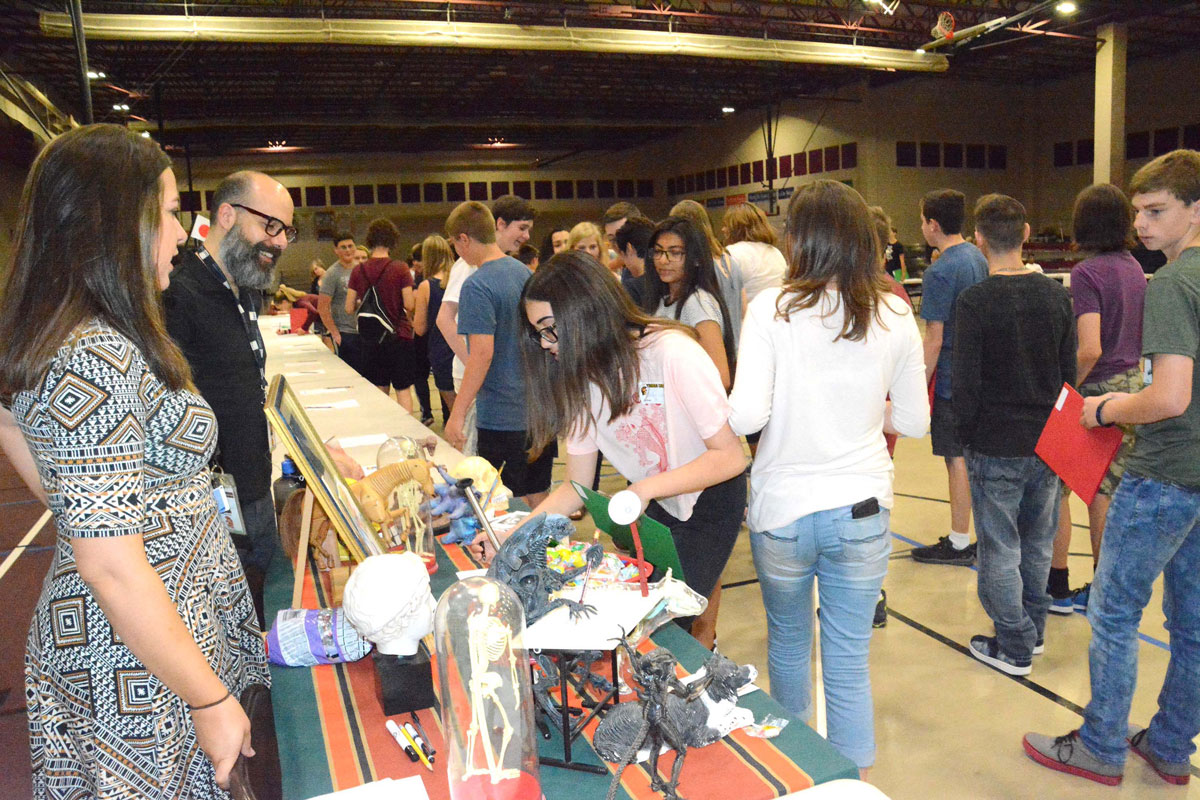 Freshmen Club Sign-Up
Chesterton High School freshmen had an opportunity to sign up for one of the many offered sport or club activities at the school. Pictured at the Art Club sign up are art teachers Taylor Ricks and Colin May. The school hosted their second annual freshman orientation, Trojan Charge, last Thursday to acclimate students of the freshman class to the school, staff and programs prior to the first day of school. 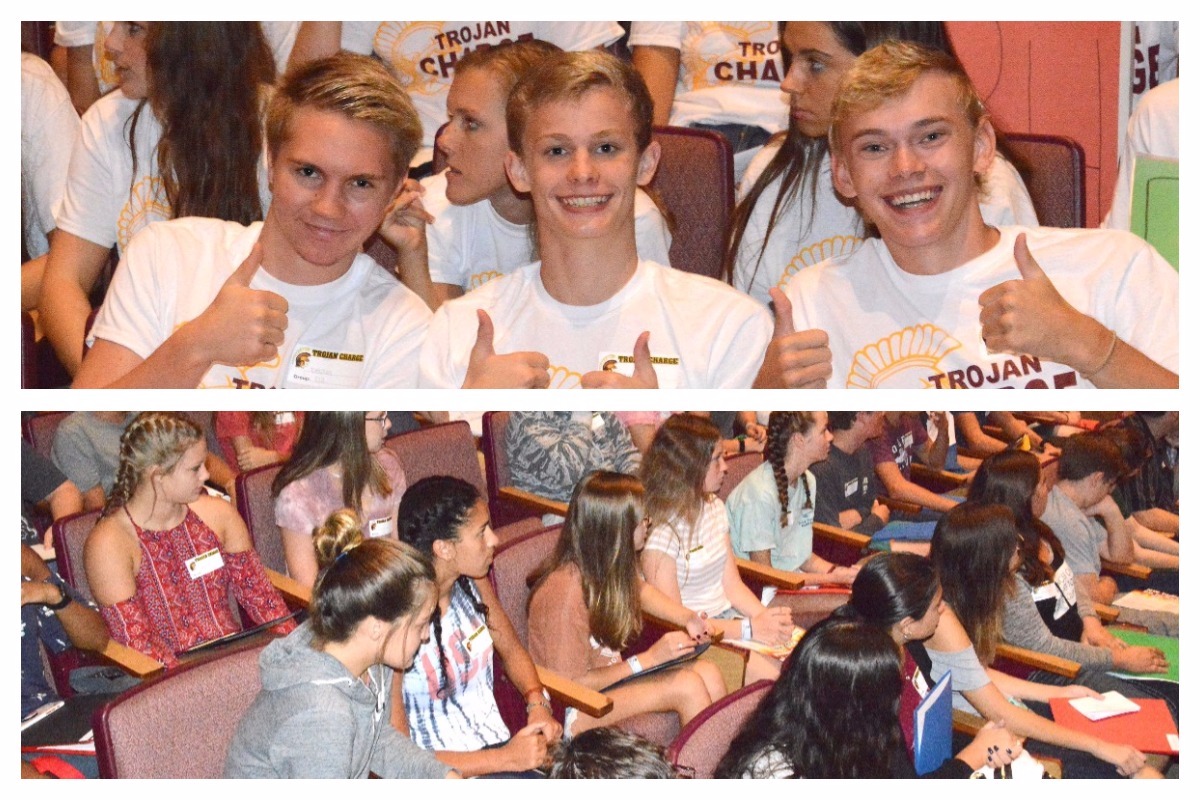