Liberty Elementary School robotics team
The Liberty Elementary School robotics team, The Tech Warriors, members, Claire Vrahoretis, Jack Richardson, Caden Koedyker, Turner Enderle, Devon Thomas, Adalicia Aures, Alex Dumortier and Olivia Milton, recently competed in a Vex Ringmaster qualifier tournament in Plymouth, IN. The team of eight students showed great improvement from last year, which was their first year in the program. They captured 21st and 23rd place out of 36 teams. Their next competition will be on February 10 at Crisman Elementary in Portage. Liberty Elementary students, Turner Enderle and Jack Richardson work as a team against an opposing Indiana school team during the Vex Ringmaster qualifier tournament this past Saturday. 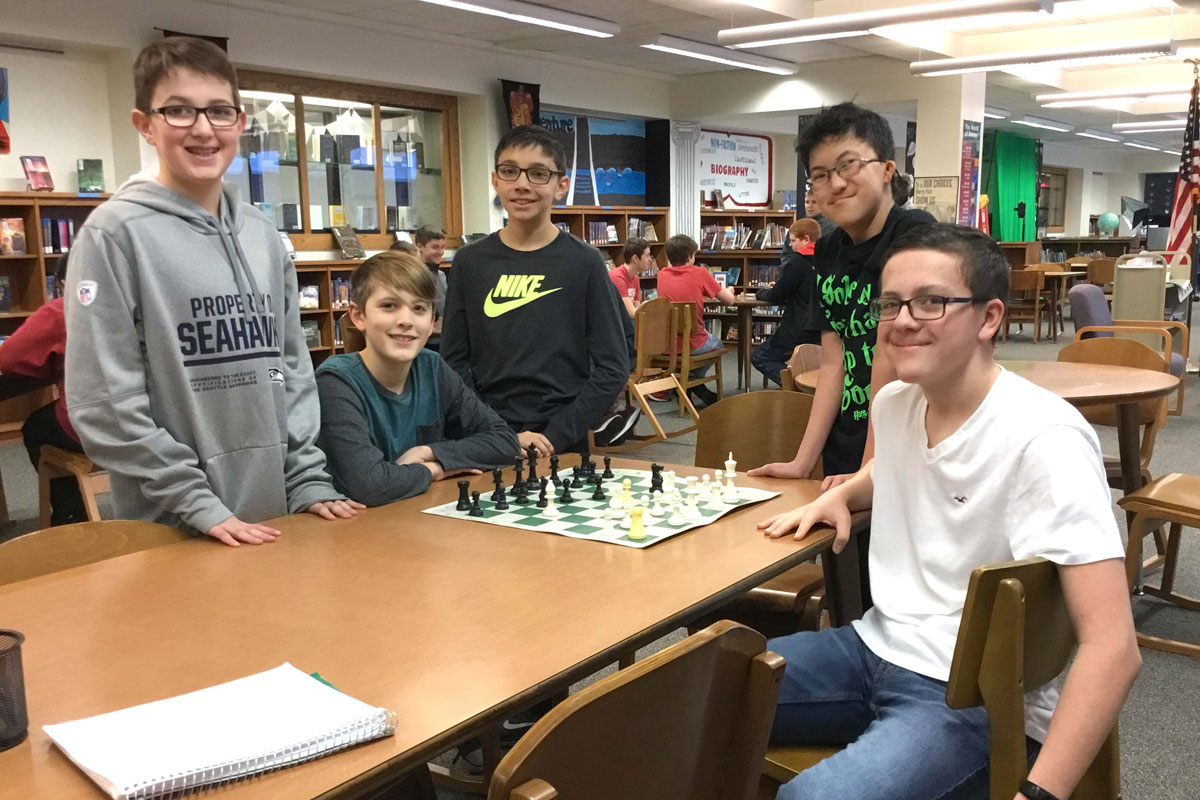 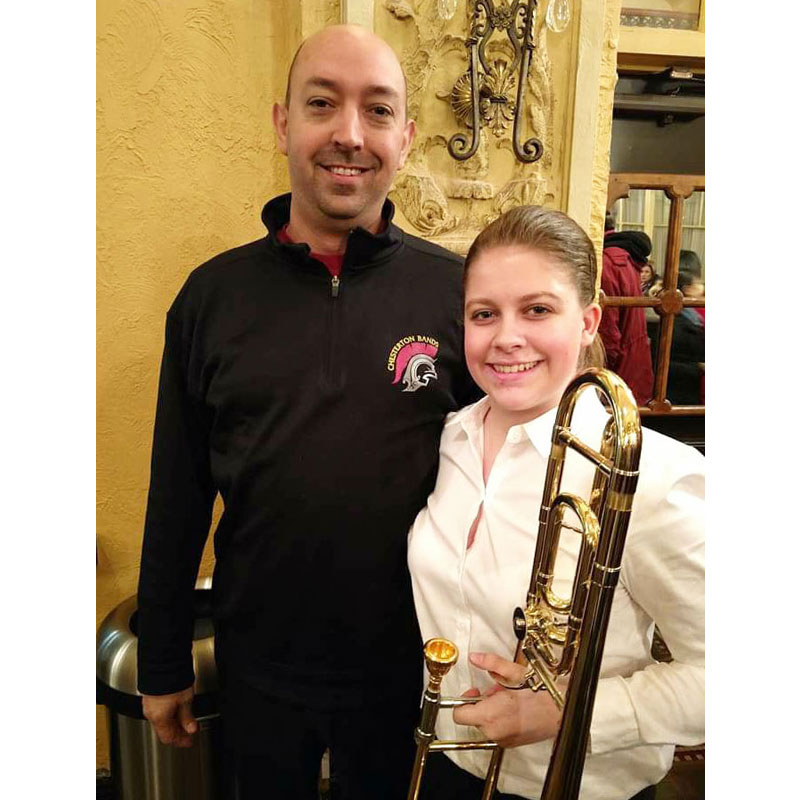 Chesterton Middle School Student Chosen for Junior All State Band
Chesterton Middle School eighth grade student Alaina Wring was selected for and performed with the 2018 Indiana Junior All State Band this past Saturday. This ensemble is an auditioned group of band students in grades 7, 8, & 9 that are considered the best young musicians in the state of Indiana. Wring was chosen based on her audition to be second chair trombone, the second best trombonist that auditioned for the band. "Getting into the Junior All State Band is a huge honor for Alaina," explains CMS Band Director Vince Arizzi. "Especially as an eighth grader, it's very difficult to prepare the music well enough to be selected on a blind audition against the best eighth graders in the state."

The Indiana Junior State Band performed as part of the Indiana Music Education Association Professional Development Conference in Ft. Wayne on Saturday, January 13. Chosen to conduct the group was Dr. Mark Spede, Director of Bands at Clemson University. Working with conductors of this caliber is one of the benefits of being selected for the All State Band. "Not only are you sitting next to extremely talented musicians and performing challenging music, but you also get to work with a top-notch conductor," said Arizzi. "I'm sure this experience will stick with Alaina for a long time." 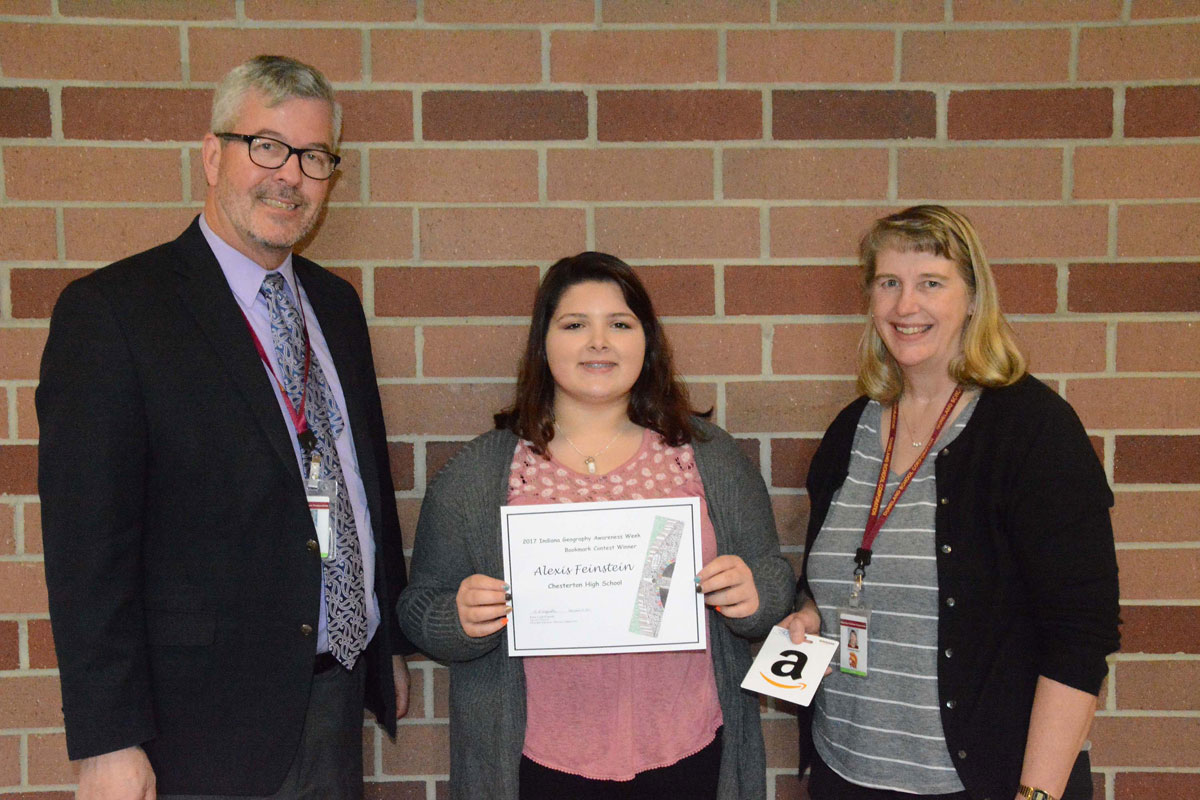 Bookmark Contest Winner
Chesterton High School freshman Alexis Feinstein, center, was named the winner of the 2017 Geography Awareness Week Bookmark Contest - for High School AND the overall 2017 Geography Awareness Week Bookmark Contest Winner as sponsored by the Geography Educators' Network of Indiana. Her colorful design reflected the theme of "The Geography of Civil Rights Movements" in a creative, visually-appealing, and understandable manner. Alexis won a $50 Amazon gift card and multiple copies of her bookmark design have been printed and will be distributed to libraries, schools and several state representatives throughout the state of Indiana. Also pictured is left, Principal Jeff Van Drie and at right, her social studies teacher Cathy Dean. 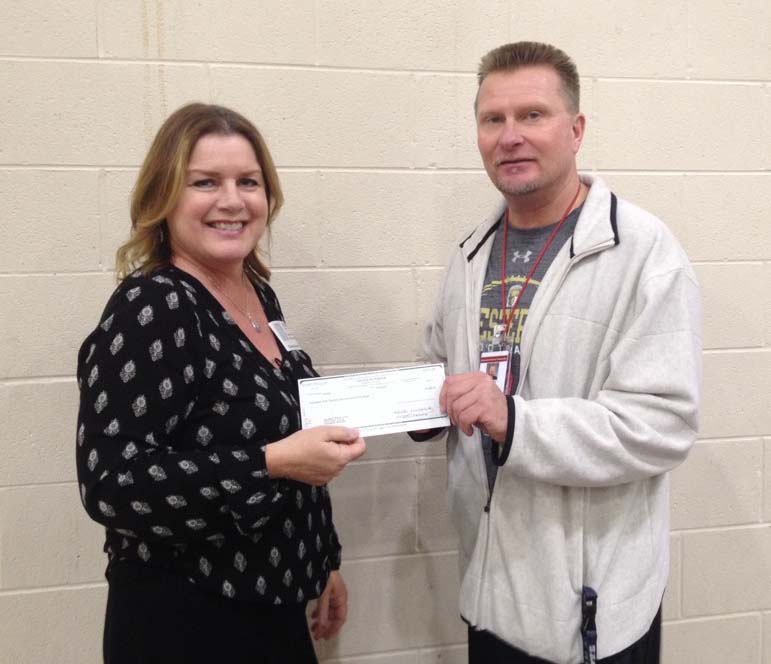 CHS receives grant from PCSAC
Chesterton High School has received a $1065 grant from The Porter County Substance Abuse Council (PCSAC) to be used for an upcoming substance abuse awareness and outreach program entitled, "Stairway to Heroin," on March 20 from 6 - 7:30 p.m. in the CHS Auditorium. This program will focus on education related to substance abuse, addiction, and the drugs that are the gateway to stronger substances. Left to right, receiving the grant from Dawn Pelc, PCSAC director is CHS teacher David Milligan, Duneland School Corporation Positive Life Program coordinator.