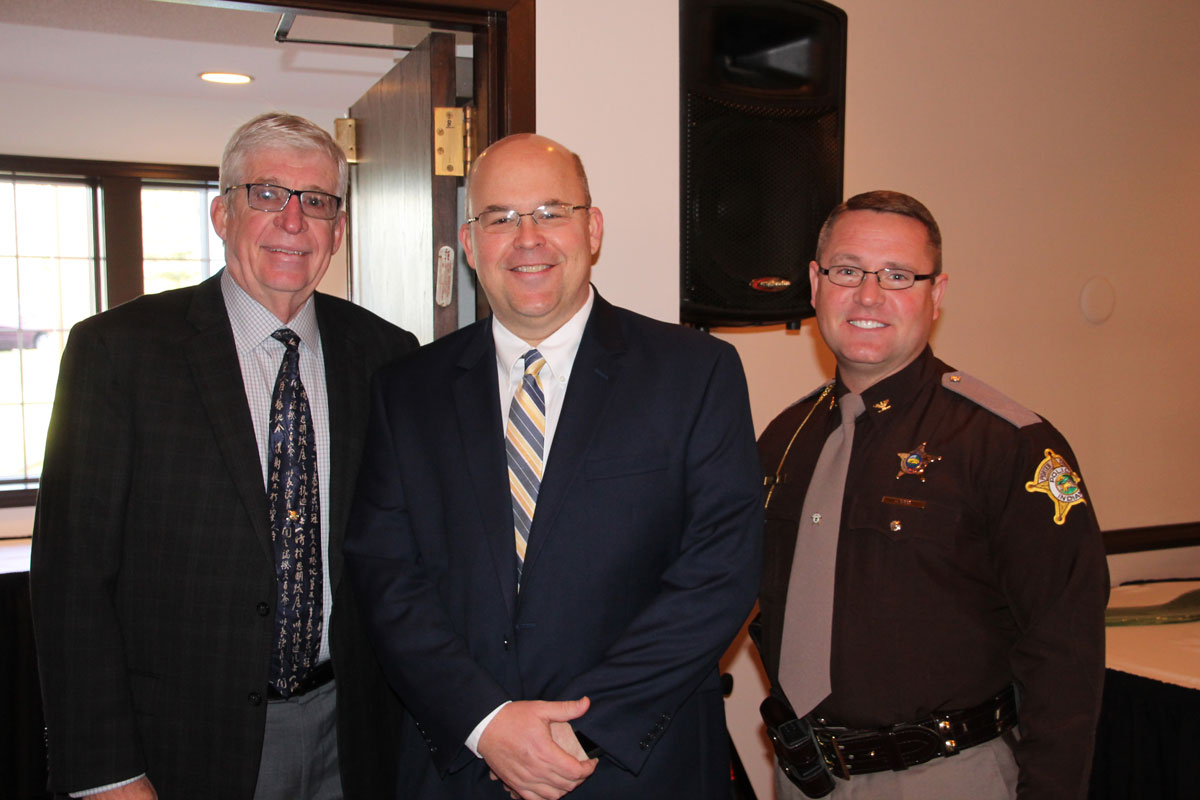 The 2017 Annual Campaign of the Duneland YMCA has begun and as Campaign Chairs, Laurie and John Evans, say, “There is no better thing to support than your local Y.”

On Thursday morning, the Duneland community were invited to a breakfast held at the Spa Special Events Center in Chesterton. The room was packed with YMCA members, board representatives, employees, both current and future, and people just there to support the organization that gives so much back.

“The purpose (of the breakfast) is just to let people know about the YMCA,” Marketing Director, Jane Delligatti said. “This is not a solicitation. This is just to give them the information about the YMCA and the campaign.”

For most of the guests, they already knew about the how the Annual Campaign began three years ago when Dave Kasarda took over as CEO. They know it is the annual fundraiser to raise money for the YMCA’s scholarship fund for members who cannot pay to attend the facility.

Last year’s campaign raised $136K in financial assistance funds which were distributed to families in need and attendees also learned about how there are now more than 9,500 individuals who benefit from the Duneland YMCA, 772 children who engage in the youth sports, and zero people who are turned away from the YMCA due to the inability to pay.

However, there was one guest who did not know all of this, but was interested in one number presented: The 407 active older adults who participate in the YMCA’s specialized programs.

Sandra Mullins was raised in the Chesterton area, went swimming in the Duneland YMCA pool as a kid, but moved to Michigan a number of years ago. She returned today to attend the breakfast.

“I called and told Jane I wanted something for my mom,” Sandra Mullins said.

Mullins’ parents live in Chesterton but, with her father currently ailing, she is worried that her mother will not have enough social interaction or physical exercise if something were to happen.

“If my dad is not there I want her to go out and do things, so when I called Jane she said there is a senior center that has exercise and things like that,” Mullins said. “I thought, ‘What a great way for my mom to get out and meet other people in her situation.’ The senior center seemed like a great idea for my mom to keep in touch with people her age and keep active without any pressure.”

This unique situation is what Kasarda would call an “impact story,” which are the stories of the Duneland YMCA members. They are happy, sad, and motivating, he said, and they are the reason why the YMCA does what it does.

Kasarda invited members DaShaunna Holloway and Beth Barber to speak at the breakfast to tell the audience about their story; how and why they started attending the YMCA and how it has changed their lives.

The two utilize the treadmill in the cardio room and never miss a Zumba and Tabata workout class.

“I was excited to speak and I was honored they asked me to speak,” Barber said.

“The YMCA is such a welcoming community,” Holloway said. “All walks of life can come in. You build friendships with people and people look for you when you’re not there.”

Brandi Anstine, the HealthLinc Community Health Center Chief Branding Officer, also spoke and praised the partnership between her organization and the YMCA. She also announced the launch of a pilot program between the two called Fruitful Futures, a garden project which will be used to grow produce for their patients and to educate the community on eating healthy.

The YMCA is not just a swim facility or a gym. It is a community-supported organization that will help raise the goal of $160K for families in need this year. It is the family people lean on for social interactions, for motivation to get healthy, and to trust when it comes to the care of their children.

At the end of Barber’s and Holloway’s stories, the audience stood in applause, thanking them and celebrating with them their journey with the YMCA.

To learn more about the Annual Campaign go to www.dunelandymca.org.