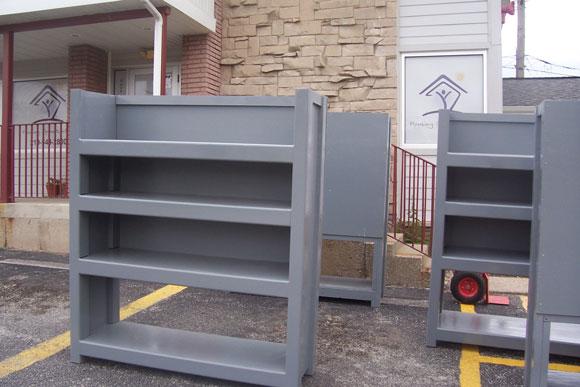 My name is Sam Nielson and I am a Boy Scout with Troop 904 sponsored by the Christ Lutheran Church in Valparaiso. Over the Memorial Day weekend, my troop and I completed an Eagle Scout Service Project (commonly referred to as an Eagle Project). This Project was carried out for the Food Pantry that operates at Housing Opportunities.

One of the highest achievements in Scouting is the Eagle Scout award. In order become an Eagle Scout, a scout must be active in a leadership position for a minimum of 16 months (often much longer), spend 21 nights camping in a tent or under the stars (although often many more). He must also give 24 hours of service to his community (excluding the Eagle Scout Service Project), complete a minimum of 21 merit badges, and, one of the most difficult requirements, plan and lead an Eagle Scout Service Project which benefits the community. 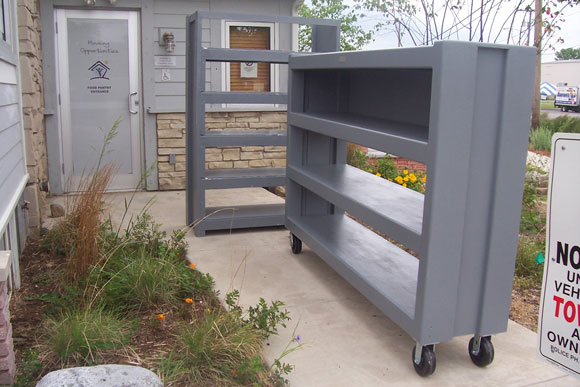 Last December, when I was looking for an Eagle Project, I learned of Housing Opportunities, and became interested in the work they were doing to help our community. The need for the new shelves in the Food Pantry was identified by Ms. Kathleen McClure: the Fund Developer for Housing Opportunities, who also works with the volunteers to coordinate their efforts.

Housing Opportunities is a non-profit charity that assists people in Porter County in a variety of ways. Some of the programs they provide include emergency and low-income housing, a food pantry, mortgage counseling, first time homebuyer classes, and many other services. I felt compelled to assist the Food Pantry, which provides food and other household products to citizens of Porter County who demonstrate a true need. In December of 2011, the Food Pantry served over 1000 people. By the time the Service Project was well underway in April of 2012, the need had increased and the Food Pantry was serving over 1500 people.

The project that Housing Opportunities and I agreed upon was to design, construct and install seven wooden shelving units. Each shelving unit was custom designed for the space it would occupy. There were three designs that were needed to complete this project. Six of the shelves went into closets to store canned goods, and the seventh shelf went into a hallway to hold non-food items that people donate to the food pantry. 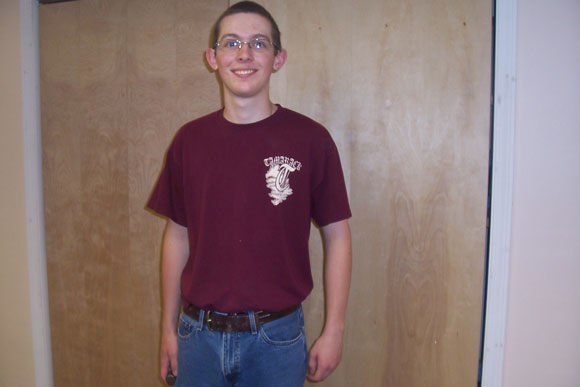 By the time that we completed the project the Food Pantry had seven new shelves installed that will hopefully make the jobs of the volunteers easier.