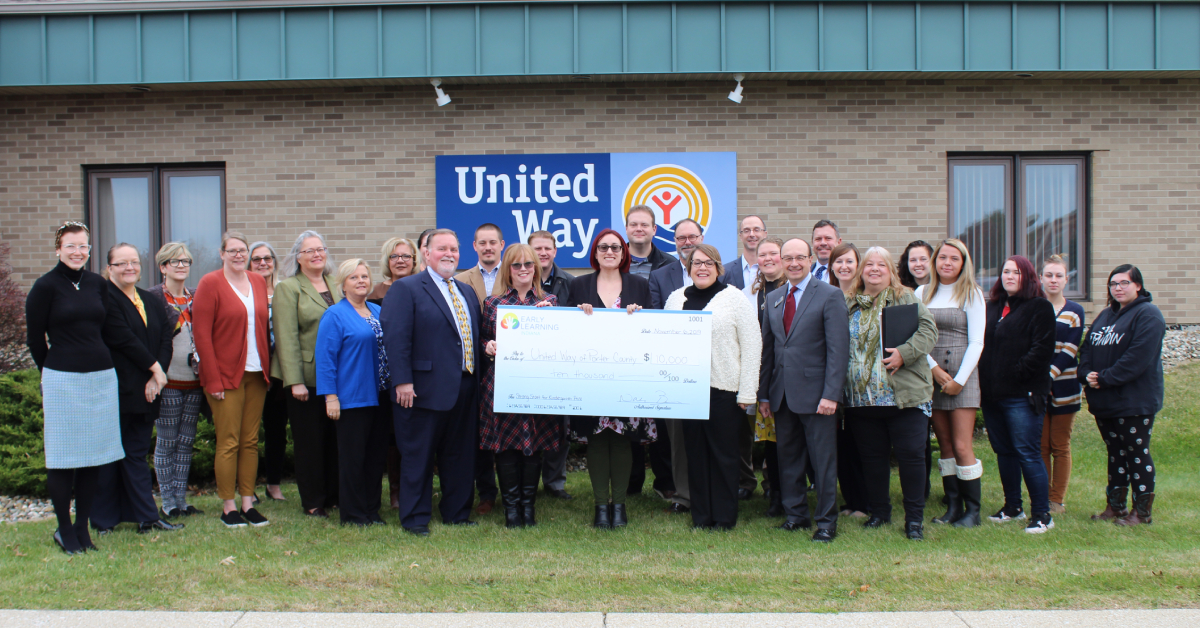 The initiative, also known as Full STEAM Ahead, focuses on preparing pre-kindergarten students for school. Indiana does not require preschool as many states do, so the programs United Way of Porter County supports under the initiative such as Kinder Camp and Ready, Set, Kindergarten help kids hit the ground running. Early Learning Indiana was impressed by United Way of Porter County’s grant application and awarded them with one of 10 checks that will be distributed across the state.

“There were really two components that stood out to us when we evaluated their submission,” said Natalie Brake, Director of Capacity Building for Early Learning Indiana. “United Way of Porter County rose to the top first because of their commitment to feasibility. Their Full STEAM Ahead initiative looks at multiple implementation models so that they’re able to meet families where they’re at and target some of the most at-risk families in the community. The second part was their commitment to data-driven decision making.”

“We know that the best investment a community can make is in their youngest residents,” said Mary Jane Eisenhauer, Professor of Early Childhood Education at Purdue Northwest. “The return on that investment is anywhere from $4 - $16. That’s measured in terms of the number of children who aren’t left behind repeating kindergarten, kept out of the juvenile justice system, and all kinds of other factors. Having United Way of Porter County take the lead on that is very important for our community’s development.”

Pre-k programs such as United Way of Porter County’s Kinder Camp help kids develop the basic tools and social skills they need to thrive in a school environment.

“We know through brain science that 90 percent of a child’s brain develops within their first five years,” said Brake. “It’s really a critical time for an individual’s development, and it sets the pathway for their success across their entire lives.”

While education is a focus for United Way branches across the country, United Way of Porter County is especially proud of their achievements in early education.

“We’re so excited; We’ve been working in early childhood for forever, and it’s nice to have a product that’s measurable and creates results,” said Kim Olesker, President and CEO at United Way of Porter County. “We know that if we’ve averaged 200 kids [in our programs] every summer for the last five years, that’s 1,000 kids that have had a better start thanks to our work, our donors and our partners.” To learn more about United Way of Porter County and their initiatives, visit www.unitedwaypc.org 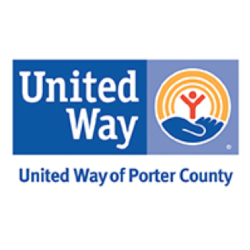