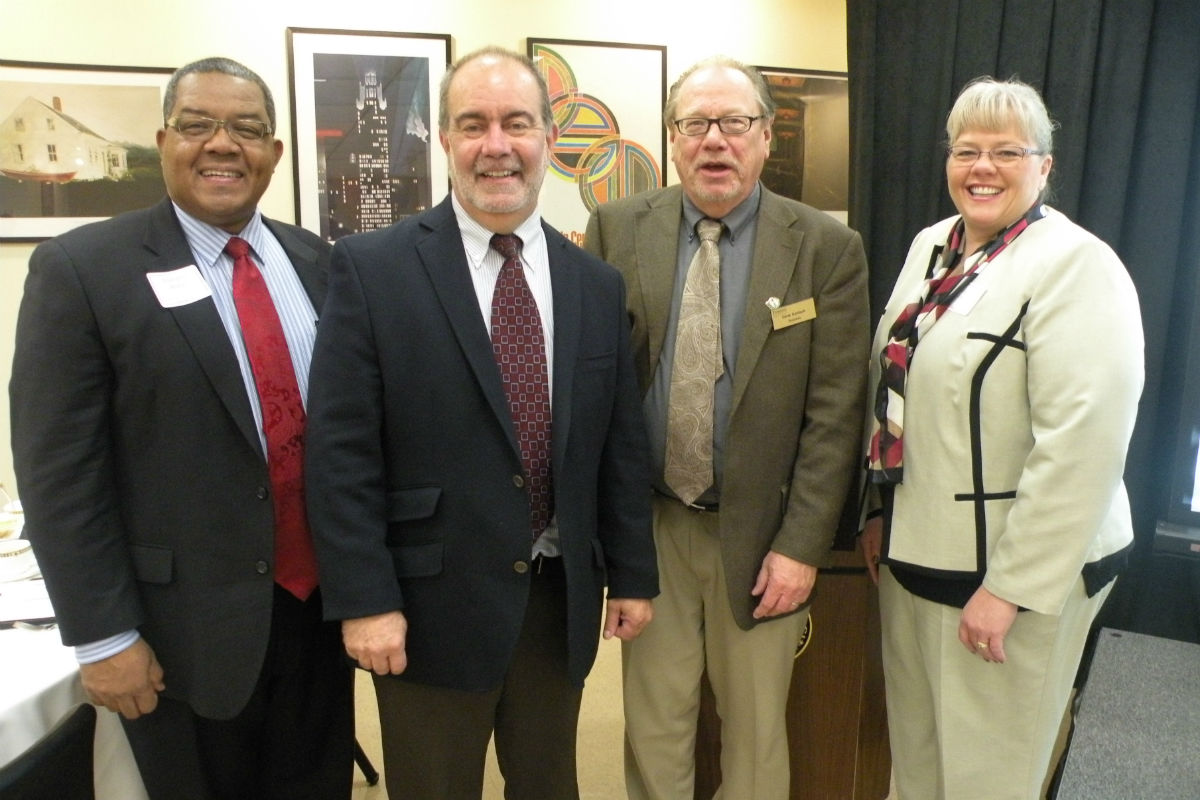 National and local economic trends and insights on workforce development were shared Tuesday morning at a fall economic briefing hosted by Purdue University North Central in conjunction with the Greater La Porte and Michigan City Area Chambers of Commerce.

Nationally, he said 2014 showed the first year that the nation returned to the employment level before the recession. 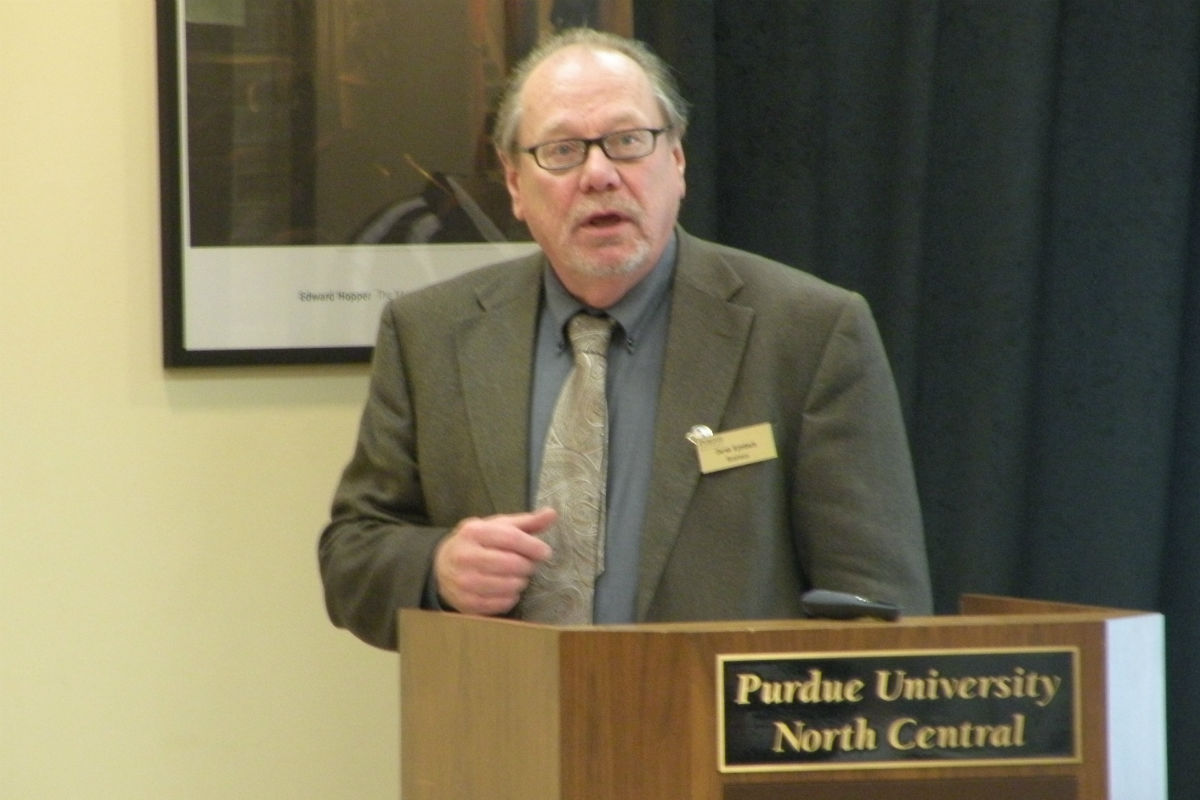 “We were finally able to recover those 8 ½ million jobs that were lost,” he said. The jobs recovery took 51 months, he said, noting that’s twice as long as any recovery since the Great Depression.

And while employment growth in La Porte County still lags behind the U.S. and Indiana averages, the local income growth is is closer to those averages.

“We aren’t doing well in jobs, but when it comes to income, we seem to be doing OK,” Bjonback said.

Bjonback also touched on the rise of employment in the agricultural industry locally that is coupled with the downfall in manufacturing. 128 more jobs are available in agriculture now than were in 2008, while 742 less are open in the manufacturing field.

The labor force’s overall downward trend was addressed by Anthony Sindone, another professor of economics at PNC.

“Some of it has to do with the perception that workers lack the skills today,” Sindone said. “They often get discouraged, and when the door is slammed on them, they just say ‘I’m done.’”

The means are available through PNC and Ivy Tech Community College, to help those in need of work land an opportunity, Sindone said.

Sindone shared interesting numbers when it comes to the local unemployment rate, pointing out that the 7 percent County rate is a near median between La Porte (3.1 percent unemployment) and Michigan City (about 10 percent).

“A lot of that has to do with many people in Michigan City not having the means to travel to get to some jobs,” he said.

Education was a focal point of Tuesday morning’s discussion - first with a presentation from Audra Peterson, executive director of the A.K. Smith Career and Technical Center, - then with a few interesting insights from Sindone, including one that showed that 35 percent of the 49 million college grads nationwide that have jobs now that do not require a college degree.

“But the person with the bachelor’s degree will always have a leg up on the other candidate,” he said. 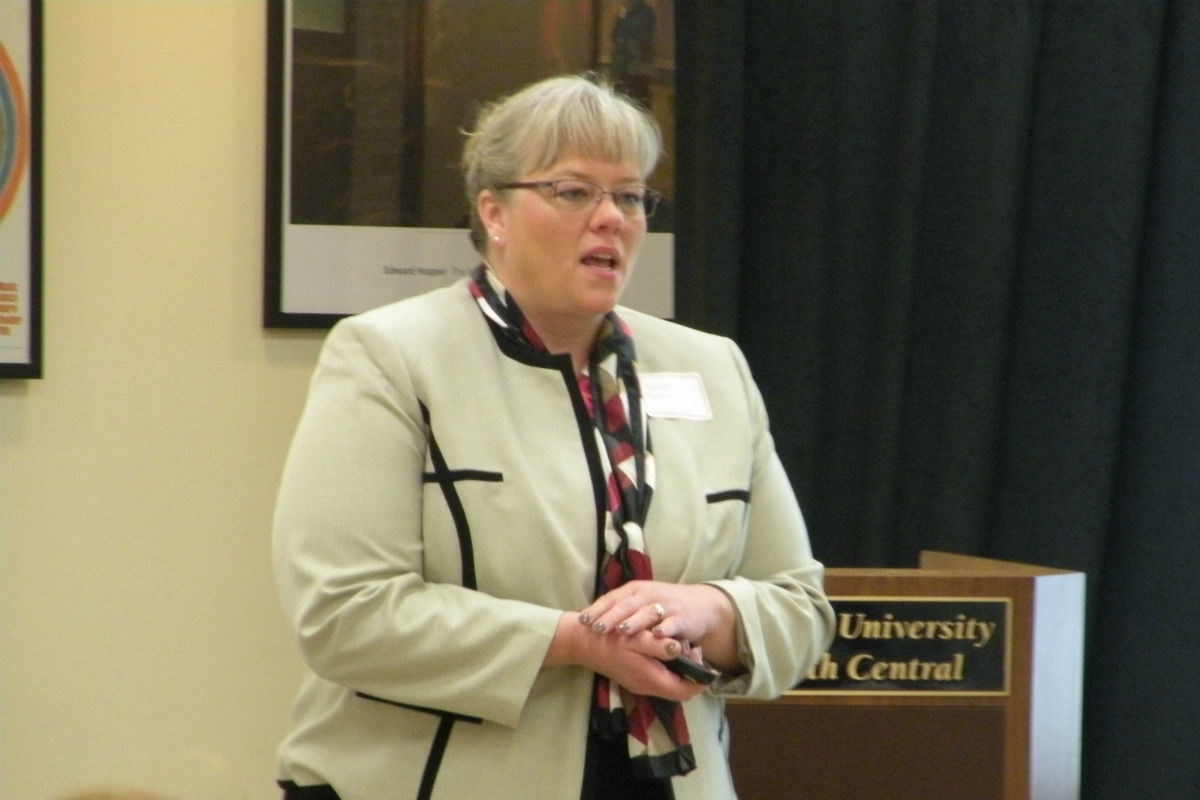 Peterson, who was introduced by Clarence Hulse, executive director of the Economic Development Corporation Michigan City (EDCMC), spoke of the importance classes at the A.K. Smith Center have on the future of economic development in the area.

“What our staff does on a daily basis has a very substantial impact on economic development,” Peterson said.

She also addressed the importance of students being exposed to WorkKeys, a job skills assessment system that helps employers select, hire, train, develop and retain a high-performance workforce.

“Our students are exposed to this so when they go out into the industry, they will know what to expect if needing to take this test,” Peterson said.