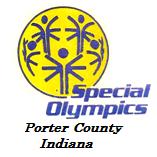 Dick Grob and Sam Thompson, members of Elvis Presley’s security team, will be special guest at the 20th annual event being held October 12 – 14 at the Woodland Park Community Building in Portage, Indiana. Grob and Thompson will relate stories of how they met the famed Rock ‘n’ Roll King and how they protected him as his toured throughout the United States during the 1970’s.

The Elvis FANtasy Fest is a fund raiser for the Porter County Special Olympics and a dream weekend for anyone who enjoys the music of Elvis Presley, collects Elvis memorabilia or would like to join a local fan club. Licensed by Elvis Presley Enterprises, the weekend will include a qualifying contest for the 2013 Ultimate® Tribute Artist Contest which to be held in Memphis, TN during the annual Elvis Tribute week next August. Over twenty tribute artists will perform with Chicago’s Change of Habit Show Band for $2500 in prizes and the chance to represent EFF in Memphis.

There will be auction items, door prizes, food and games available all weekend. The volunteer base come from the Special Olympics parents as they work together with the organizers of the event to raise money for their sport programs and teams for the Porter County Special Olympians.

Tickets available at the door – children under 12 are free. Special Olympians who wear their team shirt are invited to attend at no charge.

Doors open Friday night at 5:30 pm for a dinner/concert and free sock hop. 10 am on Saturday & Sunday.