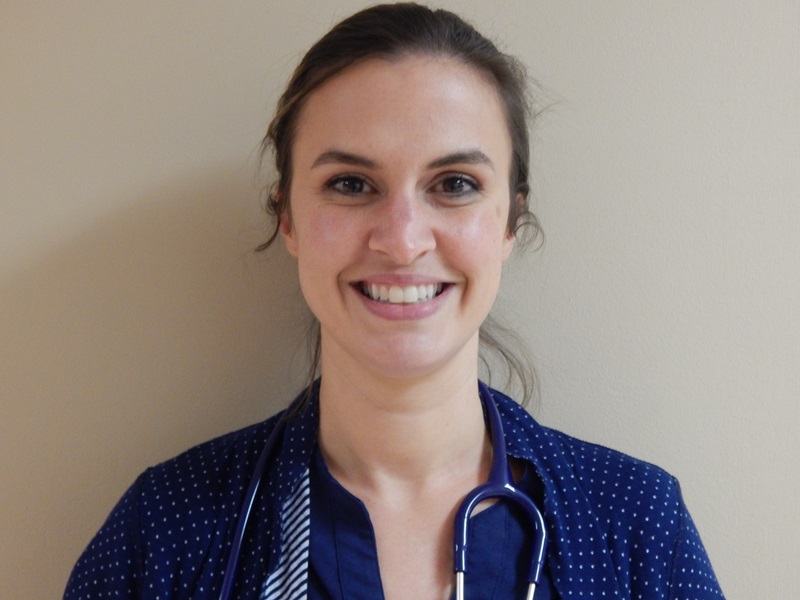 Emily Olmos, a registered nurse in the Intensive Care Unit, who has spent the last two of her five years at the hospital there, is Franciscan Health Michigan City’s December Ambassador of the Month.

The award has been presented by the hospital’s Social and Recognition Committee since 1988 and recognizes employees who exhibit the mission and values of Franciscan Alliance, which include compassion for those in need, respect for life and the dignity of mankind, wellness and prevention of illness, restoration to health and acceptance of death as the final step toward wholeness. Recipients also have demonstrated courtesy, the proper attitude and enthusiasm for their work.

Olmos, who resides in Michigan City with her husband, Juan (they have a son and two daughters), was nominated for the award by a patient’s mother, who said Olmos always “went out of her way” when taking care of the woman’s son.

Asked how she felt about receiving the honor, Olmos, who said she had wanted to be a nurse since age 7, added she enjoys her work, was surprised and flattered to be recognized, and “always is excited to see who I will be working with each day.”

She added, “I was born in Michigan City and love the people. It is a great feeling to serve the community. And the people I work with are exceptional.”

When she is not working, Olmos enjoys going to concerts with her husband and spending time with her family.

In recognition of the honor, Olmos, as are all Ambassador recipients, was honored with a special billboard display for the month, a privileged parking spot, an Ambassador badge holder, a photo on the Ambassador of the Month wall that displays the previous 12 months’ winners, and $150.