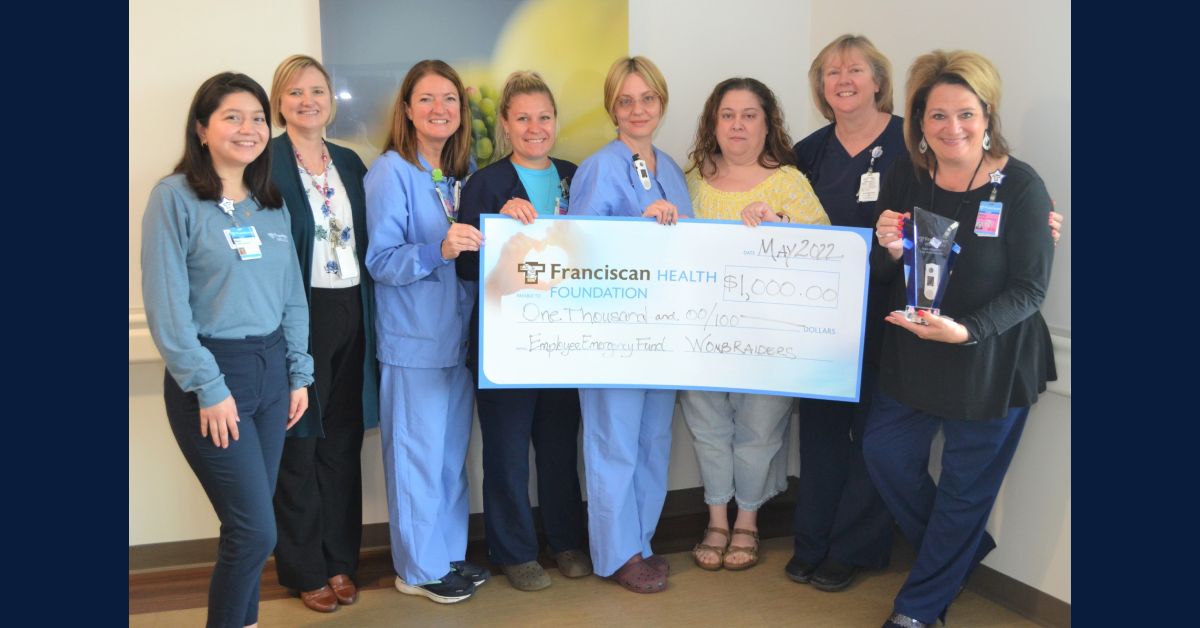 Franciscan WellCare completed its 12-week Healthy You in ’22 program, with more than 400 coworkers participating. Money collected through a small entry fee helped pay for prizes for those who met their goal.  The “Womb Raiders” team in Michigan City had the top performance based on weight loss and activity points.

Womb Raiders co-captain Patty DeStefano, Family Birth Center manager, said, “It was such a fun group effort, collecting our weights weekly and getting motivated by who was down the most that week. Everyone is doing a great job of getting healthy and we are going into the summer in great shape.”

Co-captain Rebecca Billings, RN, added, “The hardest part is getting started. Once you take that step it gets easier.  It was so nice working with a group as we held each other accountable.”

To learn more or to donate to the Franciscan Health Employee Emergency Fund, go online at franciscanhealthfoundation.org/programs/employee-emergency-fund or call (219) 661-3401.