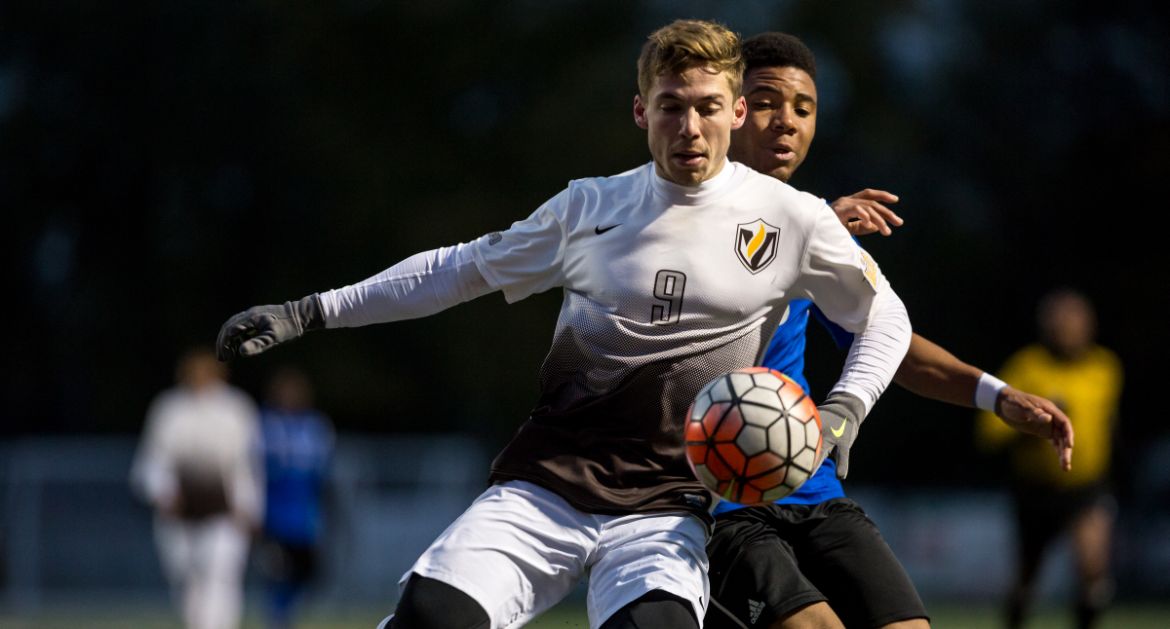 As the Valparaiso University men’s soccer team gets set to begin regular season action on Friday night, it’s something simple yet often overlooked that could lay the foundation for a successful 2018 campaign.

Head coach Mike Avery and his staff have assembled a collection of players from across the globe who are not only talented, but also fun to be around. They enjoy the sport of soccer and enjoy each other, putting them in position to uphold the program’s tradition of high-character individuals who also thrive in competition.

“They’ve been incredibly fun to be around, and many people don’t realize how important that is to a team,” Avery said. “We spend so much time together in a pressure-filled environment where you’re always trying to win. The value in this experience is in the relationships you build. We have a happy group of players who are great friends off the field and push each other to do better. Not only are they talented players, but they love it here and enjoy representing our program and Valparaiso University. Figuring out some of the strategy and X’s and O’s takes time, but when you have a group that is motivated, engaged, hard-working and happy, that’s an extremely good place to be.”

Goalkeepers
Nacho Miras (Ubeda, Spain / Neutra Semora del Pilar) is back as a redshirt junior after playing in 16 games as Valpo’s primary starting goalkeeper in 2017.

Miras posted a 1.64 goals against average, which ranks 10th in single-season program history. He racked up 61 saves during a season that saw him earn MVP honors in the Chicago Classic, MVC Defensive Player of the Week accolades and gain a place on the College Soccer News National Team of the Week.

The Crusaders have no shortage of depth at that position, where Dan Rosenfeld (Mexico City, Mexico / Colegio Tarbut) is poised to return to the pitch after injuries have kept him sidelined throughout his Crusader career. In addition, senior Alex Richt (Manhattan, Kan. / Manhattan [Graceland]) saw time last season and had good success before putting together a strong summer in the PDL.

“We’re in a very fortunate situation at the goalkeeper position,” Avery said. “As talented of a roster as we have throughout, our strongest position in terms of depth is goalkeeper. We have three high-quality goalkeepers on the roster. As the returning starter, Nacho has the edge right now. Dan continues to come back from injury and has really pushed Nacho in preseason, and Alex did extremely well for us last season. That’s an extremely good positional group.”

Defenders
The Crusaders have yet to have their complete back line available as several players who are going to compete for playing time have been held out with very minor injuries or to rest up after active summers.

The back line could continue to evolve over the next two weeks or month. However, there’s no question regarding the group’s talent. Matthew King (Edmonton, Albera / Louis St. Laurent [Grand Canyon]), Alex Brown (MayPen, Jamaica / Glenmuir [Cincinnati State]) and Jonas Engler (Illingen, Germany / Georg Kerschensteiner Scule) are all back after playing significant time last season. Jordan James (Hellshire, Jamaica / Womer’s Boys School) has been converted from an attacking player to a right back. Julien Bertho (Plumelec, France / Richland CC) who led his junior college team to a national championship appearance, is among the newcomers on defense.

“There are eight or nine players who are competing for time who have the ability to play back there,” Avery said. “It’s all about finding the right partnerships. We have a talented group on the back line with a lot of options.”

“He is a super talented player who is going to be a pro prospect, and there are so many pieces behind him,” Avery said. “We have a deep, dynamic midfield group. We’re trying to find out who can play best with whom. It’s a fun group that can keep the ball very well. I don’t know that we’ve ever had a team keep the ball as well as we can.”

“Lucca is going to be a great addition – he brings a creative quality to the team,” Avery said. “As a graduate student, he is mature and connects very well with players like Rafael and Adan (Garcia),” Avery said. “Danny has been a very good addition as well. The engine in terms of the dirty work in the midfield are guys like Akeem and Demar. They cover a lot of ground and allow the attacking guys to go, so they’re extremely important to us.”

“He’s such a talented and versatile player,” Avery said. “Having him play high up the field is good for us. He can obviously score goals and he holds up the game well. He’s a good passer and can finish. He’s been extremely fun to watch play up there.”

Michael Marchionna (Naperville, Ill. / Naperville Central) is coming off a strong preseason and is coming into his own. Avery describes Marchionna as big, strong and fast. Joe Kouadio (London, England / Moorland School) is a freshman with huge upside who could also play a factor up front.

Coaching Staff
Avery is back for his 12th year at the helm of the program. He enters 2018 with 82 career wins and shattered the Valpo record for career wins by a head coach last season.

Barillas previously worked at the USSDA level with the Indiana Fire and the Chicago Fire and has also seen time with the Indiana Magic, Chicago Magic and South Bend Junior Irish clubs. He has worked in collegiate soccer with stints at Lewis University and Georgia Perimeter College.

The El Salvador native saw time with his home country’s youth national team before coming to the United States to play at Bethel College – the same school that gave Avery his start as a head coach.

“While we were at Bethel at different times, we do have some connections that help bring us together,” Avery said. “Raul is connected to the regional club scene, which helps us in recruiting. He is a native Spanish speaker, which is useful in communicating with many members of our team, and he is a very good soccer coach and teacher who adds a lot of value to our staff. His direct responsibility this season will be with our goalkeepers, but we anticipate Raul will be a great help in all areas of the game.”

Osifeso transitions to a coaching role after playing for the Crusaders in 2017.

“Tunji has been a valued member of the program for the past two years, and while his eligibility exhausted after the 2017 season, we are pleased he will still be around this semester as he puts the finishing touch on his undergraduate degree,” Avery said. “Tunji is a great link for us between players and staff. He was a very good player who didn’t see his college career flourish in the way we all expected due to a series of unfortunate injuries, but he continues to give to the program – just now from the bench. We are very lucky to have Tunji around and think he will play a big role in our season.”

The Schedule
Valpo will continue its tradition of playing an extremely challenging nonconference schedule in an effort to be ready to fill up the win column come conference play.

“We have a very difficult start to the season, which is great because it shows us what we’re good at and what we need to continue to improve,” Avery said. “If we can manage the early portion of the season and keep our confidence, we’ll be in a great position. We’re going to put a premium on conference games. We’re not ignoring the other games, but we know our ticket into the postseason is through Valley play. Everything else is building toward those games. The league is going to be very competitive, and I think we’ll be right in the mix. If we can peak at the right time, this is certainly a group that can be ready to challenge for a conference title by season’s end.”