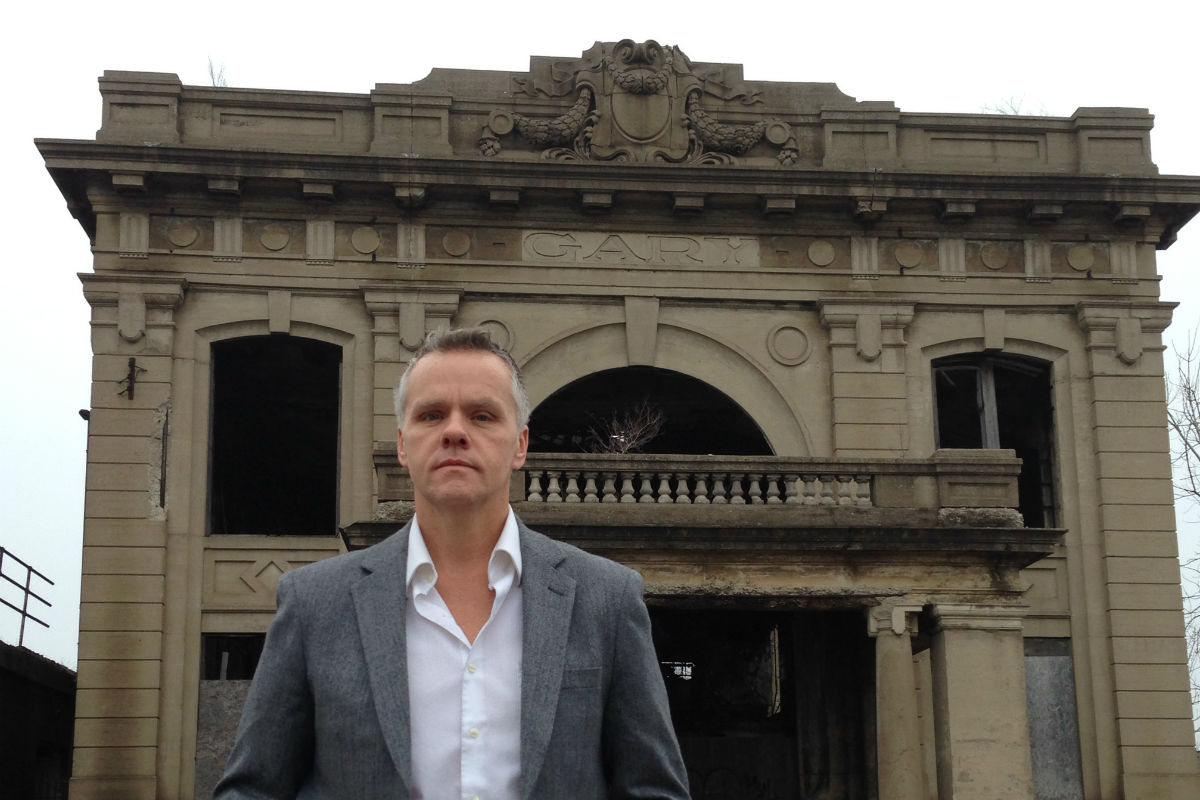 Jerry Davich, writer, columnist, radio host and author of his latest book "Lost Gary: Rusted Landmarks of the Steel City" originally had little interest in the city of Gary, the city he grew up in. The city was crumbling, the buildings abandoned relics of a bygone era and its populace, an aging group of individuals whose best memories of the one-time “wonder city” are long gone.

This changed once he and his fiance and fellow radio show host Karen Walker took a walk through the different areas of Gary, getting a close look at the crumbling city that once was.

It is through this that he saw his hometown with new eyes for the first time, it was through this he saw a Gary he had never known before.

“It all started with my first book, “Connections” and that came from my tendency to say no instead of yes to certain situations,” says Davich. “I wanted to stop saying no and stop telling people no, so I simply started saying yes, even if I wasn’t ready, that is how the book was born and really, how my career has been shaped so far.”

Davich was approached by publisher History Press who had previously published books such as Lost Washington, DC and "Lost Detroit: Stories Behind the Motor's City's Majestic Ruins", two books that explore the history of each respective city along with an introspective look at the both the positive and negative aspects of each city.

“They approached me and said they enjoyed my columns and since I was a native of Gary, asked if I would be willing to take on the project,” says Davich. “At the time I wasn’t initially sure about accepting this project. Just because I grew up there, that didn’t mean I was qualified to write about Gary, but since I had that say yes attitude, I accepted.”

When Davich began his work on research, Karen allowed Davich to discover the side of the city he had not seen before. It was through her eyes that Davich saw the City of Gary as its true self.

Davich conducted extensive research covering much of Gary’s history, but found that the people of Gary, the residents who have resided in Gary for decades were the most valuable resource.

The residents of Gary were often vocal in expressing their opinion of the city and its current condition.

Now that "Lost Gary" has been written, Davich is currently in the process of promoting the book and talking to the people who have read it and those interested in reading it. Davich mentions that while this isn’t the most comprehensive book on the City of Gary, it is a book that will draw attention to certain aspects of the city’s past and will contain facts that most outside of Gary may not be aware of.

“There were facts and things that I learned that surprised even me. I learned why Elbert Gary chose to call the city Gary. I learned why buildings still stand there and haven’t been torn down. I didn’t set out to create the most comprehensive source of information available for Gary but like my writing and radio show, it was meant to provoke responses. It was meant to raise questions.”