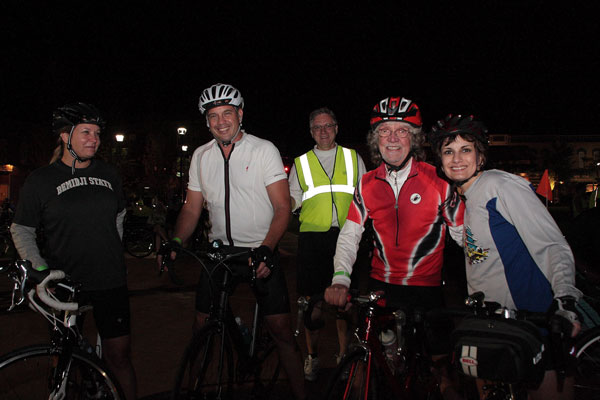 Years ago, before she was married, before she had children, Helene Pierce from the Valparaiso Parks Department participated in the Indianapolis’ N.I.T.E. Ride, a 20-mile ride around historic and popular places in Indianapolis that starts at 11:00pm. Yes, PM! She fell in love with it and returned to do it a few more times.

Several years ago, she suggested to friends and co-workers that their department do something similar. It was thought about, but never implemented. However, about a year ago-she pitched her idea to Dan McGuire and the rest as they say, is history. 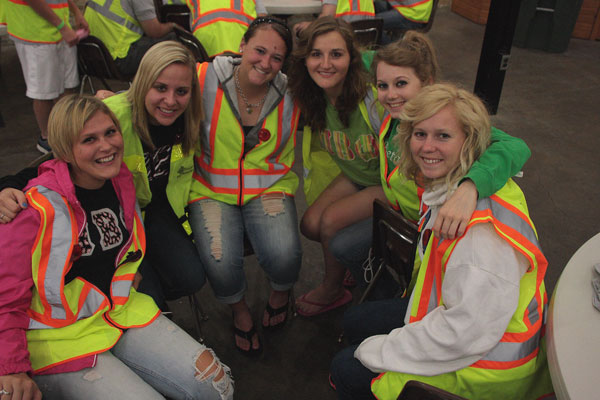 They decided they did not want this to be a “Valpo” thing, they wanted it to be a regional event that would draw people from all around to Valparaiso. They were successful, they had people from across state lines in Illinois and Michigan, and registrants from Northwest and North Central Indiana. In fact it was so popular they hit their 250 participant limit and had people on a waiting list.

At 11pm on Saturday, August 27th, the bicycle bells rang and people of all ages buckled their helmets, turned on their lights, and set off on what soon will be an end of summer tradition. Valparaiso police escorted us out of Fairgrounds Park to Valparaiso Street where we headed north through a few neighborhoods, eventually we toured around Rogers Lakewood park before we headed to some county roads to the west of town. Heading back south we stayed on Campbell street and began winding through the downtown neighborhoods before taking a break at Central Park Plaza. Everyone enjoyed food, water and music while they rested for the second half of the ride. About 15 minutes after the last riders arrived, the city police began to escort us back to Fairgrounds park, but not before touring the Valparaiso University campus and some pathways I never knew existed! Once we arrived back at the park, we were treated to a Mexican meal donated by El Salto.

My family was able to participate in the ride and we had a great time. Though my children Emily (9) and Caden (8) were a bit skeptical at first, they were very happy they participated. My son’s favorite part was conquering Mechanic’s Hill. (Indiana Avenue between downtown and the hospital.) He said “It was a challenge and I did it, I bet nobody thought I could!” (Just to be completely transparent, he was on a tag-a-long, but he definitely did help push the two of us up that torturous hill as well as a few others along the course.) 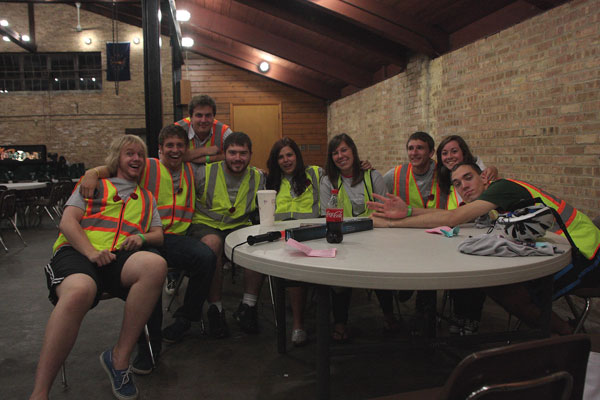 RG Skadberg, who hosts a show on Valparaiso’s 93.5 radio station was glad to be part of the ride, “It was great to be part of the Valpo Parks first night ride. It was also my first group ride. They did a nice job with leading the hundreds of riders on the route as well as providing shirts, food and entertainment during the event. It should become a big annual hit and they could probably do more than one next year. I am sure they will have no problem selling out next August's ride.”

Cary Robertson, a former resident of Valparaiso, took the weekend off work and came up from Rensselaer to ride. “There are a lot of new great things in Valpo since I lived here, guess I will have to come back in the daylight to see even more.” When asked, Cary said he was already ready to sign up for next year’s ride, which, by the way is scheduled for August 25th, 2012.