American Structurepoint’s construction on the five-point roundabout in downtown Valparaiso has progressed into phase two of the project. The roundabout has developed rapidly since the project began in May.

“It’s been fascinating to watch the progress from day one,” Prudential Executive Group Real Estate owner Larry Hitz said. “The folks from American Structurepoint have been great at communicating with us.” 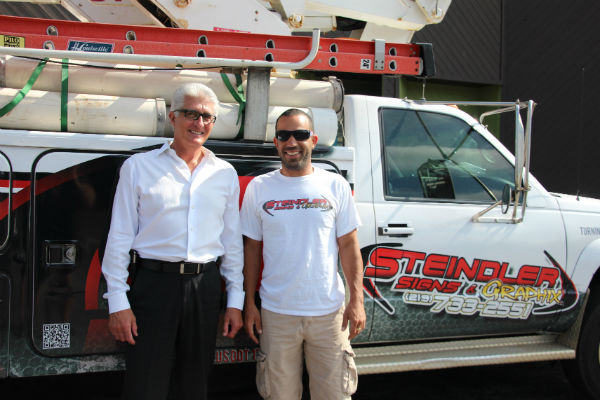 On Thursday, Steindler Signs & Graphix helped make it possible for Hitz and ValpoLife Publisher Chris Mahlmann to enjoy an aerial view of the roundabout’s progress.

“We enjoyed getting a rooftop perspective today,” Hitz said. “Thanks to Steindler for getting us up there.” 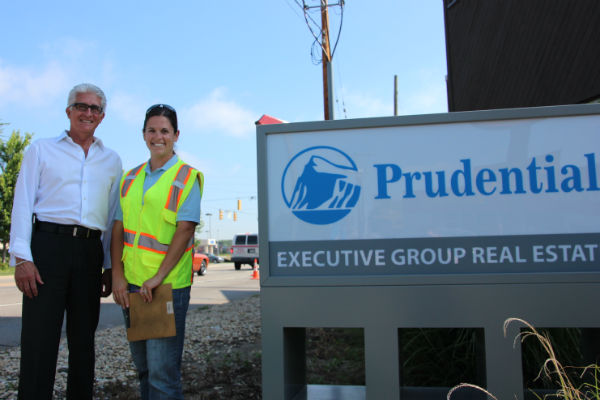 The business owners have been very understanding of the construction that is taking place.

“All of the business owners along here have been very accommodating,” Dubyel said. “We appreciate them because we know it’s an inconvenience to be blocking off these driveways. Walsh & Kelly has done a great job as the general contractor out here and things are going really well.”