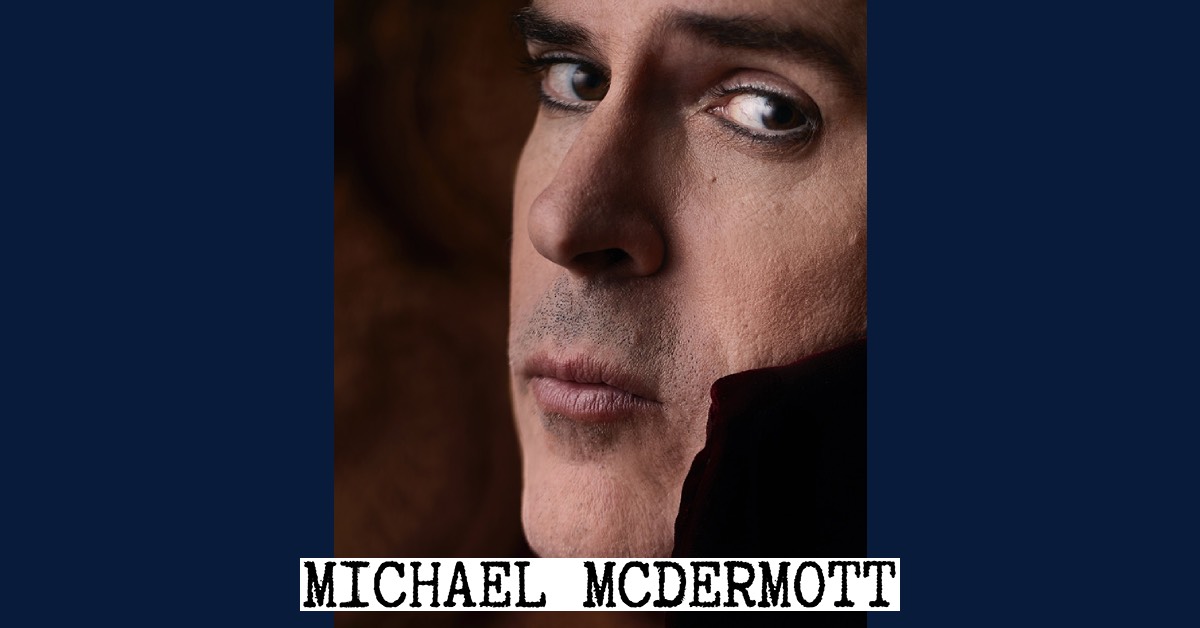 Music makes a deep connection when it strikes that delicate nerve separating the personal from the universal. If the listener can use the songs as mirrors, then the musician has succeeded in communicating their art. Chicago-based singer-songwriter Michael McDermott has spent decades riding that artistic balance, and he does it again with fresh potency on St. Paul’s Boulevard, which arrives May 20 on Pauper Sky Records.

St. Paul’s Boulevard is a concept album, of sorts. It gathers its creative momentum by introducing characters lost and found, rich and poor, young and old, and many struggling to survive on a fictional street that could exist anywhere. Recorded from August 2021 to February 2022 at Transient Sound and Pauper Sky Studios in Chicago, St. Paul’s Boulevard is the sonic vision of McDermott and co-producer Steven Gillis. Gillis is also on drums, playing with fellow musicians Matt Thompson on acoustic and electric bass; Grant Tye on guitars; Heather Lynne Horton on violin and vocals; and Vijay Tellis-Nayak on piano and organ. Additional musicians on St. Paul’s Boulevard include Will Kimbrough on guitars, banjo, and mandolin; John Deaderick on piano, organ, and keyboards; Danny Mitchell on piano and keyboards; and David Grissom on guitars.

McDermott, who also played guitars and piano on his batch of personal songs, is at his most passionate on choice cuts: “Our Little Secret” is a driving folk-rocker that plays like the soundtrack for restless days and lust- filled nights. “Sick of This Town,” with its chugging folk-country bottom beat, is a cathartic ode to busting out of the neighborhood that cages us in. “Marlowe” pays tribute to Raymond Chandler's Phillip Marlowe character in an anthemic heartland rocker. And “New Year’s Day” is one of those brooding tunes that seeps under the skin and rattles the senses.

“Everyone has their own St. Paul's Boulevard, the place where we left pieces of our hearts, our innocence, where we suffered heartbreak, came to learn about shame, where we struggled to find our place in this world,” says McDermott. “It’s a place where we struggled to nurture love and light in a darkened world. It’s where some of us were permanently arrested in our development and our social and emotional intelligence.”

McDermott knows a thing or two about heartbreak and arrested development. Back in the early ‘90s, McDermott was the new toast of the major label recording industry with his debut album, 620 W. Surf. But in typical chew-them-up and spit-them-out style, McDermott had seemingly been tossed in the never-been bin by the end of that decade. He persevered, though, and built a career fortified by more than a dozen studio albums and critical acclaim from Rolling Stone, The New York Times, CNN, and The Washington Post, to name a few. Even Stephen King, the master of the best-selling horror novel genre, called McDermott “possibly the greatest undiscovered rock and roll talent of the last 20 years.”

But this heartland rocker continues to make music on his own terms. He is the ultimate survivor of the potentially soul-crushing world of money-hungry executives and starving singer-songwriters yearning for stardom. That’s exactly why St. Paul’s Boulevard is as personal as it is universal. McDermott lived those songs, that place, and those shattered hopes.

“Those days are now just a wash of dreams of characters, of drunken and drug-fueled nights wandering all over town looking for an angry fix driven by love, lust, longing, or connection,” he says. “I lost a lot of people on St. Paul's Boulevard. Many never made it out, but I'm lucky to have. It's a place that brings out our best and our worst in equal measure. It's the landscape where the doggedness of the spirit rises above the grim realities that surround us.”

“McDermott’s music helped me to find a part of myself that wasn’t lost, as I had feared, but only misplaced. That’s why we love the ones who are really good at it, I think: because they give us back ourselves, all dusted and shined up, and they do it with a smile…Michael McDermott is one of the best songwriters in the world and possibly the greatest undiscovered rock & roll talent of the last 20 years.”