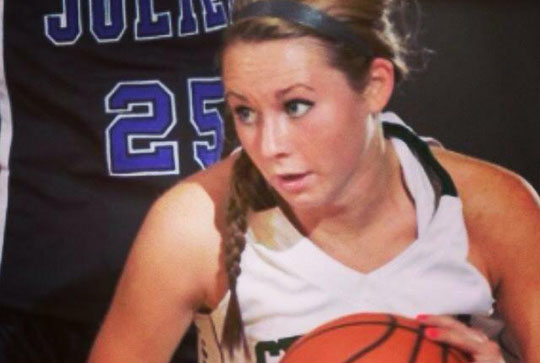 Former Moraine Valley Community College All-Region and All-Conference guard Maggie Yandel has agreed to continue her education and basketball career at IU Northwest. Yandel a 5’9” swingman from Palos Heights, IL (Stagg High School) led Moraine Valley to a 22-11 record and appearance in the Region IV Championship Game 2014 while leading the Cyclones in scoring at 15.2 points per game. Following the 2013-14 season Yandel was named to the All-Region IV Team and All-Skyway Conference First Teams.

During the 2013-14 season Yandel posted 15 games with at least 17 points including a career-high 33 point, 8 rebounds and 4 steal performance in a season opening 73-68 win over Lincoln Land College. Later Yandel poured in 29 points with 6 rebounds and 6 steals in a 102-71 decisive victory over Olive Harvey. Additionally Yandel went 12-15 from the floor en route to 25 points, 7 rebounds 4 steals in a blowout 87-38 win over Triton. Yandel averaged 3.2 rebounds, 2.0 assists and 2.8 steals per game for the Cyclones in her sophomore season.

“Maggie is an extremely quick and athletic guard who is very quick the ball and a major factor in the transition game. Her speed will make her an immediate asset to our lineup as she will help extend our defense with her ability to pressure the ball and get into the passing lanes. She is an athletic defender and instant offense, I have yet to see anyone catch her from behind in the open floor,” said IU Northwest Head Coach Ryan Shelton.

Yandel joins former Moraine Valley standout and teammate Katie McGann on the 2015-16 RedHawks roster. In between Moraine Valley and IU Northwest, Yandel appeared in five games for Lindenwood-Belleville during the 2014-15 season. "We have pursued Maggie for quite some time now and are glad to finally have her with us. We expect her to make an immediate impact on our team this season,” added Shelton.

Maggie will provide more talent and experience to a RedHawk roster that features 2015 All-American and A.I.I. Conference Player of the Year, Nicki Monahan and 2015 A.I.I. Freshman of the Year, Grayce Roach who led IU Northwest to an 18-13 record in 2014-15. Maggie Yandel will major in Communications and minor in Business Administration at IU Northwest beginning in the Fall of 2015.