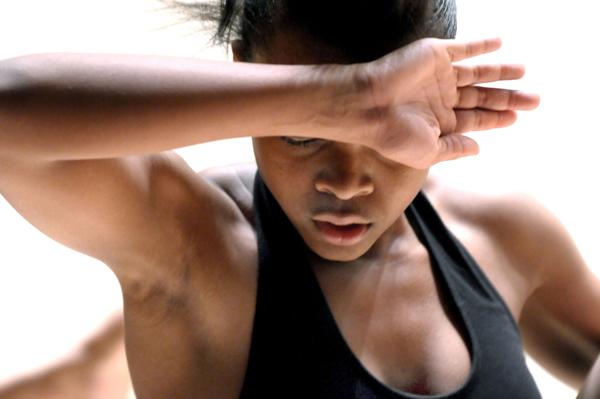 On Saturday, June 9, 2012, 7:30 p.m., the South Shore Dance Alliance (SSDA) will showcase the choreographic works of four student choreographers who have been accepted into prestigious summer dance programs in Chicago, Detroit, and New York City. The performance will take place at SSDA’s studios located at 665 S. Lake Street, Gary, and will take place in conjunction with the Miller Beach Arts and Creative Districts “Pop up Arts” festival which will be held on Lake Street from 5:00 to 9:00 pm. SSDA will apply donations and proceeds from the performance to help offset tuition and other expenses related to their respective summer programs.

SSDA invites the community to the June 9 performance to observe on firsthand the level of creative talent of these young dancers as well as the other SSDA company members. Each of these students had to audition for these prestigious summer programs, and each was selected to participate in these programs from hundreds of young dancers from around the country and in some cases the world. The programs can play an important role in their pursuit of a career in dance.

India Maynor, 16, Gary, is a junior dance major at the Wirt-Emerson Visual and Performing Arts Academy; she is also a member of the National Honor Society, and president of her class. India began her formal dance training at Wirt-Emerson as a sixth grade student. India began studying with SSDA when she was 13 years old and began performing with the company a year later. Last summer, India spent five weeks studying with Ballet Chicago where she was selected to participate in their year-round program. This year she was offered a partial scholarship to Ballet Chicago, but chose to attend the summer intensive offered at the Ailey School in New York City.

Diamond Harris, 16, Gary, is a sophomore dance major at the Wirt-Emerson Visual and Performing Arts Academy. She is also a member of the National Honor Society. Prior to her enrollment in sixth grade at Wirt-Emerson, she had no formal dance. Diamond began studying with SSDA when she was 12, and she became a company member a year later. This will be her second summer in New York studying at the Ailey School.

DeVante Pickett, 16, Gary, is a sophomore dance major at the Wirt-Emerson Visual and Performing Arts Academy. DeVante decided that he wanted to be a dancer and came to Wirt-Emerson as an eighth grade student with very little training, after taking part in an inner-city dance camp sponsored by the Alvin Ailey School. He began working with SSDA in the summer of 2010 and began dancing with the company that same year. Last summer, DeVante studied with Deeply Rooted Dance Theater Chicago as a part of their summer intensive dance program. This summer, DeVante will be attending Dance Theater of Harlem’s summer intensive in Detroit.

DaMarco Kimble, 17, Gary, is a junior dance major at the Wirt-Emerson Visual and Performing Arts Academy. DaMarco did not have any formal training prior to his enrollment at Wirt-Emerson. DaMarco began studying with SSDA when he was 13 and began performing with the company one year later. DaMarco has auditioned and been accepted into both the Ailey School and Deeply Rooted Dance Theater summer intensive dance programs, and he has chosen to attend the Deeply Rooted Dance Theater program.