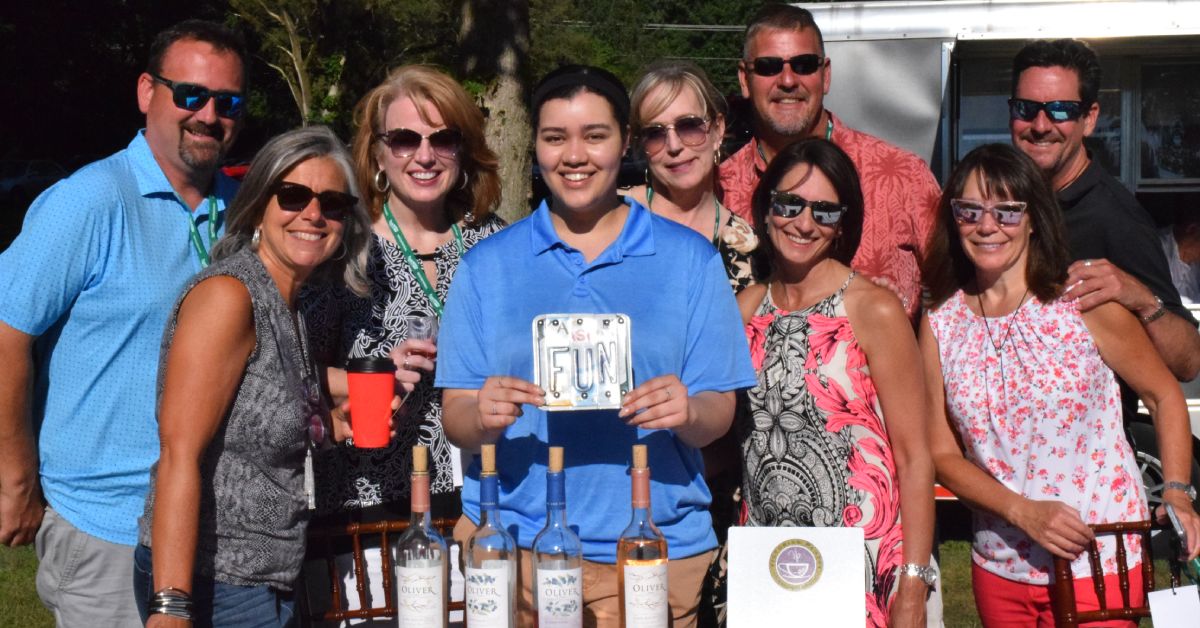 Over 150 guests lined up in their golf carts to get a taste of the front nine at the South Bend Country Club for the Four Winds Invitational Grapes on the Green fundraising event, sponsored by Panzica Building Corporation.  From personal charcuterie boards to luxe Italian bread, golfers and foodies alike dug into samples from South Bend’s most sought-after restaurants and washed them down with a perfect pairing of delicious wines from around the globe. Classic Catering, Cultivate Food Rescue, Papa Vino’s, Uptown Kitchen, Victorian Pantry, Boardgasm, Aloft, and the Four Winds Casinos Food Truck were there to provide all of the gourmet food tastings.

Since its beginning over ten years ago, the Four Winds Invitational has raised close to $800,000 for Beacon Children’s Hospital. Nearly five years ago, Bill Panzica, Executive Vice President of Panzica Building Corporation, got involved and began sponsoring the Grapes on the Green event, as part of the Four Winds Invitational tournament week activities, after he started hosting Pro-Am golfers at his own home.

“When Four Winds Casinos found out how much I was involved in helping the golfers, they came to me and said they wanted to start a fundraiser,” said Panzica. “So we decided to have an event where non-golfers could come out and experience the golf course with some food and wine.”

The fundraiser is built on volunteers. The food, wine, and staff time are all donated to ensure a great event. Bill and his wife Deb are always there with a smiling faces, greeting their community and making sure everyone, including the volunteers, are having a great time.

“I love the wine, but I also love the food and the people,” said Panzica. “You get to come out here and meet all sorts of new people, and we’ve made some close friends out here.”

There are so many ways the community can get involved with the Four Winds Invitational, but the biggest and arguably the most impactful is to house golfers during the invitational. The other is to simply come out to watch and support the female golfers.

“One of the ladies I’ve housed just won the British Open,” said Panzica. “And it’s free to come out to events like this and support everyone.”

144 golfers will take the course tomorrow at the Four Winds Invitational as part of the Epson Tour. This tour is part of the “Road to the LPGA”, giving elite female golfers from around the world a chance to compete at the highest level.

To learn more about the Four Winds Invitational visit: https://fourwindsinvitational.com/.