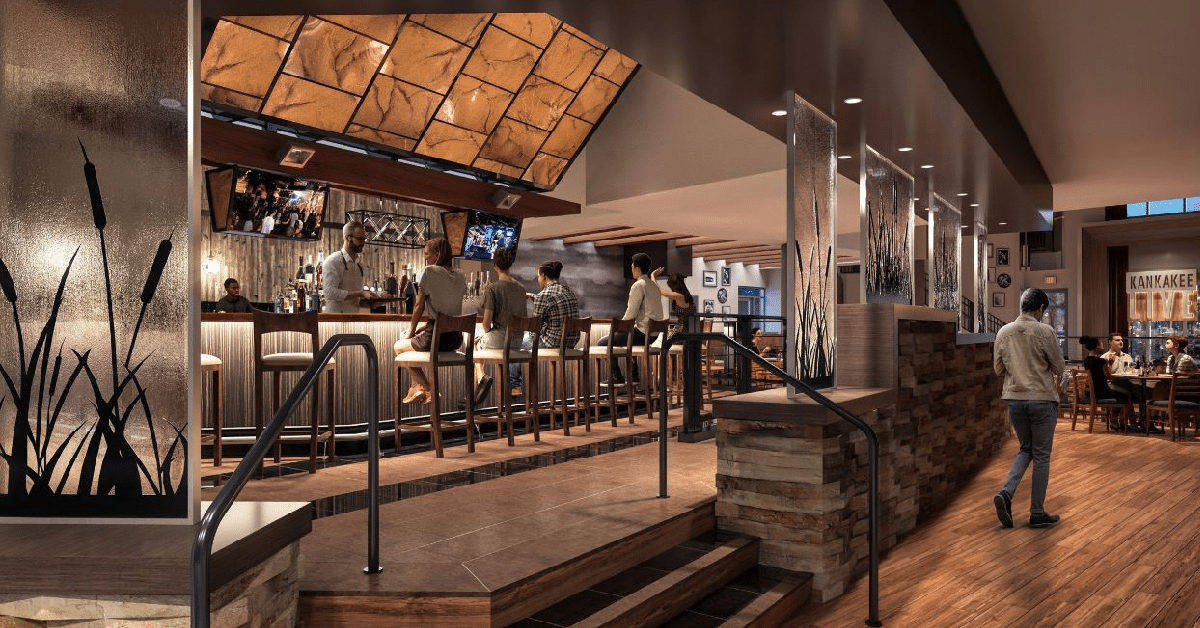 “We would like to thank Hard Rock International for a very positive working relationship over the last nine years,” said Frank Freedman, Chief Operating Officer of Four Winds Casinos. “Four Winds Casinos is well-known for its award-winning food and beverage offerings including our signature Copper Rock Steakhouses, and both Timbers and White Birch Market, which also reside at multiple casino locations. With the success of Kankakee Grille at Four Winds South Bend, and the great live music acts booked by our entertainment team, we felt it was a natural progression to bring our own restaurant concept to New Buffalo. We are excited to introduce this unique dining and entertainment experience to guests that visit our flagship resort.”

“The Pokagon Gaming Authority and our casino operations team are very proud of the success of the Four Winds Casinos brand we’ve worked so hard to build over the last 13 years,” said Matthew Wesaw, Tribal Council Chairman and CEO of the Pokagon Gaming Authority. “We feel the addition of Kankakee Grille will provide us with the added flexibility to make changes and further enhance the unique dining and entertainment experiences that have made Four Winds New Buffalo one of the top casino resorts in the country. We look forward to sharing more details about Kankakee Grille at Four Winds New Buffalo, closer to its opening date.”

About The Pokagon Band of Potawatomi Indians
The Pokagon Band of Potawatomi Indians’ sovereignty was reaffirmed under legislation signed into law by President Clinton in September of 1994. The Pokagon Band is dedicated to providing community development initiatives such as housing, education, family services, medical care, and cultural preservation for its more than 5,700 citizens. The Pokagon Band’s ten-county service area includes four counties in Southwestern Michigan and six in Northern Indiana. Its main administrative offices are located in Dowagiac, Mich., with a satellite office in South Bend, Ind. In 2007, it opened Four Winds Casino Resort in New Buffalo, Mich., followed by Four Winds Hartford in 2011, Four Winds Dowagiac in 2013 and Four Winds South Bend in January 2018. The Pokagon Band operates a variety of businesses via Mno-Bmadsen, its non-gaming investment enterprise. More information is available at www.pokagonband-nsn.gov, www.fourwindscasino.com and www.mno-bmadsen.com