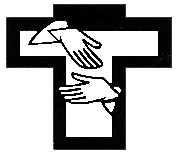 The effort is part of collaboration with the Northwest Indiana Patient Safety Coalition that focuses on the enhancement of patient safety and care, through such programs as the early identification and treatment of sepsis.

“Franciscan Alliance’s efforts in this area are saving lives,” said Laura Dosen, Franciscan Alliance regional business transformation specialist, who is among those involved in its campaign to decrease the mortality rates.

National mortality rates related to sepsis range from 26 percent to 40 percent, according to the Journal of Critical Care Medicine. Franciscan Alliance’s Northern Indiana Region hospitals’ sepsis rates for 2013 and 2014 were 18.45 percent.

Franciscan Alliance follows guidelines established by the national Surviving Sepsis Campaign in its effort to combat the condition, which, if left untreated, can lead to shock, severe organ damage and possibly death.

Sepsis, which is caused by the body having an overwhelming immune system response to infection, is reported to be the 10th-leading cause of death in the U.S. The risk of mortality is reported to increase by 7.6 percent for every hour treatment is delayed, once sepsis is identified.

Statistics show that more than 1 million people nationwide are hospitalized for sepsis every year. Those aged 65 and older are considered to be at higher risk for hospitalization due to sepsis.

People who show signs of a severe infection, such as high fever, altered mental status, confusion and lethargy, should get medical attention quickly.

Other sepsis symptoms include shivering, extreme pain-discomfort, pale or discolored skin and shortness of breath.

“Franciscan Alliance recognizes the clock is ticking with a diagnosis of sepsis,” Dosen said, adding, “Our facilities continue to be diligent in their screenings and aggressive in treatment of identified sepsis patients. We know our patients’ lives depend on it.”