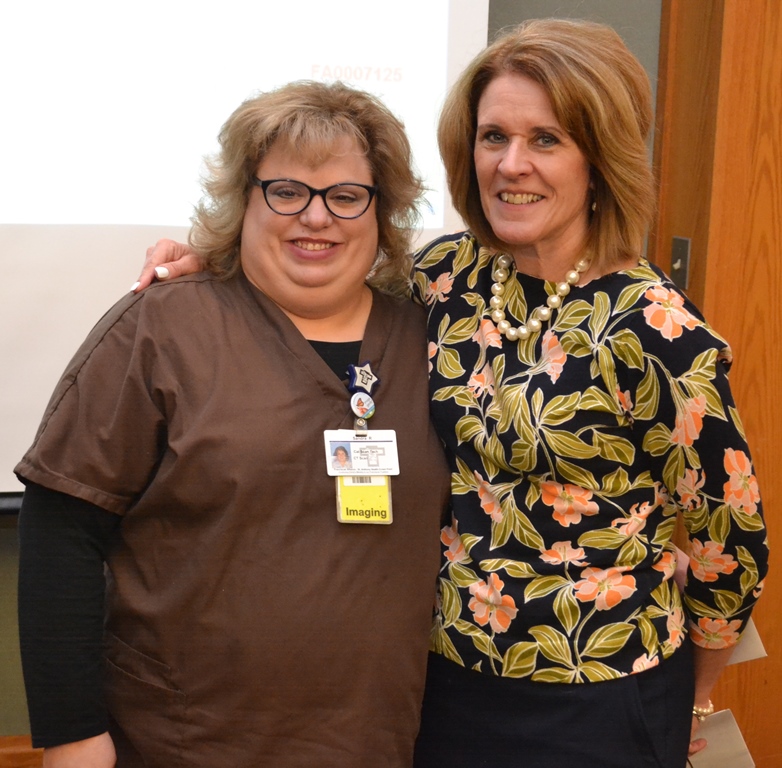 Sandy Ring, left, an imaging department nurse at Franciscan Health Crown Point, is congratulated by Barbara Anderson, hospital president and chief executive officer, during a recent management meeting for Ring’s potentially life-saving efforts to help a Demotte man after she observed a suspicious-sounding cough when the patient reported for a CT scan. A subsequent lung scan revealed a pulmonary embolism. A short time later, the patient went to the Emergency Department and also received treatment from the cardiovascular unit staff.

He was released two days later. The patient sent a letter of gratitude to hospital administrators that Anderson read at the meeting. “It was also discovered that I had a blood clot in my leg as well,” he wrote, adding, “One wonders what would have happened if Sandy did not scan my lungs. She just may have saved my life.” Ring, who has been with the hospital since 1998, was awarded a restaurant gift card and received an ovation from meeting attendees.